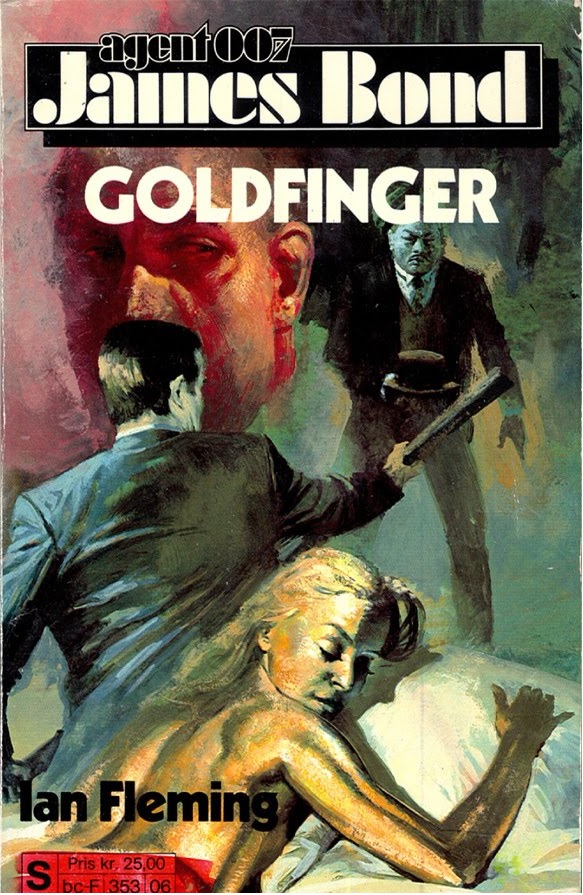 Having read all the Fleming Bond stories with the exception of the posthumously completed The Man with the Golden Gun, I figured it would be interesting to look at them through the lens of pulp.  While usually characterized as spy fiction, it’s clear they were heavily influenced by pulp stories, as well as American (rather than Fleming’s own British) style detective stories.  While I have previously dismissed the series as “enjoyable enough, but nothing special”, one can learn much by examining it more closely.

Most stories follow a similar formula.  There is a long introductory portion filled with information, whether about the characters, the setting, or Bond’s own rye thoughts.  Then, the action begins, with a continuous increase in the tension.  Finally, there is the grand struggle, where Bond is beat up, tortured, on the ropes, and only through great pain and tremendous grit does he miraculously escape and defeat his enemies.

Bond is the “fighting man” often found in the pulps, despite ostensibly being a spy, a line of work that rarely features fisticuffs.  And while I criticized aspects of it, the description of the action in the stories is decent.  Fleming exerts a lot of attention in conveying the particulars, even if there is the occasional clumsiness.  But while it’s better than run-of-the-mill pulp, it lacks the keen or poetic eye for detail found in, say, Howard’s Conan stories.  Part of this is Fleming’s lack of first-hand experience with any type of fighting himself.

The descriptive parts of the book are competent but lackluster.  For instance, in From Russia With Love, dozens of pages are devoted to describing psychopathic assassin Red Grant.  Yet, less is conveyed than the page spent on describing the strangler Baal-pteor in the Conan story Shadows in Zamboula.

The Bond series does not feature the brooding grimdark of more modern works, but its protagonist has a jaded perspective.  He considers many of his cases glumly and is prone to bouts of alcoholism and neglecting his health.  Yet, I wouldn’t call the books “cynical”, as there is a definite belief in righteousness and justice, and that it can triumph over evil.  This was likely a necessary aspect to their appeal.  Neither do the books have much moral complexity.  Bond is a flawed but good protagonist fighting unrepentant evil alongside other purely good allies.  The best pulps were neither cynical nor jaded, but they managed to introduce a certain moral complexity all the same.  (Sabbatini’s titular Scaramouche comes to mind)

One aspect of the stories that shines, and is on par with the best pulps is introducing memorable characters.  Now, this is somewhat overrated, due to the fantastic Connery, Lazenby, and Moore films, which I consider significantly better than the source material in almost every case.  They were far more responsible than Fleming’s work for their imprint in the popular conscious.  Yet, it’s undeniable that even with their description in the books, Bond himself, the villains he faces, and his many love interests are a picturesque, colorful lot.  In addition to a unique appearance and backstory, each one has a different set of behaviors and reactions, not an easy task to accomplish given the number of stories Fleming wrote.  And this is attained despite the fact that, as mentioned above, the book’s descriptions of these characters (as opposed to their actions) can be overdone. 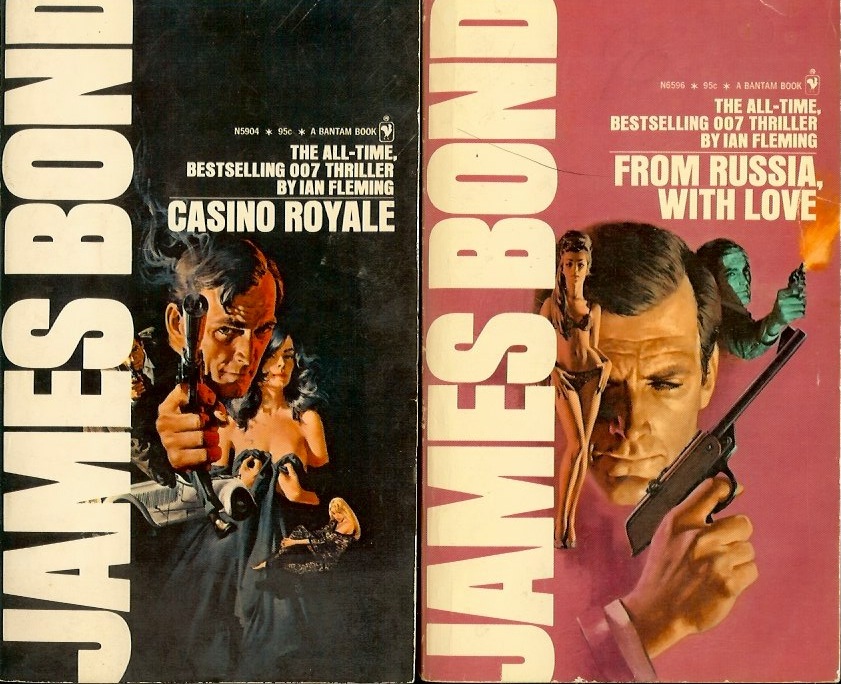 In particular, Honey Ryder in Dr. No is the single best pulp heroine I’ve ever come across.

She is tough, brave, beautiful, independent, and intelligent, without ever becoming a caricature or unrealistic. In fact, as much as I love Ursula Andress (one of the sexiest woman of the 1960s) and her on-screen portrayal, I prefer the book version even more. Here, in her famous scene on Crab Key, Honey isn’t just wearing a bikini; she is completely naked, with only a belt holding a knife on it.

It’s an important distinction, not just for the comparison to Boticelli’s Venus, but because throughout the book Honey is depicted as primal, direct, and unashamed.

Another major difference is that despite being perfect otherwise, Ryder has a badly broken nose, suffered when a white plantation overseer punched her out and raped her as a teen. Honey’s response to this is to calmly go to a doctor to make sure she is not pregnant, and then kill the man in a particularly tortuous, slow manner; a poison she is familiar with.  Throughout this and her encounter with the titular Dr. No, she keeps her composure and bravely resists.  Note too that despite being tough and dangerous, at no point can Ryder go toe-to-toe physically with any man.  She is not a fighter, and her deadliness comes through other means.  It’s a lesson that countless modern works trying to depict women as badasses, including some good ones, haven’t absorbed.

When I think back on all the Bond stories I’ve read, I recall liking most of them, but there is rarely anything gripping or instantly memorable aside from the characters, with a few exceptions. (the ending of You Only Live Twice, the card game in Moonraker)  Nothing reaches the creativity and originality found in the works of Howard, Lovecraft, or at their best, Burroughs and Rohmer.  The sequence of events are usually straightforward enough, although perhaps this is also the reason for their mass appeal.  These were fun, simple, pulp-influenced paperbacks, with just enough jadedness and hard-boiled edge to be fun for an audience in the 50’s and 60’s.

In Fleming’s defense, despite the simple formula and often limited imagination of the stories, it’s not so easy to write a decent facsimile!  I’ve read one Bond story by another writer, John Gardner’s Scorpius, and it was an unmitigated disaster, a bland, action-free mess with none of the charm or excitement of Fleming’s works.

One can learn what not to write from bad books and what to strive from excellent books, but what can one learn for the decent ones in-between, like Fleming’s output?  The main lesson is the importance of memorable characters, which can cover up for a lot of weaknesses.  Also, that the interest and effort invested in a subject might not be enough to make you very good at it, but will at least make you competent.  And lastly, that a fun, simple, appealing tale, even if it’s no classic and frequently formulaic, is often enough for success.