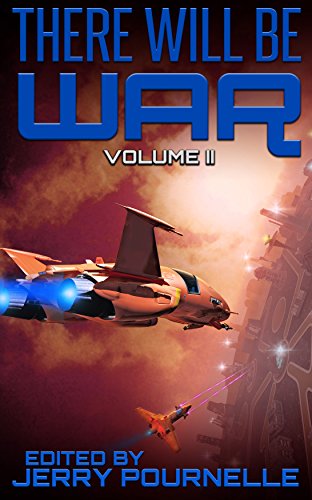 Jerry Pournelle died on Friday, peacefully in his sleep. With his death, America lost an important figure… But Pournelle didn’t just write fiction. His 1970 book with Stefan Possony, The Strategy of Technology, outlined a strategy for winning the Cold War (with among other things, an emphasis on strategic missile defense) that was largely followed, and successfully, by the Reagan administration. He was a driving force behind the Citizens Advisory Council on National Space Policy in the 1980s that helped lay the groundwork for today’s booming civilian space launch industry. And, for me, his wide-ranging columns in Galaxy Magazine, back when it was edited by star editor James Baen, were particularly influential.

I was a kid in the 1970s, which was not a great era to be a kid. We had Vietnam and Watergate, the Apollo space program quit abruptly, oil prices skyrocketed and so did inflation. Even a hamburger was expensive.

And while that was going on, the voices in the media were all preaching gloom and doom. Stanford professor Paul R. Ehrlich, in his book The Population Bomb, was predicting food riots in America due to overpopulation. A group called The Club of Rome published a report titled The Limits to Growth that suggested it was all over for Western technological civilization. Bookstore displays were filled with books like The Late Great Planet Earth that announced the end times. And if that weren’t enough, most people figured we were heading for a global thermonuclear war with the Soviet Union. It looked like we were headed for some sort of apocalyptic future in which Charlton Heston would be the only survivor besides a few apes or mutants.

But Jerry Pournelle never bought it. In his Galaxy columns — eventually collected and published in book form, and still in print — he actually did the math. The fact was, he reported, we could not only survive but, in his words, survive with style.

Castalia House is republishing The Strategy of Technology later this year. Also, today and tomorrow, we are giving away our chief editor’s favorite volume in the entire There Will Be War series, namely, Volume II. It is edited by Jerry Pournelle and features 19 stories, articles, and poems. Of particular note are “Superiority” by Arthur C. Clarke, “In the Name of the Father” by Edward P. Hughes, “‘Caster” by Eric Vinicoff, “Cincinnatus” by Joel Rosenberg, “On the Shadow of a Phosphor Screen” by William Wu, and “Proud Legions”, an essay on the Korean War by T.R. Fehrenbach.

These stories are great and many of them remain relevant today. Just last month, Castalia House was contacted by a U.S. military war college and asked for permission to give out copies of There Will Be War Vol. II to the officers in the class, which permission we obviously granted.

That is what real influence looks like. Most of the authors and the editor are gone now, but the beauty of the written word is that it provides the author with a voice even after death.