John Sinclair: Curse of the Undead 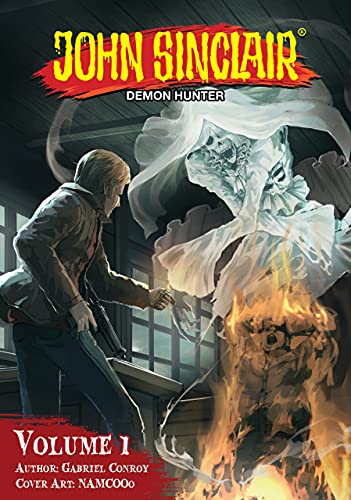 On a cold November night, a grieving father picks up his hunting rifle and shoots his only daughter in the head. The police are mystified. Why was the girl even at the house? Why wasn’t she at the mortuary, awaiting her burial? After all Mary Winston had been declared dead two days earlier. When John Sinclair goes to Scotland to investigate the gruesome murder, he finds a town in the grip of fear.

1973 introduced John Sinclair, Demon Hunter, to German audiences. Sinclair is a Scotland Yard investigator with ties to King Solomon, Henry Sinclair, and Knight Templar Hector de Valois. He also has a penchant for finding undead and other monsters. A weekly pulp serial penned almost exclusively by “Jason Dark”, John Sinclair: Demon Hunter quickly established a reputation for inventive plots and a rich vocabulary. In 2015, the series was rebooted for English audiences, with twelve ebook episodes written by Gabriel Conroy. J-Novel Club is re-releasing this latter series as part of their new pulp fiction imprint.

In “Curse of the Undead”, the first of Sinclair’s English adventures, we find the inspector in 1977, with a stint in the British Army and a lifetime of occult strangeness under his belt, including a personal history with a monster known as the Gaunt Man. But while he does everything in his power to forget what he has seen, a new case is thrust upon him. A string of bloody maulings center around Argyle Castle, now newly owned by a Dr. Ivan Orgoff. Some claim the doctor is actually a necromancer. It is up to Scotland Yard’s Special Division to determine the truth.

“The Devil is in Middlesburgh. He’s punishing us for what we did that night…”

John Sinclair has a droll wit, but fails to fit nicely into extreme credulousness or skepticism. Sinclair follows the clues he finds to their logical conclusion, even if that means supernatural origin, but he does not seek to reject or embrace the supernatural or paranormal akin. The impartial rigor of the investigation is preserved. And when the investigation turns into action, Sinclair proves himself as skilled with his Baretta as he is with observation. In many ways, John Sinclair occupies the middle ground between Weird Tales‘ occult detectives and Larry Correia’s Monster Hunters, incorporating the better parts of each while leaving behind the excesses. While Sinclair is capable in a small fight, even he can be overwhelmed. Fortunately, the cavalry is on call. More correctly, an entire British Army armoured brigade trained to fight the undead and the supernatural, and, more importantly, trained to restore order when all Hell breaks loose.

“Curse of the Undead” heightens the horror, and not just in a period setting where instant communication is rare compared to today. Rather, it relies on the time-old method of telling, not showing. While Conroy does not shy away from violence and gore, he does not revel in describing it. Rather, he quickly tells what happened and then uses character reactions to heighten the horror of the off-screen events. For nothing is scarier than what the reader can imagine, and the indirect approach is a classic technique of true horror. And there are plenty of horrors when the dead rise once more.

But perhaps the greatest achievement of “Curse of the Undead” is Conroy’s ability to tell what’s essentially a zombie story without resorting to the bloated, distended, and rotting corpus of Hollywood zombie movie clichés, or the “perhaps humans are the real monsters” social commentary. What we get is a tense pulp thriller that is as much a clash between heroes and villains as it is a disaster movie. And while the heroes aren’t sure that good exists, they’ve seen Evil, and they act decisively to try to foil it. Because someone has to.

Even when the world is no longer rational.

Or, more likely, because the world is no longer rational.