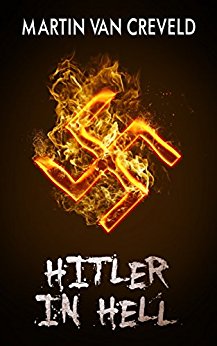 After his death in the Berlin bunker, Adolf Hitler finds himself in Hell. To his surprise, he finds it to be a place of more tedium than torment, although he is depressed to learn that he will never see his beloved German Shepherd Blondi again because all dogs go to Heaven.

With nothing better to do than to pass the time, Hitler reflects upon his life in light of the post-World War II world. He is boastful, unrepentant, and absolutely determined to tell his side of the story, set the record straight, and get even with his enemies—both his contemporaries and those who abused his legend since his demise. In Hell, Adolf Hitler is finally free to tell the true story of the Nazi Party, World War II, and the final solution that eventually came to be known as the Holocaust.

Dr. Martin van Creveld is a military historian who is a major contributor to the literature of war. Professor Emeritus at the Hebrew University in Jerusalem, Dr. van Creveld is one of the world’s leading writers on military history and strategy, with a special interest in the future of war. He is fluent in Hebrew, German, Dutch, and English, and has authored more than twenty books, including the influential Technology and War: 2000 BC to the Present (1988), The Transformation of War (1991), and The Culture of War (2010). He is known for his development of the concept of “nontrinitarian” warfare and is deeply respected by military officers and professional strategists around the world.