JUST RELEASED: Out of the Soylent Planet 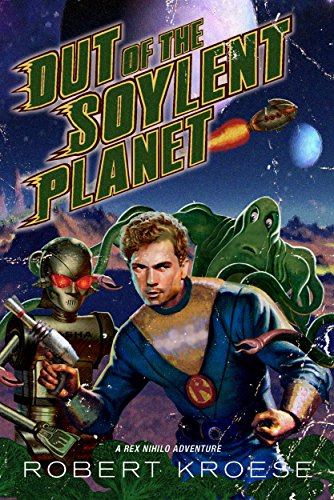 Interstellar con man Rex Nihilo has a price tag on his head. Railroaded into smuggling a shipment of contraband corn to a planet short on food, Rex finds himself on the run from an insidious corporation named Ubiqorp, which reaps obscene profits by keeping the planet dependent on shipments of synthetic rations. When Rex and his long-suffering robot companion Sasha are sentenced to work as slave labor on a massive Ubiqorp plantation, they learn the terrible secret behind the corporation’s products. To escape, Rex and Sasha team up with a mis-programmed combat drone and an intelligent mutant plant to lead a rebellion against their merciless corporate overlords.

This edition of Out of the Soylent Planet also contains the story “The Chicolini Incident.”

“Imagine if Douglas Adams had grown up in midwestern America, and was writing from today’s pop culture standpoint. He very well might produce something like Rob’s Starship Grifters.”

“I don’t often laugh at the books I read, but I found myself chuckling, chortling, at times flat-out guffawing — at times uncontrollably — at Kroese’s humor placed in the best places in the story.”

“Aye, Robot is a comic romp, pure and simple. It’s packed with jokes, puns, inside references, madcap situations and general silliness. This kind of humor is difficult to pull off well, but Kroese makes it look easy.”

Don’t miss these earlier adventures of Rex and Sasha: 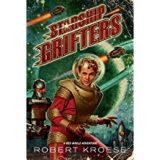