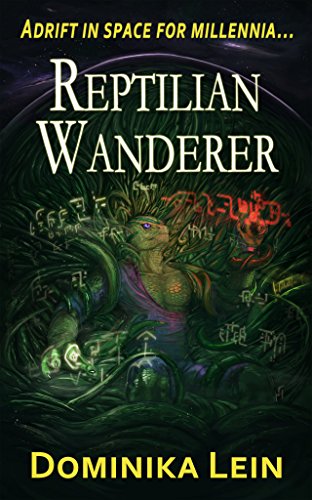 In the cold dark expanse of space, for over 18,500 years, an organic spacecraft known as Niobe has roamed alone. No humans, no galactic civilizations, no family generations, only the remnant of a lost Reptilian crew far from their homeworld. Sinister intentions control routine incarnation systems, leaving the crew at the whim of a madman.

Assigned to be a pilot, Ray has incarnated without memories. He seeks to reclaim his recollections, to remember his purpose and desire, to understand why he can hear the voice of his flying pod when others hear nothing. With mystery around every turn, he discovers allies and foes alike within their insular world.

Reptilian Wanderer tells a story of when aliens find themselves alone in space, with no one to find. Disconnected from their world with no apparent mission but continued survival. It shares the madness that can come with immortality, the confusion that can come with remembering a thousand lives, and the love a living machine can develop for her crew.

Reader Praise for the work of Dominika Lein:

“The closest thing I can compare this work to is the Ghibli movie Spirited Away. Some similar ideas are presented, the ebb and flow of a spirit realm.”

“I, the One is a short, though dense, tale of dispossessed souls and the seemingly ruleless landscape they occupy, an ethereal Wild West, where the strong control–and consume–the weak. Lein’s writing is nothing short of impressive in describing such an otherworldly reality, appropriately called The Other Side, in a way that’s coherent and understandable.”

“I, the One is disturbing. I mean this in the nicest way possible. It is a world of souls where the strong devour the weak. During this short read, I could feel the tension rising with each page. I have never read anything quite like this before and I want more!”

Don’t miss her debut short story I, the One: 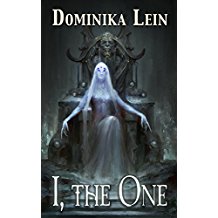