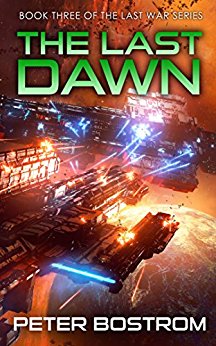 Another ship travels from humanity’s bleak future, targets a populated planet … and lays it waste in a fiery apocalypse. Nothing survives, and the ship disappears. In the midst of the recovery, Admiral Jack Mattis finds more questions than answers as he tracks down the dreadfully powerful enemy ship.

But the most pressing question: why are these mutated humans from the future relentlessly attacking us? What do they want? And at what cost?

And are these the same creatures created by the genetic research corporation exposed by Mattis on the planet Chrysalis?

The answers lie at the root of a deep conspiracy that goes beyond governments, beyond corporations. A conspiracy that will stop at nothing to succeed, and achieve ultimate power over humanity.

And as the deadly ship prepares for its final catastrophic strike, Admiral Jack Mattis and the crew of the Midway are the last defense between us, and our last dawn.

“From beginning to end this novel is a thriller with mature, well written characters engaged in complicated and bloody conflict.”

“This is a fun read for anyone who loves space battles. Nice background political mystery.”

“Cold War intrigues, politics, aliens, and almost non-stop action! It doesn’t get much better than this!” 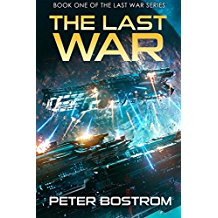 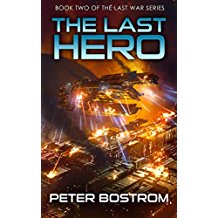