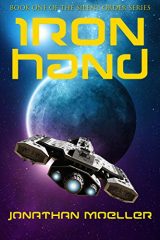 The galaxy is at war, but wars are won and lost in the shadows.

To the galaxy at large, Jack March is a privateer of the interstellar Kingdom of Calaskar and a former Iron Hand commando of the malevolent Final Consciousness. In truth, he is an alpha operative of the Silent Order, the most efficient and feared intelligence organization in human space. When there is a crisis, Jack March is the man to call.

But there are many forces that wish to enslave or destroy humanity.

And when a mission leads March to a lawless asteroid space station, he might be the only one left to stop those forces… 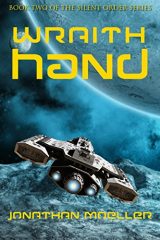 The galaxy is at war, but secret weapons can change the destiny of empires.

When Jack March steals a sinister mind-control machine from the ruthless Final Consciousness, he needs to get the device to his superiors in the Silent Order.

But the Final Consciousness will burn entire civilizations to get the machine back.

“With a strong protagonist in Jack March and an interesting take on science fiction, it’s a refreshing change of pace from the author that still carries his distinct style. “ 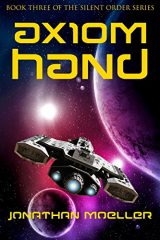 The galaxy is at war, and a death at the wrong time and the wrong place can destroy an empire.

When several junior officers are murdered, Jack March is sent to track down the culprit. The trail leads him to a decaying world and a brutal war between two crime syndicates.

But one of the crime syndicates has a secret ally that could slaughter billions.