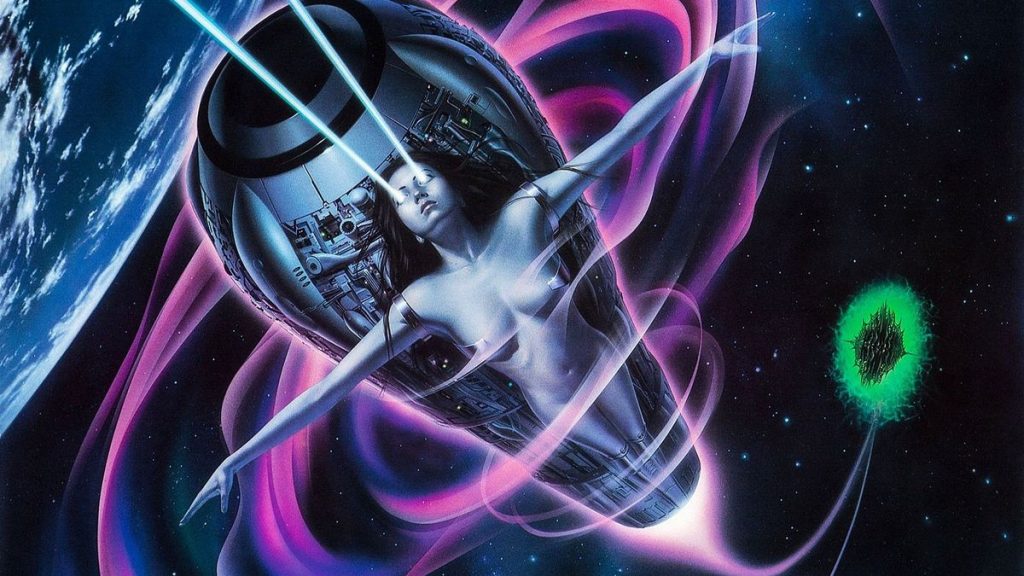 A few months ago, I watched Lifeforce (1985).  Directed by the late Tobe Hooper, a group of astronauts unwittingly discover a colony of space vampires nestled inside Halley’s Comet.  Naturally, they bring the queen, played by 20 year-old Mathilda May, back to Earth, who proceeds to run amok all over London.  It’s a crazy little film.  May spends most of it calmly walking around naked, the vampires shoot electricity from their mouths to suck the life energy of their victims and turn them into dust, Patrick Stewart gets demonically possessed and pumped full of narcotics, there are several sex scenes, including an orgy, and London becomes overrun with vicious zombies a good 17 years before 28 Days Later.

Undoubtedly, the movie has its problems.  Certain events make zero sense except as a way to advance or resolve the plot, others contradict previously established information, and the ending is a bit weak and anti-climactic.  It also suffers from some of the endemic problems of adapting science fiction books into movies I’ve previously written about, And yet, I enjoyed Lifeforce.  It had a strange, unique energy and style to it.  Not everything was explained, nor did it need to be.  There were plenty of bizarre, garish scenes, as well as a pervasive sense of unease.  It did not even fully follow a conventional three-act structure.

Moreover, the film was gorgeous, and not only because of May’s perfect body.  It has a unique visual aesthetic, using lush, dark tones throughout, and pulling off some of the best chiaroscuro I’ve seen on screen.

Those two elements, the unusual nature of the plot and scenes, and the creative look, are sorely missing in more modern science fiction and fantasy movies.

Now, some people might be scratching their heads at the latter.  Many modern science fiction movies look fantastic, they would argue!  And I would agree.  However, they all look good in the same CGI-heavy, digital film saturated manner.  They lack an original aesthetic.

And of course, it’s hard to argue the first point.  Science fiction movies are as simplistic and straightforward as any other genre, and utilize the exact same “Save the Cat” three-act structure. 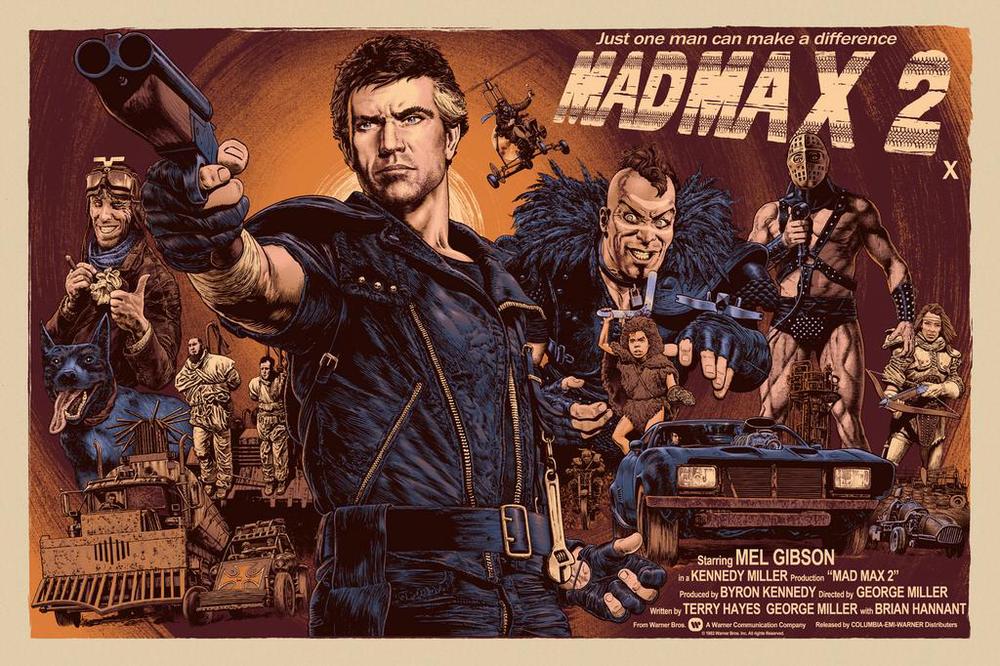 Yet another custom poster that is many times better than the actual posters used to promote the movie.

To see an even clearer contrast between then and now, consider one of the better science fiction movies of the last few years, Mad Max: Fury Road (2015).  Essentially, it’s a remake of the second half of Mad Max 2: The Road Warrior (1981), which also featured combat between racing caravans.  And yet, while plenty entertaining, the recent movie lacks the weirdness and quirks of the original.  Is there anything as deliciously fun as the introduction of Lord Humongous, for instance?  Or the weird wild kid with the killer boomerang?  Sure, the newer film has the electric guitar punk and a few other fun baddies, but there is as much creativity in that four-minute clip above as in the entirety of the newer movie.

Visually, Fury Road looks very nice, but it’s saturated with teal and orange.  For those who don’t know, those are the colors that damn near EVERY modern film abuses to hell.  Even the video I linked to admits it’s an easy, safe, standard aesthetic for those who don’t want to be bothered with doing anything original.

What is the reason for this?  It might be tempting to blame the original Star Wars. While an excellent film, it had a number of very unhealthy influences on subsequent works.  Wanting to replicate its insane success, later science fiction and fantasy movies would have a greater focus on a younger audience and simpler, more heroic stories.  There is some validity to this, but note that the aforementioned Lifeforce came out several years after the original trilogy!

More generally, it’s related to the gradual decline of lower-budget movies, particularly in the realm of science fiction and fantasy.  Lifeforce was produced by Cannon Films, a smaller company that came out with a lot of great shlock during the 80’s.  It was one of their highest-budget pictures, and still only cost $25 million.  By contrast, most major science fiction and fantasy films nowadays are produced by huge companies, frequently cost more than $100 million, and are intended to appeal to a wide audience, especially young people.

Thus, there is a unique charm to these older movies, regardless of how much weaker the special effects are.