Kwaidan: Of a Mirror and a Bell 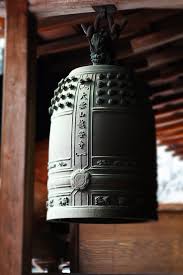 After reading “Of a Mirror and a Bell”, found in Hearn’s Kwaidan (Ghost Stories), Bond might be protesting too much. Hearn’s collection of Japanese legends, written months before his death, has been highly influential, influencing many Weird Tales authors, including Manly Wade Wellman, and Japanese culture as well. Kwaidan holds the first appearance of the legendary yuki-onna (snow woman), a favorite monster in Japanese popular fiction. And four of its tales became the basis for the Oscar-winning film Kwaidan.

But reading from Kwaidan is different than most fairy tales and fantasies. Rather than make up his own tales, Hearn, an Irish writer who stopped in New Orleans before emigrating to Japan, collected many oral tales from around Japan and published them. The result is a set of unembellished stories that might read thin on the page, but are utterly riveting when read out loud, like many early collections of oral traditions. Over time, these tales have been rewritten and embellished by other authors, but they lose the stark focus of the recorded oral tale. Hearn preserves this and provides cultural explanations to explain to English audiences what is happening in the tale.

“Of a Mirror and a Bell” is two stories bridged by an explanation of sympathetic magic. The first story, found elsewhere as “The Bell of Mugen,” tells of the making of a bell some 900 years ago. The local temple wanted to make a bell and asked for donations of bronze mirrors. A young woman gave her cherished bronze mirror, then regretted it. Because her gift-giving was not pure, the mirror would not melt. Out of shame–and after extensive bullying by the town–the young woman killed herself, but not before she placed a blessing upon the bell. Whoever struck the bell and broke it would become rich. Tired of the near constant ringing of the bell, the priests threw it into the swamp.

Hearn then pauses and explains a tradition similar to the voodoo doll in Japan. Using similar magic, many would try to break a small brass basin and get the blessing for breaking the buried bell. Some actually succeed and get a significant portion of wealth, enough to be immortalized in song. But one couple finally wins the full blessing, and the woman’s ghost appears to hand over a cup–

Hearn ends this legend with an unfinished tale of a likely not-blessing delivered by the woman’s ghost herself. Some think the unmentioned treasure was money or jewels. Knowing youkai, it was likely something horrific. But Hearn won’t say.

The retellings omit these later tales, as well as the mirror woman’s shame and suicide. This results in a story cleaned up for kiddies, but also one robbed of the horror and sympathy found in Hearn’s version. Living in Ireland and New Orleans prior to moving to Japan, Hearn was familiar with the strange and foreboding, with the Gothic in a way last seen in Weird Tales. Losing this familiarity has robbed much of horror and legend of its impact.

In short, Hearn’s ghost stories read like legends, but until you read multiple versions side by side, it is difficult to see how less is more.