Light Novels: The Arrows of Time 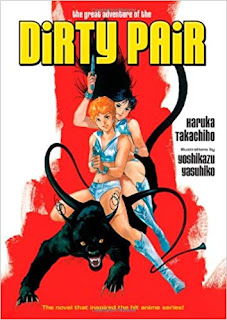 Up to this point, this light novel survey has been focused on stories set in the writers’ present. The recent history of the medium can be organized into three great periods: the secondary fantasy worlds of  the 1980s and 1990s, the primary fantasy adventures of the 1990s and 2000s, and the isekai portal fantasies of the 2000s and 2010s. More than twenty years of popular fiction has used the present as its staging ground, as primary and isekai fantasies are concerned with the affairs of the present–or, at least the present at the time of writing. But fascinations with the past and with the future are universal, and light novel writers have explored history and visions of the future in addition to the preoccupation with the present.

With that said, the arrow of time normally points forward in light novels. History tends to fuel the settings of the secondary fantasy worlds, as in the quasi-medieval Germany of Spice & Wolf, with classical China, Heian and Warring States Japan, and Continental Middle Ages Europe providing the common milieus. Historical figures do tend to be re-imagined into primary fantasies as well, such as in the complete re-imagining of the characters of Twenty Years After of the d’Artagnan romances into the isekai magical academy of The Familiar of Zero. As a result, those looking for historical adventures similar to the Sharpe series or the Three Musketeers might be better served by manga as Cesare, Vinland Saga, or Ruroni Kenshin. However, a handful of history themed light novels have made their way into English publication, including the previously mentioned Full Metal Panic, by Shouji Gatou, a military mecha adventure fueled by an alternate history of the Cold War, and Ryohgo Narita’s Baccano, a Great Depression mobster fantasy that combines the farce of Lock, Stock, and Two Smoking Barrels with European alchemical magic. 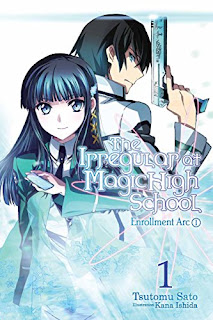 Science fiction is far more popular, but not quite in the same form as American audiences may understand the genre. Japan has a storied history in the genre, with weightier Campbellian and Wellsian speculative social fiction finding a home in more traditional novels, while Continental-style (1) futurist fantasies fill the pages of light novels. As a result, light novel science fiction embraces the genre-blending of “science fantasy”, incorporating any plausible or implausible element as long as it can be dressed up in polished metal and shining composite plastic–especially in the use of magic, whether it be in the sufficiently advanced technologies of telepathy, telekinesis, and other forms of Esper mentalism, or the application of computers to Sandersonian hard magic.

Perhaps no genre better illustrates the blended futurist fantasy quite so much as the Battle Academy. These near-future settings combine the magical academies of places like Hogwarts with computers and other forms of technologically-assisted magic. Students at these academies strive to climb the rankings in their class, often through the familiar trope of fighting tournaments. Meanwhile, dark conspiracies play out at the academy, using the students as pawns. As combat and intrigue rage around the often troubled and ostracized hero, he earns respect and a place in the school’s social scene through his prowess. The Irregular at Magic High School, by Tsutomu Sato, follows this outline best, with The Asterisk War, by Yuu Miyazaki, a more light-hearted take on the formula. Kazuma Kamachi’s A Certain Magical Index adds a layer of complexity–and the occasional whiplash from tone changes–by forcing the hero to navigate delinquents, predatory professors, and a silent war between scientific Espers and magic-wielding churchmen. 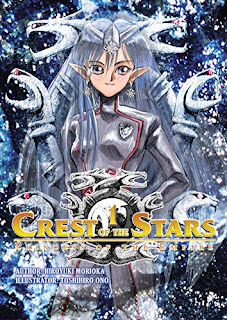 However, those looking for more familiar genres of science fiction will not be disappointed. Space opera looms large, with the True Tenchi Muyo novels expanding on the worldbuilding of the original anime’s OAV continuity, and the classic Crest of the Stars (reviewed here). Haruka Takachiho’s classic The Dirty Pair follows the Lovely Angels, a pair of intergalactic crime fighters who tend to forge an unmistakable–and unintentional–path of destruction. Asato Asato’s 86 taps into the strong dystopian vein of Japanese science fiction as it investigates the forsaken soldiers forced to fight in their government’s “bloodless war”. And while video game isekai brushes up against many of the same themes as cyberpunk, Ghost in the Shell: Stand Alone Complex further explores the setting and themes of the classic cyberpunk manga.

The arrow of time flies onward, and readers find themselves at the end of the isekai age, as the popularity of the genre and the web novels that fueled it are waning in Japan. What might replace it, no one knows. It could be a return to the detailed secondary fantasy worlds, the low fantasies of the current day, or even the grand space operas of the 1970s and 1980s. Meanwhile, English publishers such as Yen Press, J-Novel Club, and Vertical are bringing the vast backlog of this medium to a growing and enthusiastic English-speaking audience.

(1) “Ah, well, you’re now taking the German view that any romance about the future is science fiction.” C.S. Lewis, “Unreal Estates”. Of Other Worlds: Essays and Stories.