Mongoose and Meerkat: Fight of the Sandfishers

Celziz plans to denounce Teriz, a royal guard of Alness, as a traitor who shirked his duty as the city fell! Jalani hopes that Mangos can stop him before it gets him killed! 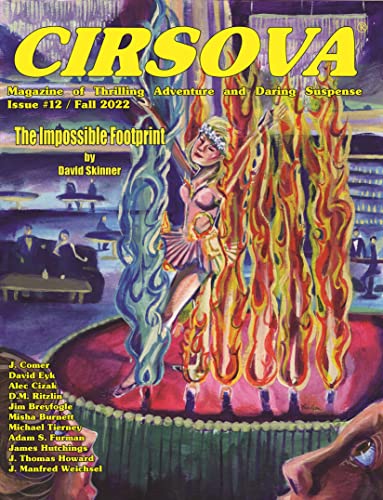 And, for the first time, Mangos speaks in his own words. This is a  fitting development, as Mangos has been the perspective character that the narrator follows throughout the series. Here, it heightens his separation from everyone else in the story, for, in all things Alnessi, Mangos is an outsider struggling to understand. It also showcases his character arc, as Mangos’s adventures have given the hot-headed swordsman a contemplative side.

Swords, after all, are no use when you are trying to keep a friend from throwing his life away.

Celziz, previously seen in “Sword of the Mongoose”, watched Teriz, a member of the Alnessi Royal Guard, execute an Alnessi prince. Now, he seeks to denounce Teriz, to face him in combat, or hunt the traitor if he does not respond. It is certain death for a guard to call out an elite Royal Guard, but honor demands it.

For the people are whispering that a prince of the Alnessi survived. The cryptic Kat grows even more so upon this news. It is no secret that Kat has an unspoken connection to the Alnessi royal family–some readers even propose that she is an Alnessi princess. But the Meerkat still adroitly deflects exactly what the Alnessi are to Kat, and Kat to the Alnessi.

Suffice to say, honor wins the day, handing the Mongoose a rare defeat. And, as expected, Celziz falls to Teriz’s brother before he can declare the traitor’s crime.

No one expected Kat to take up the fallen man’s cause and, more urgently, his fight.

Now Mangos must watch from the sideline as Kat faces down Celziz’s slayer, the brother of the traitor who killed a prince.

I could not shake the feeling something had happened here. Something about honor and deciding whom you would stand with. Something that mattered to me. Given time, I might figure out what.

There is much to ponder. Mangos does not understand, but he does not scoff at honor. Kat inadvertently reveals more about herself. Both raise more questions than what are answered, with much to contemplate. But what is clear is that a die has been cast.

And the Mongoose and Meerkat have revealed themselves to enemies more fearsome than fantastical mafiosi.

A handful of stories remain. So, as always, we await the next issue of Cirsova.