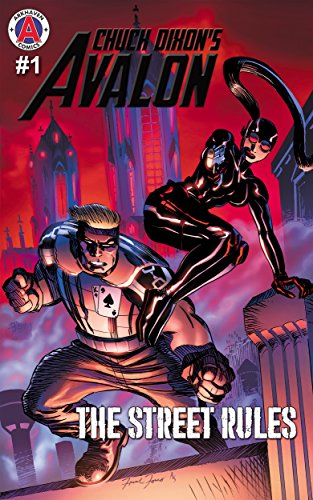 In case you’re interested, we’ve got THREE new print editions out this week in the Castalia Books Direct store that may be of interest.

First is CHUCK DIXON’S AVALON #1: THE STREET RULES, which is available in a gold logo edition for $2.99. We very nearly got it out as fast as the digital version thanks to our new production process, which cuts 4-5 days off the previous pre-print routine. This means that all of our new print editions will only be available on Castalia Books Direct for a week or two, before they eventually show up on Amazon.

Second is the brilliant SUPERLUMINARY trilogy by John C. Wright. It contains The Lords of Creation, The Space Vampires, and The World Armada and is a 482-page paperback. Although it retails for $27.99, we’re able to offer it at $19.99.