Viking astronauts, grounded mech pilots, and stranded colonists are featured in this week’s roundup of the newest releases in science fiction. 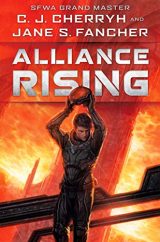 For years, the stations of the Hinder Stars, those old stations closest to Sol, have lagged behind the great megastations of the Beyond, like Pell and Cyteen. But new opportunities and fears arise when Alpha station receives news of an incoming ship with no identification. The denizens of Alpha wait anxiously for news about the outsiders, each with their own suspicions about the ship and its origins.

Ross and Fallon, crew members of the Galway, believe the unidentified ship belongs to Pell and has come to investigate another massive ship docked at Alpha, The Rights of Man. Though Rights is under the command of the Earth Company, it is not quite perfected–and its true purpose is shrouded in mystery.

James Robert Neihart, captain of Finity’s End–a huge faster-than-light ship flown by one of the Merchanter Families–has heard whispers of The Rights of Man and wonders at its design and purpose, especially as Sol struggles to rival the progress of the Farther Stars. Now docked at Alpha, he must convince the crews that there is more to The Rights of Man than meets the eye.

Because the reasons behind the creation of The Rights of Man, and its true plans, could change everything–not just for Sol, but for the Hinder Stars and the Beyond itslf. 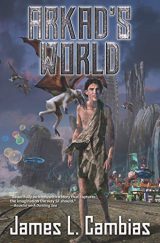 Young Arkad is the only human on a distant world, on his own among beings from across the Galaxy. His struggle to survive on the lawless streets of an alien city is disrupted by the arrival of three humans: an eccentric historian named Jacob, a superhuman cyborg girl called Baichi, and a mysterious ex-spy known as Ree. They seek a priceless treasure which might free Earth from alien domination. Arkad risks everything to join them on an incredible quest halfway across the planet. With his help they cross the fantastic landscape, battling pirates, mercenaries, bizarre creatures, vicious bandits and the harsh environment. But the deadliest danger comes from treachery and betrayal within the group as dark secrets and hidden loyalties come to light.

The war for the fate of the galaxy is underway.

The Empire and its allies struggle to find a way to strike back at the Enlightened, who are employing raiding tactics to set the galaxy on fire. And with their new ability to travel through access points, the job of the galactic alliance is that much harder. Meanwhile Adrian, unable to force a confrontation with the three Enlightened turns his eyes to the Custodian, the ancient AI that had until recently kept the Enlightened contained. Now the AI had joined the Enlightened side, allowing them the use of access points. And Adrian worried that the threat of the AI might eclipse even that of the Enlightened.

Tomas moves to keep the galaxy from collapsing, as different star nations reach out seeking help as the Enlightened invade and decimate their systems. Meanwhile the Josanti League, the star nation that had been the primary target of the Enlightened, refuses the galactic alliance’s offer for aid.

Adrian and Tomas have different ideas as to how this war needs to be fought, but there is no more time. The Enlightened have put their plan into motion, and the doomsday clock is ticking. 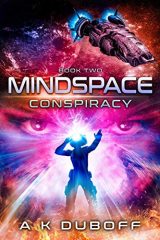 Kira’s greatest opponent may be herself.

Following her exposure to experimental nanotech, Captain Kira Elsar faces an uncertain future. But uncontrollable transformations aren’t her only problem.

A previously undetected alien menace, a race capable of remote telepathic control, is threatening her home system… and the Tararian Guard. With the discovery that a government official in Kira’s home system has been subverted, Kira’s team must get control of the situation before the Elvar Trinary descends into chaos. 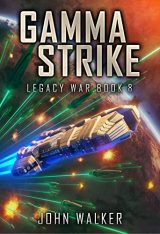 An End in Sight.

Four of the six Orbs have been brought together, combined in an effort to hunt down the secret base of the dreaded Tol’An terrorists. Humanity and their allies have gathered together on Earth to discuss the final attack, combining forces to bring peace to the galaxy. It is a time of hope and anticipation.

But even as the allies stand ready, they find themselves faced with a desperate enemy, one willing to do whatever it takes to win the day. As they struggle against forces outside and in, humanity must fight like never before for the stakes have never been higher. They face the utter destruction of the planet Earth…and all of humanity with it. 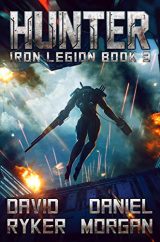 After the clusterfrak on Telmareen, James ‘Red’ Maddox has been out of the fight for thirteen months. When you’re used to the adrenaline rush of fighting aliens while strapped into twenty tons of Federation steel, ship duty is worse than torture. But the team is under scrutiny. One misstep, and they’ll never pilot their mechs again. All they can do is hurry up and wait.

Until they’re thrown a lifeline – a way to prove themselves to the brass. Someone’s slinging Isckara on a neutral trading station, far outside Federation-controlled space. It’s not much, but it’s a clue, and it’s all they’ve got. Volchek and the team mount up – quietly. The Federation can’t afford a diplomatic incident. Unfortunately, where Red goes, chaos follows.

And so does the body count… 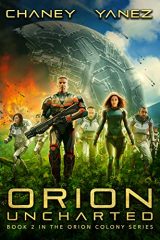 The Orion has fallen.

After barely escaping with their lives, the crew of the Orion has scattered across an unknown world. With a diminishing hope of returning home, they have no choice but to band together.

But between the local wildlife, lack of supplies, a missing crew, and a strange, ominous door that can’t be opened, Dean and his new friends will need everything at their disposal to survive.

This isn’t the home they expected, but they didn’t come this far to give up and die. 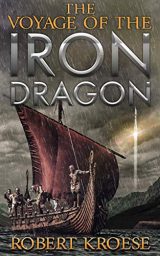 In the 23rd century, humanity has been hunted to the verge of extinction by an alien race. When an exploratory ship accidentally travels back in time to Viking age Scandinavia, the human race is given a second chance. Pursued by the power-hungry King Harald, the four surviving crew members join a ragtag band of Vikings as they pillage their way across Europe. It will take all their ingenuity, courage and technical know-how just to survive. But survival is only the beginning. To save humanity, they must somehow return to the stars.

Thus begins a decades-long effort to teach the Vikings to build a craft capable of reaching space—a ship that will come to be known as the Iron Dragon.