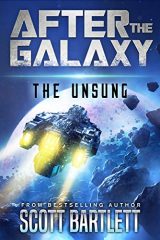 After the Galaxy: The Unsung – Scott Bartlett

We colonized the galaxy – then abandoned it. He defends what’s left.

Joe is nearing the end of a long deployment, and he’s looking forward to some home leave so he can visit his daughter. Protecting digital people pays the bills, but Joe is one of the few who still prefer to spend time with those made of flesh and blood.

His last assignment takes him to Earth, humanity’s deserted homeworld, to learn why all contact has been lost with Sol’s Subverse – the digital utopia where most of humanity now lives. He’s expecting the answer to be boring. Probably, rats chewed their way into the server room again.

He couldn’t be more wrong.

First, he finds a pirate impersonating the corporal responsible for guarding the Subverse terminal. Then he visits Earth’s last settlement to find everyone dead…except the children, who have all been taken.

These are the first clues that lead Joe on an epic journey across a dying galaxy, with only his training and skill to rely on. A mysterious enemy seeks to make slaves of the last real people left, and if Joe can’t put a stop to it, the human dream will die. 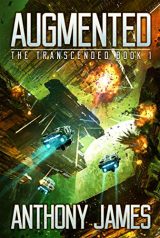 Lieutenant Becky Keller’s brain is fitted with a processing core which can outthink and outfly the most advanced battle computers in the Space Corps. Not only that, she’s blessed with the gift of the psi and her intuition is unparalleled in the military.

Keller finds herself partnered with another one from the labs. Joe Nation is packed with so many augmentations, he can’t remember which parts of his body are real anymore. All he knows is covert ops, and with his stealth and assault modules, there’s no one better at it than Nation.

The pair of them are given a mission – take the Retaliator class SC Gundar, infiltrate the Isob-2 processing facility of a semi-hostile alien species known as Estral, and find out if they’re breaking the terms of a peace treaty.

It’s easier said than done. The Estral are spoiling for war and they don’t want human agents poking around in their business. Deep within the Isob-2 facility, something hostile awaits and no one in the Space Corps is prepared for it.

The first of the Transcended have come and they aren’t looking for peace. 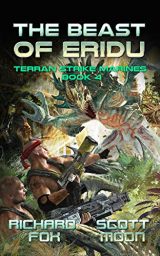 An ancient Beast awakens, and only Lieutenant Hoffman and his Strike Marines can put it down.

On the sweltering jungle world of Eridu, hidden in an ancient vault is an artefact which will change the course of the war against the ever-encroaching Kesaht armada. But guarding it is a deadly creature, a Beast with the ability to destroy any technology it encounters.

When modern equipment fails the Strike Marines, and with the fledgling human colony on Eridu under threat, they must turn to a hero of the Ember wars and a tracker without peer.

But The Beast isn’t the only threat the Terran Strike Marines still face. Another enemy lurks in the shadows of Eridu. One bent on revenge against Hoffman. 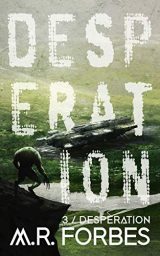 The Deliverance has arrived.

The planet is beautiful, lush, teeming with life and perfectly suited to the colony’s needs. It’s supposed to be everything they ever dreamed of.

Instead, it’s a nightmare.

Caleb knows the truth. The ship’s real mission has nothing to do with settlement. The plan is much more sinister than that.

Now the race is on to prepare for the coming storm, to secure the colony and find the enemy before the enemy finds them.

But when fear leads to a desperate betrayal, will it be the innocent who pay the ultimate price? 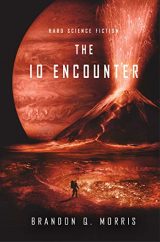 Jupiter’s moon Io has an extremely hostile environment. There are hot lava streams, seas of boiling sulfur, and frequent volcanic eruptions straight from Dante’s Inferno, in addition to constant radiation bombardment and a surface temperature hovering at minus 180 degrees Celsius.

Is it really home to a great danger that threatens all of humanity? That’s what a surprise message from the life form discovered on Enceladus seems to indicate.

The crew of ILSE, the International Life Search Expedition, finally on their longed-for return to Earth, reluctantly chooses to accept a diversion to Io, only to discover that an enemy from within is about to destroy all their hopes of ever going home. 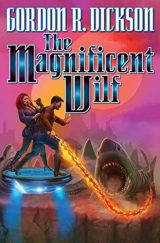 We are not alone in the galaxy—not by a longshot. And extra-solar civilization has come calling. Now, Tom Parent, his linguist wife Lucy, and their Great Dane Rex must travel the stars as ambassadors of Earth. Their mission: to prove Humanity deserves to be considered equal to the scores of established alien cultures. Earth’s acceptance hinges on building good relationships with these aliens, and the genteel Parents seem the perfect candidates for wooing extra-terrestrials.

Of course, they’ll have to tread carefully among these brave new worlds that have such creatures in them! Soon what starts as a straight-forward goodwill tour is complicated when Lucy is mistaken for a Wilf—a lifeform that manipulates others toward moral behavior—and Tom accidentally joins a galactic council when he sits in the wrong chair. On top of that, their faithful hound Rex starts talking. And maybe it’s best if we don’t mention the singing gelatin-mold-like alien they have to rescue from becoming dessert.

It’s action and adventure for Tom, Lucy, and Rex, and a laugh-riot for the reader in this classic novel from Science Fiction master Gordon R. Dickson! 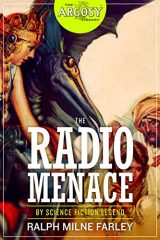 The Whoomangs have returned! They have invaded the Earth! Those who know are considered crazy! How will the Earth be saved? And who are the Whoomangs?

When Boston’s U.S. Assistant District Attorney disappeared, not even the investigators knew that this was the opening gun of a weird and secret invasion of America. Trailing this disappearance, reporter Larry Larrabee finds himself pitted against amazing adversaries with strange scientific weapons and stranger, non-human allies: an overwhelming army of robots led by beast scientists from the planet Venus.

One of the most beloved of the fantastic story pulp authors akin to Edgar Rice Burroughs, author Ralph Milne Farley pens another installment of his popular Radio series, The Radio Menace. 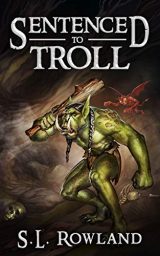 Punished for his toxic online behavior, Chad faces a thirty-day sentence of full-immersion therapy designed to improve his anger issues. For his endless trolling in real life, he’s forced to play the most hated race in Isle of Mythos so that he can finally experience what it’s like to be on the other side.

To make matters worse, the heroes sent to rid the world of evil aren’t heroes at all—they’re violent felons on their own twisted paths to redemption.

Now, Chad must survive his one-month sentence in a world where anything goes. 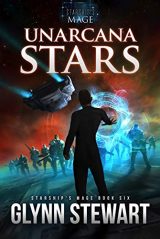 It has been over a year since the UnArcana Worlds of the Protectorate of the Mage-King of Mars seceded, shattering the unity of the human race. The new Republic of Faith and Reason has raised new banners in defiance of the power of the Protectorate’s Mage aristocracy.

Now, Hand Damien Montgomery commands a relief mission to a Republic world ravaged by famine. His humanitarian mission collides with a newborn military beginning to flex its muscles–and a newborn nation prepared to accept no violations of its sovereignty, regardless of their needs.

Elsewhere, disaster strikes the Nia Kriti Fleet Base as an earthquake shatters their only communication with the rest of the Protectorate. Officer-in-training Roslyn Chambers is in the middle of the recovery effort when she realizes Nia Kriti is under attack.

The Republic is done with peace. They are coming for the Protectorate–and they will see the fleets of Mars break! 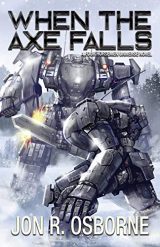 Bjorn Tovesson III, the owner of Bjorn’s Berserkers, is a man tied to the past, but who’s not afraid to innovate. Whether it is new tactics or new equipment, Bjorn is willing to try anything, once, in an effort to grow his company into the status of the fabled Four Horsemen.

Looking to the future with his eyes open, though, he has seen a series of unfortunate occurrences running through the ranks of Earth’s mercenaries. Companies in financial troubles, some taking huge losses on contracts…and others not returning from their contracts at all.

His father always taught him to prepare, and Bjorn is working to diversify his operations, including moving the company to a planet with a sizable portion of aliens who are already members of the Galactic Union. Nothing bad could happen to them there, right?

But as the storm clouds continue to gather, his past is on a collision course with the present, as another of Earth’s mercenary companies is out to get him…and with the support of the Mercenary Guild, they have the forces to overwhelm him! Will Bjorn’s preparations keep the Berserkers safe, or will they become yet another unfortunate occurrence?