Victorian detectives, magical girls, superheroes, and half-orc henchmen fill this week’s roundup of the newest releases in fantasy and adventure. 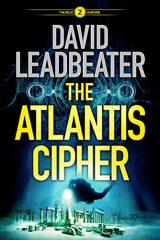 A lost world. An ancient code. A deadly chase.

Five ancient statues have been unearthed in South America, each containing a mysterious coded message hinting at an origin many thought impossible: the mythical world of Atlantis. As word of their discovery spreads, the prized figurines become a treasure bounty hunters will kill for.

CIA agent Heidi Moneymaker calls in the only team for the job: Guy Bodie and his posse of relic-hunting thieves. If they are to find the ancient civilization, Bodie and his team must decode a series of clues—starting with the cipher on the statues themselves—that will take them across the world and to the deepest depths of the ocean. But they are not alone in their mission.

Pursued by mysterious forces intent on keeping the legendary empire hidden, hunted by Chinese special forces and the relic hunters’ lethal foe, the Bratva, the team races to find the lost land—and Bodie’s enemies will stop at nothing to be the first to discover Atlantis’s secrets. 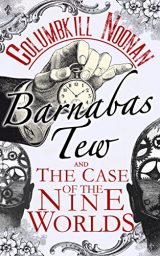 Barnabas Tew and The Case of The Nine Worlds – Columbkill Noonan

Barnabas Tew and Wilfred Colby are back, and, once again, they’re in a bit of a pickle.

Barnabas and Wilfred, two earnest but bumbling Victorian detectives, travel through the Nine Worlds of Norse mythology, trying to stave off the impending end of the world – an event which the locals call Ragnarok. This time, however, the intrepid twosome has some help: a brave Viking seer named Brynhild and her flying horse.Can the two plucky detectives and the fearsome Brynhild outwit those who would bring about Ragnarok? Will they survive the harsh conditions and terrifying creatures of the Norse afterlife?

Will they save the world…again? 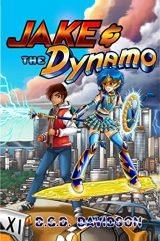 Jake Blatowski can’t wait for high school: basketball, calculus, and a cafeteria that isn’t under investigation by the health department. Well, he’s going to have to wait: a computer malfunction has assigned him to the fifth grade.

It’s bad enough that he bangs his knees on the desks or that Miss Percy is going over long division … again … but Jake’s sitting next to Dana Volt. She’s a perpetually surly troublemaker who doesn’t even have to exert herself to make his life a living hell. But no, it gets better: Dana secretly belongs to a coalition of girls protecting humanity from the horde of deadly monsters that plagues the city. But Jake’s no hero; he just wants to get to varsity tryouts! 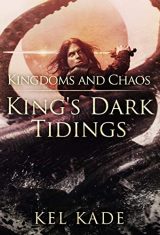 The future of the Ashaiian haven, the newly founded Kingdom of Cael, is anything but secured. Rezkin must seek recognition from the King of Gendishen if his people are to maintain possession of their island home and the enchanted secret it contains. In an unexpected twist, events overtake Rezkin, and he is thrust into a frustrating adventure to seek a worthless prize. He finds that his carefully constructed reputation as an indomitable foe has consequences as others seek to use his strengths for their own gain. Meanwhile, friends are confronted with too many truths, power and strength might be more than some desire, loyalties and friendships are tested, and at least one of Rezkin’s friends might be headed for a miserable demise. 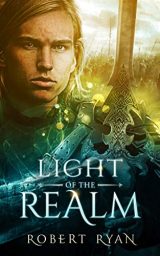 Light of the Realm (Son of Sorcery #3) – Robert Ryan

Gil has not discovered how to defeat the sorceress who threatens the realm. And time has run out. Ginsar commands not only blood magic, nor just the terrifying Horsemen, but also a vast army – and it is massed mere days away.

But Gil’s people will not cower behind walls of stone. No enemy has ever breached the city defenses, but aided by sorcery this one will. So, Gil leads the army on a sudden march to take the fight to Ginsar before she is ready. It is a desperate gamble, and one that could turn to ruin and despair.

Strategies come to fruition, ploys unfold and traps are set. Prophecies for the future vie with secrets hidden in the past. It is a time of turmoil, a time of chaos, and a time where gambles could triumph – or destroy worlds. Gil is at its heart, ready to be king, but perhaps fated to see all that he loves burned to ash and smoke… 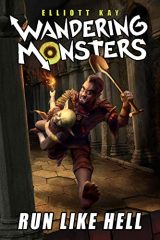 Bloody, broke, and face down on the floor is no way to end a job… even for a “monster.”

Life hasn’t been easy for Scars of No-Clan. The king has a bounty out on all monstrous folk, leaving half-orc warriors like Scars no choice but to work for the local evil wizard. Now adventurers have hit the wizard’s dungeon, wiping out years of hard work along with most of his co-workers. He’s left with a handful of survivors: an outcast goblin scout, a heretical gnoll, the wizard’s bizarre apprentice, a bandit cut loose from the stockade, and a murderous knife-fighting lady bugbear. They have to escape before the adventurers find them–and the only way out is through the darkest reaches of the dungeon.

Scars wanted to walk off this job the day he was hired, but going out like this is going to look terrible on his résumé. 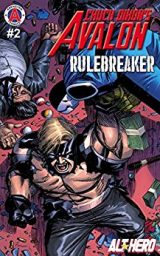 Detective Ben Church is hot on the heels of the vigilante who murdered a city councilman in broad daylight. But agents of the UN Superhuman Protection Council are interfering with his investigation, even as they claim that they can help him clean up Avalon City. Should he believe them? More importantly, can he trust them?

Meanwhile, King Ace has dealt with his partner-in-crimefighting Fazer’s little slip-up with regards to the unwritten Hero’s Code, but that doesn’t keep them from going after the notorious crime boss, Nicodemus Vukovich, together. The problem, King Ace discovers, is that there is a lot of temptation to be found in a wealthy crime lord’s uptown apartment. Perhaps too much temptation for anyone…. 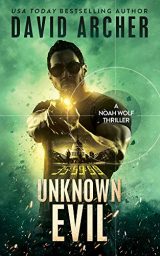 Noah and the Team take some well-deserved time off at the Manor in England, but that always seems to be when things go crazy. The Queen’s Ambassador, Catherine Potts, suddenly calls Noah to tell him that there is a single terrorist in the country who has the power to wipe us out, but he’s an unknown. MI6 has been unable to break through the secrecy around him to track him down, so the Queen has asked for Camelot’s help.

They’ve got less than thirty-six hours before disaster happens, and only a handful of clues that don’t seem to fit together.

This will be a race against time, and in the end it may not just be civilians that Noah and his team must end up saving. 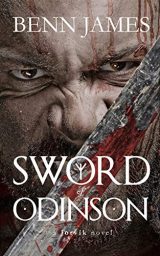 Between the paranoid Earl, a vile Lord, and the masked Satanists the good town of Jorvik stinks of more than just pig dung and wood smoke.

Olin Odinson, the fabled Crow of War, has been dragged back home from exile. Now he must uncover the truth about the red skulled demons murdering the townsfolk before the people of his hometown are put to the flame.

But first, he’s got to face his past. And take up his sword, one last time. 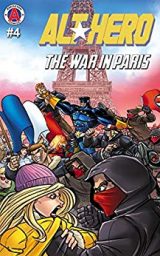 Inspired by the German government’s crackdown on nationalists in Berlin, Antifa is now on the march in Paris. And despite being hunted by the police and the Global Justice Initiative, Jean-Michel Durand is determined to stand with his generation against the enemies of France. But how can even the most steadfast nationalists hope to stop Antifa when the riot police, a United Nations Incident Team, and Captain Europa himself stand in their way?

“This story is shaping up to be epic. With the simultaneous events going on in the US and in Europe with its contemporary setting. I am liking everything I see and have been surprised by the story development. The story is developing, the artwork is improving, the coloring looks great and the visualization of the action, especially in Number 4, is striking.”–Reader Review 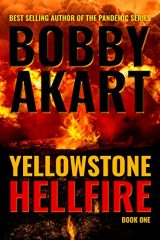 Millions of people visit the Yellowstone National Park every year blissfully unaware they are on top of the greatest killer man has ever known – the Yellowstone Supervolcano.

Beneath this primal allure simmers a catastrophic threat. A caldera the size of Mount Everest, created hundreds of thousand of years ago, which holds back super-heated magma, rising and falling, looking for release.

Scientists agree, the eruption of the Yellowstone supervolcano is long overdue. Events have been set into motion that lit the fuse of the greatest disaster mankind has ever known.

Is it going to happen? Yes. Do we know when? Anytime, or not within our lifetime, hopefully.

But if it does … The eruption of the Yellowstone supervolcano will be more than a spectacle to grab our attention. It will be the end of the world as we know it. 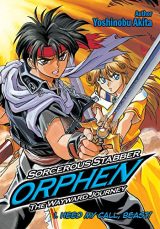 Orphen is a Sorcerer drop-out from the prestigious Tower of Fangs. His journey to save Azalie, a girl he looked up to like a sister, has brought him to the bustling city of Totokanta. Here they are reunited for the first time in five years. But what is the truth behind her monstrous transformation, and just what secrets lurk behind the Sword of Baldanders…?