This week’s roundup of the newest releases in fantasy and adventure features unlikely dark lords, casteless rebels armies, a collector of magic swords, and an assassin collective waging war against the powerful. 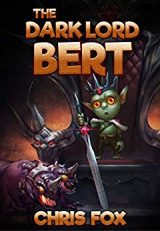 How does a 1-hit-point goblin become the Dark Lord?

By accident. Bert is a tiny goblin with big dreams. He follows adventurers, and loots the copper they leave behind when they take the real loot. One day, Bert hopes, he’ll have enough copper to buy a warg, and finally promote from a 1-HP critter to a Warg Rider.

Kit is a typical gamer hoping to enjoy a good story, but her friends are more interested in rules, loot and experience. Kit’s friends Crotchshot, Brakestuff, and the White Necromancer rampage their way across the land desperately seeking the Dark Lord trope, which gives the wielder the power to reshape the world.

When Bert accidentally steals the trope, Kit is forced to make a choice. Should she help her friends, or help a new Dark Lord rise to power?

The world will never be the same. Get ready for The Dark Lord Bert. 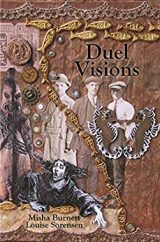 Is Death a dog or a cat? Would it be worse to be turned into a pig or a fish? After we die do we become characters in a movie, or parts for an old truck?

Weird fictioneers Misha Burnett and Louise Sorensen explore the dark depths of the human psyche across ten spine-tingling tales of terror and macabre.

The haunted visions these dueling tale-tellers have conjured find all the horrors that go bump in the night and make them dance for your delight… before drawing you down into the depths to join them.

We cordially invite you to share in our Duel Visions! 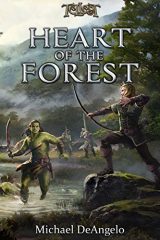 Heart of the Forest – Michael DeAngelo

Kelvin has left his country behind. His mentor, the elf Icarus Callatuil, has prepared him for a journey to Draconis, where old allies will be able to better train him for the hardships he is sure to endure in his life. But when he arrives on those distant shores, he discovers that the elves of Cefen’adiel may need him as much as he needs them.

A darkness arises in the forest in southern Daltain, and Tarenda, queen of the elves, decides that a stranger to the lands such as Kelvin can better serve their purposes as an investigator.

What will Kelvin do when he must trade his training exercises for real dangers? 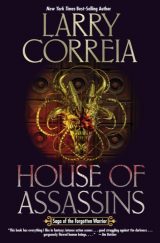 House of Assassins (Saga of the Forgotten Warrior #2)  – Larry Correia

Ashok Vadal was once a member of the highest caste in all of Lok. As a Protector, he devoted his life to upholding the Law, rooting out those who still practiced the old ways and delivering swift justice with his ancestor blade Angruvadal. None was more merciless than he in stamping out the lingering belief in gods and demons among the casteless. His brutality was legendary and celebrated.

But soon Ashok learned that his life to that point had been a lie. He himself, senior member of the Protector Order, was casteless. He had been nothing more than an unwitting pawn in a political game. His world turned upside down and finding himself on the wrong side of the Law, he began a campaign of rebellion, war, and destruction unlike any Lok had ever seen.

Thera had been first daughter of Vane. A member of the Warrior Order, she had spent her life training for combat. Until a strange sight in the heavens appeared one day. Thera was struck by lighting and from that day forward she heard the Voice. A reluctant prophet with the power to see into the future, she fought alongside Ashok Vadal and his company of men known as the Sons of the Black Sword until a shapeshifting wizard with designs on her powers of precognition spirited her away. He holds her prisoner in the House of Assassins.

Ashok no longer knows what to believe. He is beginning to think perhaps the gods really do exist.

If so, he’s warned them to stay out of his way.

They would do well to listen. 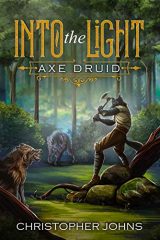 A tight-knit group of buddy gamers. A relentless galactic conqueror. One big ol’ axe and a whole bag of magic.

Chris and his friends had been hearing voices begging for help, but aren’t dreams supposed to stay dreams? When they finally answer the call, they’re pulled into a fantastic world with themes similar to modern role-playing games. The world of Brindolla. This is what every gamer has always wanted… right?

There’s one major problem: War. The big baddie of the universe has come to collect another planet for his relentless march. The Brindollan Gods only have the power to hold him back for a short while, which they can only hope will be long enough to give Chris and his buddies a fighting chance. Either this team gets rid of War’s vanguard of minions and generals, giving the Gods a chance to keep him out for good… or War comes for Earth.

The group is ready to dive into combat, magic, and any other obstacles that come their way. No matter what needs to be done, Chris and his buddies will always do it together. 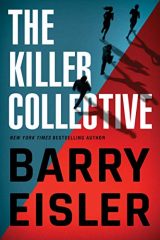 When a joint FBI–Seattle Police investigation of an international child pornography ring gets too close to certain powerful people, sex-crimes detective Livia Lone becomes the target of a hit that barely goes awry—a hit that had been offered to John Rain, a retired specialist in “natural causes.”

Suspecting the FBI itself was behind the attack, Livia reaches out to former Marine sniper Dox. Together, they assemble an ad hoc group to identify and neutralize the threat. There’s Rain. Rain’s estranged lover, Mossad agent and honeytrap specialist Delilah. And black ops soldiers Ben Treven and Daniel Larison, along with their former commander, SpecOps legend Colonel Scot “Hort” Horton.

Moving from Japan to Seattle to DC to Paris, the group fights a series of interlocking conspiracies, each edging closer and closer to the highest levels of the US government.

With uncertain loyalties, conflicting agendas, and smoldering romantic entanglements, these operators will have a hard time forming a team. But in a match as uneven as this one, a collective of killers might be even better. 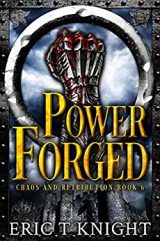 The three young heroes are defeated. The Devourers have the key. All is lost…

Except that something is missing. The key doesn’t work. The Dragon Queen is still trapped.

With help from an unlikely source, Fen, Karliss and Aislin escape. If they can get to the last piece before the Devourers do, they might still stop them. There’s just one problem…

Only Othen, a Shaper unlike any of the others, knows where it is, and he hasn’t been seen in centuries. Pursued relentlessly by demonic creatures summoned from the Abyss, the three heroes set out on a desperate quest to find the final piece and stop the Queen before she devours their world. 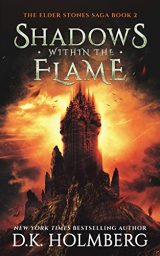 Shadows Within the Flame (The Elder Stones Saga #2) – D.K. Holmberg

The Forgers proved to be only part of a greater plan to gain the power of the stones, remnants from powerful beings lost to time. Their power has never been controlled by one person but now someone is close to changing that.

Having survived the last attack, Haern trains, working with the assassin Galen to hone his skills, learning about poisons and how to best use his control over metal. When he becomes the target of another attack, he must discover what the Forgers plan before it’s too late. His father might be the key to Haern’s understanding, but the more he learns about what his father has done, the less Haern wants to follow in his footsteps.

As Lucy struggles to control her new power, she’s asked to help find the depth of the C’than betrayal. It requires her to learn more about her new abilities and exposes her to dangers she had never imagined. She’s not a fighter, but she must find strength within her to ensure the safety of those she cares about.

While staying with Lucy, Daniel hopes she will eventually come to see him the way he sees her. He trains, realizing that despite everything he learned of fighting, he’s still a novice. He needs to improve his skill to protect Lucy, but saving her might require more than his ability with the sword; it will require his mind.

The stones must be protected from those who would use them for their own dark purpose, but another has maneuvered for decades, and it might already be too late to prevent the stones from falling into the wrong hands. 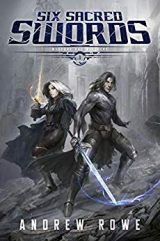 Keras Selyrian is already well on the way to cutting his name into the annals of legend. He’s fought false divinities, thieving sorcerers, and corrupt demigods — and left them defeated in his wake. But he’s a long way from home, and Kaldwyn offers a different brand of danger than he’s used to.

He’s already got a sword of unfathomable power, but it’s damaged and leaking world-annihilating mana, so he’s in the market for a new one.

The Six Sacred Swords are Kaldwyn’s most famous artifacts, forged as the only means to defeat the god beasts. Each sword must be earned by a worthy champion, and no single person has ever managed to collect them all.

Not yet, at least.

Keras is just getting started. 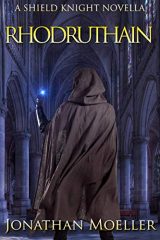 For fifteen thousand years, the Guardian Rhodruthain has protected the world from the power of the Well of Storms.

But the quest of the Seven Swords threatens to unlock the destructive power of the Well.

And unless Rhodruthain can defeat the shadows in his own mind, not even the Shield Knight and the Keeper will be able to save him…