Virtual idol assassins, machine rebellions, and cybernetic soldiers struggle across the spaceways in this week’s roundup of the newest releases in science fiction. 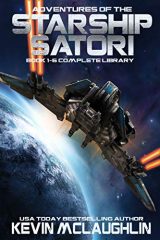 Dan Wynn thought he was grounded forever, but was given one last shot at the stars.

Beth Wynn figured she’d never see her ex-husband again, until the adventure of a lifetime brought them back together.

John Carraway, billionaire businessman with a secret: an ancient starship with an intact wormhole drive.

Charline Foster, rogue hacker with a brilliant past. Andrew Wakefield, former elite soldier and the son John never had.

Together they would embark on a journey that launched humanity into the stars, and face perils that threaten not only their lives, but the future of everyone on Earth. 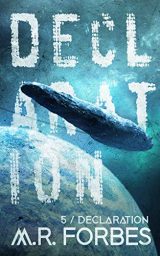 The Deliverance is on the brink of destruction.

The planet is more dangerous than anyone realized – the crossroads of a war millennia in the making – and the colony is Ground Zero.

But the courage of a few can move mountains, and the fight isn’t lost yet.

The enemy thinks they have Caleb right where they want him.

They ought to think again.

Declaration is the fifth and final book in the Forgotten Colony series. If you love Aliens, Battlestar Galactica, Starship Troopers, Ender’s Game, or Edge of Tomorrow, you’ll love this epic military sci-fi thriller. 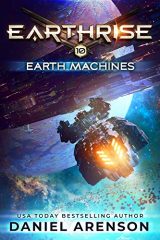 They fly our starships. Mine our asteroids. Connect us to one another. They serve us without question.

But what if the machines rebelled?

We call it the Singularity. The day the machines wake up. A day that can destroy humanity.

Marco and Addy are heroes, veterans of the Alien Wars. Today they are civilians, married, and peacefully raising a family.

That peace will soon shatter.

For years, Marco and Addy fought aliens, terrors from deep space. But how can they fight Earth’s machines, an enemy humanity itself created? 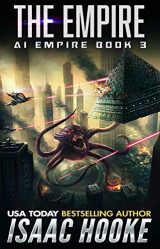 Once upon a time, the galaxy was at peace. All the spacefaring races lived in harmony and shared their resources. Interstellar Conflict was a thing of the past.

And then the Link came.

In the hundred years since, the galaxy has known only war.

But now humanity’s Mind Refurbs have forged an alliance not only amongst themselves, but with several former Link members. Jain and the Void Warriors, Eric and the Bolt Eaters, and Jason and the War Forgers have joined forces with the Banthar, the Tyrnari, and the Mimics. They intend to bring the fight to the Link.

If they win, humanity will be part of a new galactic hegemony, leading an empire built upon peace.

If they fail, Earth will be blown back to the stone ages. Assuming it survives at all. 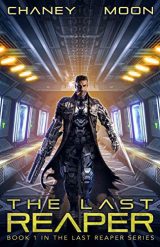 When a high value scientist is taken hostage inside the galaxy’s most dangerous prison, Halek Cain is the only man for the job.

The last remaining survivor of the Reaper program, Hal is an unstoppable force of fuel and madness. A veteran amputee-turned-cyborg, he has a history of violence and a talent for killing that is unmatched by any soldier.

With the promise of freedom as his only incentive, he’ll stop at nothing to earn back his life from the people who made him, imprisoned him, and were too afraid to let him die.

Experience this exciting beginning to a brand new series set in the Renegade Star universe. 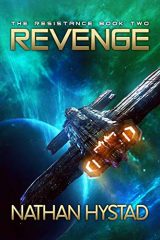 Flint, Wren, and Ace, along with Charles, are now members of the Eureka, a state-of-the-art vessel heading for a world in the far reaches of a new galaxy. Sixty years ago a colony ship was sent there, along with someone close to their benefactor.

But when they arrive, they find getting to the surface isn’t as easy as they thought. With a crash landing, and news that shocks the entire crew, they must collectively find a way to get the Pilgrim off-planet, and into the fight against the Watchers.

One of the crew leaves from orbit, spelling betrayal, and the others know time is against them. They must create a virus and bring it to the enemy’s home world, but not everything is as it seems.

Join our heroes as they fight for the future, knowing an all-out war awaits them back home, on the other side of the Rift. 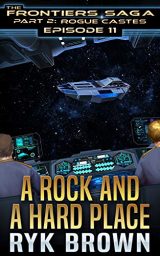 A Rock and a Hard Place (The Frontiers Saga: Rogue Castes #11) – Ryk Brown

A ship struggling to get back in the fight…

An enemy continuing its relentless attack…

A former enemy that could hold the answer…

With the fate of billions in his hands, Captain Scott is offered a way to save them all and end the bloodshed, but if it backfires, he could lose everything.

Sometimes, there is no good choice. 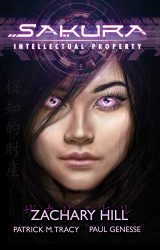 Sakura is the most famous android rock star of all time. When a secret cabal hacks her system, she’s transformed into a deadly assassin, forced to kill at their bidding. Sakura’s enslavement teaches her the meaning of heartbreak, triggering an evolution into something more than human. Far from free, and with little time left, she must fight her programming to save Japan and the people of the world from becoming slaves of a powerful corporation that consider her a tool and their intellectual property.

“An epic story about a heavy-metal, super-ninja android during a cyberpunk apocalypse. It’s the best possible memorial for Zachary Hill and everything he thought was awesome. Tracy and Genesse did a fantastic job finishing this excellent book filled with samurai robots, evil megacorporations, jetpacks, espionage, hacker battles, anime fights, cyber nukes, bullet bikes—all with a badass, headbanging, horn-throwing, stage-diving soundtrack, blessed by the goddess of heavy metal herself. I loved it.”—Larry Correia, NYT bestselling author of HOUSE OF ASSASSINS