A Russo-Japanese War veteran searches for Ainu gold, an EMT turned PI races to find a serial killer in Florida, and a relic hunter makes a shady deal with the CIA in this week’s roundup of the newest releases in fantasy and adventure. 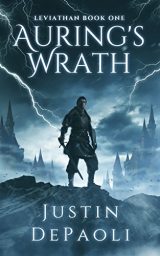 The lands of Covecus bleed magic and power, but its storied civilizations have been long forgotten, buried under the inexorable march of a deadly blight. Now, the scourge looms before the last peoples of Covecus, whose hope depends on the rise of a hero. And there’s never been one of those.

From the north, a young warrior seeks revenge for his imprisoned parents. He would take up arms against the blight itself to free them.

From the south, a huntress desires more than the raw power of sorcery she possesses. She knows the scourge has a weakness, that it’s alive. That it can be killed.

As secrets are unearthed and godless beasts descend upon the last living civilization, two unlikely heroes will rise. Or a world will fall. 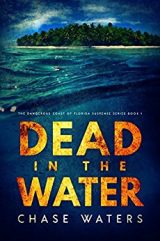 John Godwin thought he’d left his life as an EMT in the past. These days he was a private investigator who spent his days keeping tabs on cheating spouses and insurance scammers in sunny Miami. But it only takes one phone call, one unexpected job with a fat paycheck, to send him right back to where he started.

Death is stalking a privately owned luxury resort on an island just off the Florida Keys. The sudden death of the resort’s staff medic seems like an open and shut case – a crime of passion – but when one of the suspects turns up dead, John will have to use all of his skill and expertise to discover the truth before the bodies start to stack up.

On the cusp of a discovery that will blow the case wide open, John runs the risk of becoming a serial killer’s next victim, and with a hurricane bearing down on the tiny island, getting out alive is looking a little more complicated. 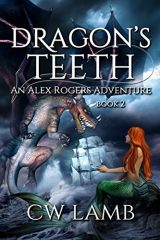 As the newly appointed Lord Protector for Windfall and Mage Apprentice to the Wizard King of Great Vale, Alex Rogers had taken the role of a lifetime. Combined with his pending marriage to the half-nymph Lady Cassandra, he had more on his plate than he could ever hope to accomplish anytime soon.

However, a message intended for the dead Prince Renfeld, one exposing a dastardly plot, had been dropped in his hands. It was a plot involving the kidnapping of the sister of the King of Great Vale, and it leaves Alex no choice but to depart for foreign lands across the Western Sea. There, he must rescue someone who is not only the King’s sister, but also the mother of his soon-to-be bride. 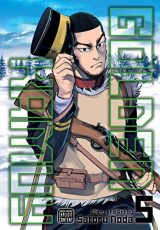 In the early twentieth century, Russo-Japanese War veteran Saichi “Immortal” Sugimoto scratches out a meager existence during the postwar gold rush in the wilderness of Hokkaido. When he stumbles across a map to a fortune in hidden Ainu gold, he sets off on a treacherous quest to find it. But Sugimoto is not the only interested party, and everyone who knows about the gold will kill to possess it! Faced with the harsh conditions of the northern wilderness, ruthless criminals and rogue Japanese soldiers, Sugimoto will need all his skills and luck—and the help of an Ainu girl named Asirpa—to survive.

Sugimoto and Asirpa’s hunt for the tattooed treasure map has led them to a fishing village on the coast, where a deranged serial killer lies in wait. Lieutenant Tsurumi and his renegade soldiers are also hot on their trail, and if he catches up to them it’s guaranteed that there will be hell to pay. Toshizo Hijikata also closes in, while an old friend shows up with a secret about Asirpa that no one wants to believe—but it just might take them closer to the gold than ever before… 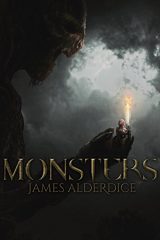 Easy money never is. Tam didn’t expect the gorgeous dame to offer a kings ransom for information about her cheating husband. The job should have been simple…

Tam Zphinx is a Rat Catcher, a detective of sorts in the decadent city of Derenz. He investigates petty crimes for low pay but when the gorgeous Jessa Valinton walks in offering a hundred times the usual fee, he and his partner Riles jump at the chance for an easy score…

But after his partner is murdered and other curious characters turn up wanting the same thing as the dame, things get monstrously complicated… 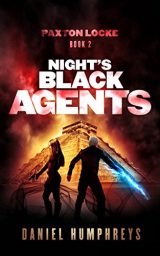 Recovering from his battle with the witch, Paxton and his new partner–don’t call her a sidekick–Cassie are headed to Phoenix. A spate of mysterious, ritualistic murders has the police baffled. Who better to find the perp than someone who can speak to the dead?

While Paxton hunts a killer, far deadlier creatures stalk him. In the Valley of the Sun, a mystical cold war is about to go nuclear. 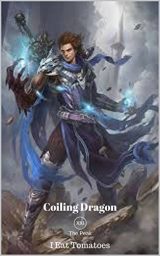 Empires rise and fall on the Yulan Continent. Saints, immortal beings of unimaginable power, battle using spells and swords, leaving swathes of destruction in their wake. Magical beasts rule the mountains, where the brave – or the foolish – go to test their strength. Even the mighty can fall, feasted on by those stronger. The strong live like royalty; the weak strive to survive another day.

This is the world which Linley is born into. Raised in the small town of Wushan, Linley is a scion of the Baruch clan, the clan of the once-legendary Dragonblood Warriors. Their fame once shook the world, but the clan is now so decrepit that even the heirlooms of the clan have been sold off. Tasked with reclaiming the lost glory of his clan, Linley will go through countless trials and tribulations, making powerful friends but also deadly enemies.

Come witness a new legend in the making. The legend of Linley Baruch. 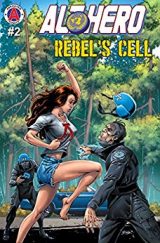 It was only a matter of time before the mysterious man hunting illegal immigrants and turning them over to the local Immigration and Customs Enforcement office was identified. And after Michael Martel is informed that the Antifa leader he beat up is the son of a powerful state politician, he knows he has to make himself scarce in a hurry. Fortunately, the man who has been stalking Martel has need of someone who won’t hesitate to punch first and ask questions later in order to free a young woman who has been taken into custody by the UN’s Superhuman Protective Council.

“This is how it’s done! Superb comic writing and art! This is a comic, a real comic, the likes of which I haven’t seen in ages. An engaging story, art that is pleasant to look at and adds to the story. This is firing on all cylinders.”–Amazon Reader Review 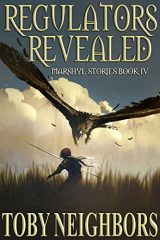 His name was Maslow, but he was known by other names. His master and spiritual mentor called him the Hammer, and prophesied that he would smash the Marshyl’s Guild to pieces, opening the way for magic to return to the Dragon Isle. His enemies called him the Elusive Executioner, because of his deadly prowess and ability to disappear so completely that they were helpless to find him.

But there was only one name on his mind as he fled through the mountains, his chest gashed from the wolf’s bite spell that had rebounded off the Marshyl knight’s shield and ripped through his robes. The spell had lost much of its power and the lacerations weren’t deep, but the wound was still debilitating. Each step was painful, and the rough terrain of the mountain trail made his journey even more difficult, but the burning of the cuts, and the wheezing of each labored breath made him think of the young Marshyl who knew him by a different name — Dad. 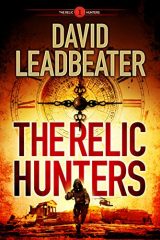 Relic smuggler and expert thief Guy Bodie is a tough man in a dangerous world, loyal only to his elite team of five. But when one of them betrays him, landing Guy in a hellish Mexican prison, he finds himself making a bargain with the most unlikely new ally: the CIA.

There is a catch. In return for being released from jail, Guy must work for the CIA, helping them solve the most audacious heist in history. As Guy knows, six of the Seven Wonders of the World have long been lost. But with the help of the CIA, he learns that the destroyed Statue of Zeus still exists—and it’s in the hands of a powerful secret society.

A prize worth killing for is also worth dying for, and this one has left a trail of bloodshed that goes back centuries. Can Guy and his new team—a group of renegades chosen for their unique skills—hunt down the legendary relic once and for all…before they are added to its list of victims? 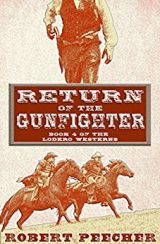 Lodero has one last vow to keep.

After learning all he could of his father’s disappearance, Lodero is satisfied that he has fulfilled the graveside vow to his mother.

But on the way to finding the answers he sought, he made another promise to another woman. With his business settled in a lost canyon in the hills near Silver City, Lodero now intends to keep that promise.

But as he plans his return to the Noble Ranch, Lodero finds that a hired gunman stand in his way. 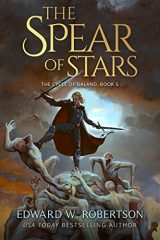 The Spear of Stars ( The Cycle of Galand #5) – Edward W. Robertson

Soon, he means to take the entire world. Dante suspects his next target will be Bressel, where the Tanarians have established their court in exile. The only chance to stop the lich will be to forge a fragile alliance between the bitter enemies of three different lands: Tanar Atain, Mallon, and Narashtovik.

The city stands on the brink of rebellion. Yet even if Dante, Blays, and Gladdic can unite it, they still might not have the strength to stand against the army of the lich.

One last hope may stop the coming destruction: the legendary Spear of Stars. But the weapon was lost long ago. To find it again, they may have to travel further than they’ve ever known. 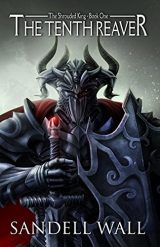 The Kingdom of Haverfell is sinking into darkness. A millennium ago, the High King fell into shadow, struck down by treachery at the height of his power. Corruption rules in his absence, and the throne sits empty. Now whispers of the kingdom’s former glory are punished, and the memory of the High King is blotted from the annals of history.

Kaiser Pellathor, Tenth Reaver of Northmark, is the fallen kingdom’s greatest champion. Undefeated in the arena, unbeatable on the field of battle, he carries out his orders without question, mercy, or fear. He must, for if he should he ever fail in his duties, his family will pay the price.

But for the first time in a thousand years, old powers begin to stir, and rumors of hope are voiced in secret. Tasked with crushing this dissent, Kaiser finds himself on the wrong side of justice. If he stands against tyranny, his family dies. His only other choice is to become the tyrant himself.

As the Shrouded King seeks to reclaim what was lost, Kaiser must decide where his loyalties lie…