The first explorers to leave the solar system return 800 years later to an unrecognizable Earth, a war hero journeys into the dead ruins of a galactic empire for technology, and mercenary ventures turn lethally sour in this week’s roundup of the newest releases in science fiction. 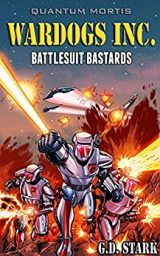 Some organizations are just more open about it. 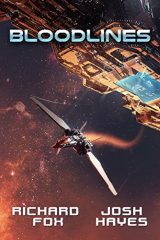 Terra Nova. The promised world is humanity’s new home, safe from the threats of a dangerous galaxy, where veterans of a long war could live in peace. The promise was a lie. Now that Terra Nova broke free of the Ultari tyrants, the colony’s struggle to survive has just begun.

Governor Ken Hale and his expedition brought technology to the Canis Major galaxy that will change the balance of power forever, and the Ultari will stop at nothing to take it for themselves. The colony needs allies, and with no other options Hale sends Chief Kit Carson on a first contact mission that will either shield their vulnerable world or invite its swift destruction. 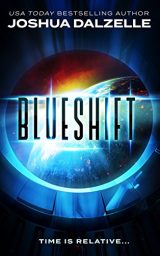 If you could be the first to lay eyes upon a planet orbiting a distant star, would you go?

The members of the Polaris Project knew what they were giving up when they volunteered to fly to the star named Angel-21, but the allure of being the first explorers to leave the Solar System far outweighed the risks. As it turned out, the most dangerous thing they faced wasn’t the mission … it was the homecoming. Eight hundred years have passed and Earth is nothing like they thought it would be.

As Commander Markus Brentwood scrambles to uncover the mystery of what’s happened to Earth in their absence, he also must contend with an increasingly dysfunctional crew and a damaged ship that’s flying on borrowed time. What should have been a joyous return home after a long, hard mission has turned into a race to see which nightmare would kill them first. 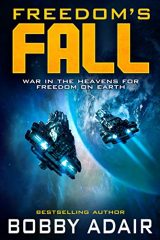 The first interstellar war, a generation ago, left humanity enslaved. Now humans fight in the armies of their masters to save themselves from annihilation.

At least, that’s what the propaganda insists is true. What the layers of lies keep hidden, is how badly the new war is going for the people of earth.

Now it’s Dylan Kane’s turn to blast into the heavens and join the battle, but what his masters don’t know, is that by putting a weapon in his hands, they’re giving him the key to unlocking his hopes of freedom.

The mission to 61 Cygni takes a surprise turn when Kane and crew return to Trinity Base hunting survivors. They make an unexpected ally, though the crew believes the alliance will end badly for all.

Without the time to stay and cement the new relationship, Kane begins the long journey back to earth. What they find when they arrive, makes them question all they’ve sacrificed so far. 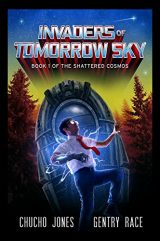 Oliver Hawke, a boy genius tormented by seizures and his self-centered hot rodder uncle Leon, find themselves front and center in an alien conspiracy. When the town’s flight school is attacked, it’s up to them and their ragtag band of friends to uncover the truth. But what good is a bunch of kids against alien tech and god-like powers?

Filled to the brim with zany characters and pulse-pounding peril, this genre-bending sci-fi series will take your money, punch you in the face, and leave you with flowers. 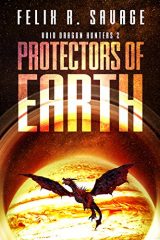 An adult Void Dragon ate the sun a century ago. But now the Void Dragons may be humanity’s last hope in their war against the Offense.

If we can get to the Void Dragons first.

Leaving his baby Void Dragon behind, Jay and his crew hunt for more Void Dragon eggs that are said to lie buried in the snows of Europe. Earth, now orbiting Jupiter, is far colder than it used to be – and much more dangerous. But the bitter cold and gene-modded wolves may not be their biggest problem. Their very own Department of Defense appears to have it in for them.

A dangerous discovery tests their loyalties.

With the salvation of humanity hanging in the balance, who can Jay trust? 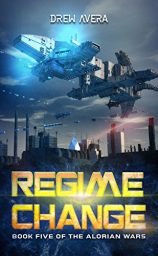 The stirrings of a rebellion have formed, but will they be snuffed out before the revolution begins?

From the author of the Alorian Wars comes the fifth book in the bestselling space opera series set in a galaxy overrun by a tyrannical empire.

Pila was once a great society in the outer reaches of the Alorian Galaxy. But as the war drew near, their security waned. Unlikely events preserved the lives of the refugees of Pila after its destruction, but saving their lives resulted in the loss of their freedom. As those against Greshian rule form a resistance movement on the last inhabitable station in the Pilatian sector, the daughter of the Emperor has other plans that will shape the future of the galaxy.

Will her rule be final, or will the first spark of revolution bring the remnant of Pila to its knees? 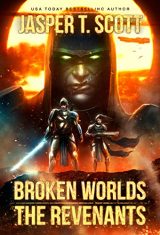 The Deliverance is low on fuel and stranded in the middle of a war zone. Tanik Gurhain claims to have relinquished his hold on the crew, and yet they’ve all mysteriously elected him as their rightful leader, anyway.

Blake is back to his skeptical self, and alarm bells are going off in Darius’s head, but with no fuel and the Eye of Thanatos blocked by increasingly tight Cygnian patrols, it hardly matters who suspects Tanik of foul play. He has a captive audience for the next phase of his plan. With the artifacts he stole from the Crucible, he’s going to test the crew for viable candidates and then train them to become Revenants.

Tanik claims that he is raising an avenging army to defeat the Cygnians and the USO once and for all, but there’s something about Tanik’s agenda that doesn’t quite ring true. Darius suspects there’s a lot he’s not telling them, and that much of what he is telling them are lies.

As the truth emerges, the lines between right and wrong and friend and foe blur until everything seems gray. Darius is forced to make a horrible choice that could change the fate of the entire galaxy forever. 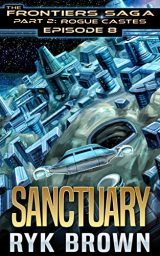 Captain Scott has lost his entire family, save his sister, who needs better medical care than the Aurora can provide.

Nathan, his friends, and the crew of the Seiiki must leave the Karuzari fleet to fend for themselves, while they try to find a way to save Miri. 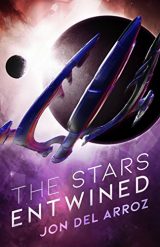 The Aryshan Empire and Earth are on the brink of war!

After several recent attacks along the border of Aryshan space, internal affairs agent Sean Barrows is brought to Palmer Station to ensure the Interplanetary Navy’s on the right track in their terrorism investigations. What he discovers could lead to the biggest war the galaxy has ever seen. Sean’s work leads him to his most dangerous assignment yet—into the heart of Aryshan territory as a spy.

Meanwhile, Aryshan Commander Tamar is being groomed by the Ruling Committee to one day assume leadership of her people. First, she needs to prove herself in warship command. As tensions increase with Earth, Tamar finds herself increasingly isolated as one of the few in opposition to the war. Her troubles deepen when she comes face to face with a new member of her crew, the most intriguing man she’s ever encountered. 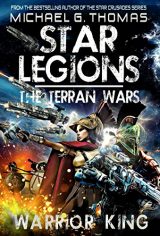 An apocalyptic war looms, and few believe it is a war that can be won. As Terran colonies evacuate, the mighty Laconians stand alone against the merciless Median Empire. They will never surrender, and their new King, Agesilaus, has a scheme that could transform the fortunes of all Terrans. As leader of the most powerful of the Terran states, he plans the unthinkable. Inspired by the valour and adventures of the infamous Ten Thousand mercenaries, he launches a pre-emptive strike against the Empire. Agesilaus and his twin sister, the warrior princess Kyniska will lead the attack and they will not stop until their enemies are brought to their knees.

Little do they know that the God King and his trusted warlords are mustering powerful legions from deep inside the Empire. Soon thousands of Median foot soldiers, hordes of monstrous Taochi warriors, and even large numbers of deadly fighting machines from the Robotic Domains are preparing for war. As the Terrans launch their battle of liberation, the God King puts his own deadly plan into action. 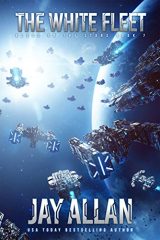 The White Fleet (Blood on the Stars #7) – Jay Allan

The war is over, but the struggle continues.

Tyler Barron and his spacers have set out into the unknown, deep into the Badlands, seeking to discover the empire’s old tech and the secrets of its tortured history before Gaston Villieneuve and the resurgent Union can beat them to it.

The White Fleet is a vast force, powerful and crewed by the toughest veterans from the war. Barron and his people know the future of the Confederation, even its survival, depends on recovering the scientific secrets of the empire before the enemy can do the same.

Barron and his people push far beyond the Confederation’s borders, to space untraveled since the Cataclysm. They are seeking the past, its secrets, its knowledge…but they will find a present that they never expected, a new and terrible danger, one that threatens not only the White Fleet, but the Confederation itself…even the entire Rim.