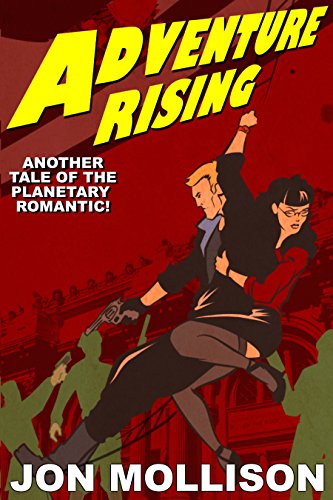 Jack Dashing returns in the sequel to 2017’s tale of an alternate-earth, Adventure Constant.

In just a few short weeks, the Planetary Romantic travels to a world not entirely unlike our own. A curious twist of fate strands him in a nightmarish version of New York City…or perhaps that should be a more nightmarish version of New York City. Pursued by wild beasts and sinister agents, Jack once again finds himself in a race to find the one man that can send him to his own version of home. But once Jack finds him, the brilliant Dr. Abduraxus reveals that the multi-verse doesn’t work quite the way anyone thought. And can this Jack even recognize his one true love, let alone win her heart? Find out in Adventure Rising.

Praise for the adventures of Jack Dashing:

“This book is outstanding, unbelievable fun, and feels like an older book, but one that is a slight bit self aware.” –The Injustice Gamer

“But this book is more about action and adventure and the panoramic setting of Mollison’s parallel Earth… The world’s history resembles our own just enough to be vaguely familiar, but as if it had been conceived by a Martian counterpart of Edgar Rice Burroughs creating a setting for tales of exotic derring-do on the Blue Planet.  ADVENTURE CONSTANT only begins to sample the possibilities of this world, and while it wraps up the story by the book’s end, it still leaves enough characters with mysteries unrevealed that I’m eager for a sequel.”–Justin Tarquin

Don’t miss out on the first adventure of Jack Dashing, the Planetary Romantic: 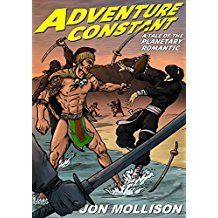