ON THE TABLE: Commands & Colors Ancients 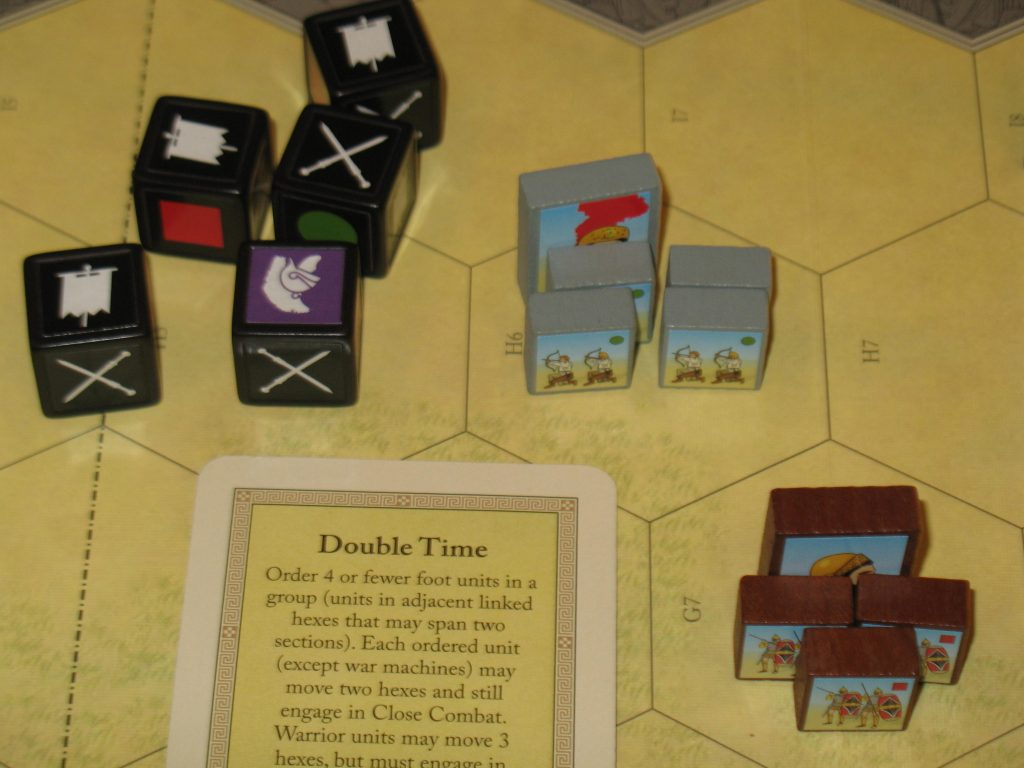 This game is something else!

Not that it doesn’t come in for a lot of guff from the “real” wargaming set. You see, due to the command card system, you can’t always move the pieces you want. All the action might be happening on the right and you can end up being unable to respond if you are unlucky or if you fail to manage your hand.

I like the extra chaos, though. I mean… compared to games where each side can move and attack with all of the pieces on every single turn…? That’s a board game, not a war game! In real wars, a leader won’t be sure all of his orders can get even through. And then there all those special, unique events that really color an engagement but which can’t be counted on to happen every single battle. The card system really captures that, making even the surefire move into something that has some significant risk attached to it.

One thing that hasn’t worked out for me is that things don’t always work out like the historical battles. The idea is that the ancient armies are supposed to line up and stark walloping each other in a great big line… and then one sides cavalry is supposed to crush the other side’s flanks and end the battle in an epic sweep of ancient style military genius. That doesn’t happen. It’s hard to move that whole line up together… and usually when it does the cavalry have already spent themselves doing more or less useless attrition attacks, pinging blocks away here and there on the wings.

In my last game, I had some heavy chariots, one on each flank. They are cool units… but with the other guy having cavalry I couldn’t count on keeping them. So I used them aggressively and they just evaporated. It’s a pity. Not only did they not accomplish much, but they also gave my opponent two victory banners. A significant edge!

But sometimes this game does feel like the real thing. My opponent spread out his army all around me. I’ve never seen anything like it. I couldn’t figure out what he was up to because it seemed crazy to me. Then the “Move Fire Move” and “Darken the Sky” cards came out and my forces were eaten up with missile weapons. He went up another banner with that. I was in trouble!

Well, the guy was new and I was supposed to let him win. I couldn’t imagine winning at this point anyway, I was too far behind. I spent several turns pulling what was left of my armies together into one fearsome line. Even when I did it– I had two groups connected by a single damaged auxilia– my opponent used missile attacks to take it out. He was one banner away from winning the game with that move and I was pulling out my hair in frustration. And now it was his turn to wonder why I was reacting so strongly against a particular thing happening on the board.

I moved by two groups of units together with one more card. My opponent chanced another pot shot on a weakened unit– able to threaten to win on practically every turn now. But then I responded with an epic “Line Action” command. Because of my perfect, historical formation, this meant all of my units could move on a single turn.

My strongest troops lashed out in a coordinated attack, all of them supported by leaders. Two enemy infantry units disintegrated and another took hits and retreated. I felt like Russel Crow in Gladiator as I tied up the game with this move. Now I could threaten to win every single turn, too!

Suddenly, having a cohesive group of infantry in their traditional lines was a really good thing. My figures marched down the battlefield towards three discombobulated units. The rest of the enemy blocks were left in the dust, suddenly made useless by mere distance. I closed in on the fleeing leader and waited for a chance to strike. He was near the board edge when I rolled three retreat results against him– a particularly cinematic victory if I do say so myself!

And that’s why people play this game as much as they do. Imbalanced scenarios are great for when opponents are at differing skill levels. But it is also possible to come back from really dicey situations and pull off surprising wins. It’s epic! Plus, the blocks just plain look nice. People unfamiliar with it always stop and ask about when they see me playing in a game store.

If you haven’t played this one, it is well worth the time. Check it out! 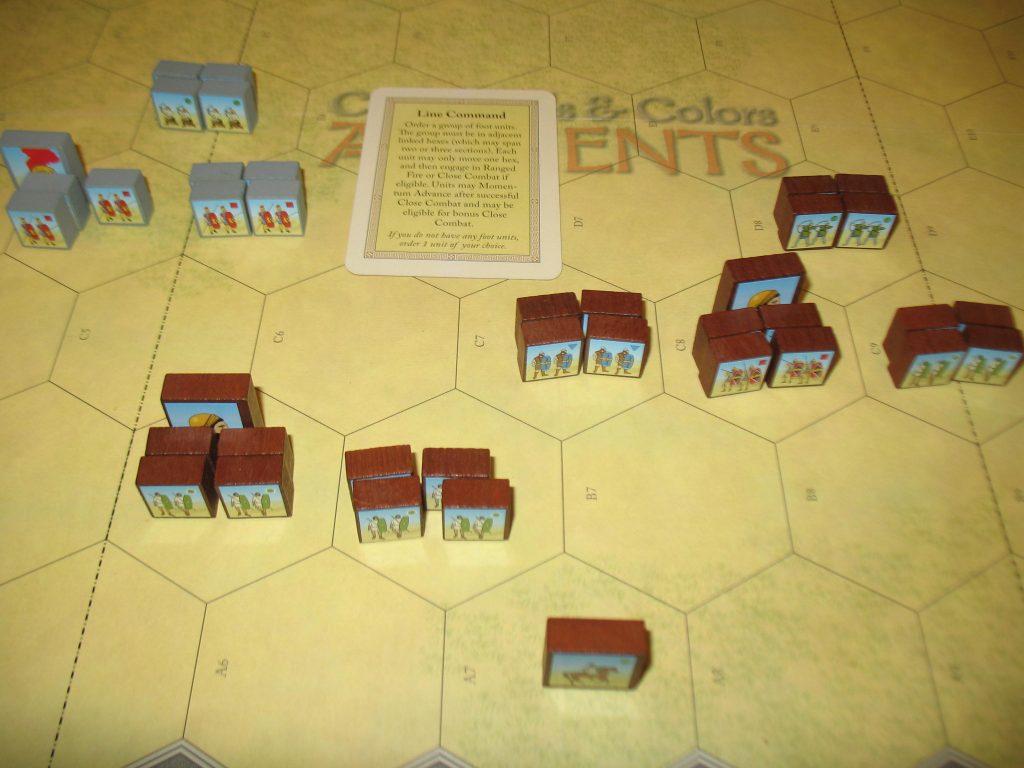