With Menuvia little more than a funeral pyre, Xerdes flees to the Traitor’s Kingdom of Nazgan. Where larceny is legal, honor is fatal, and it pays to keep a low profile.

For the deserts of Nazgan are not empty. A lethal legend now haunts the badlands, thirsty for sinful blood. A hooded horror none dare name.

Even as the masked wraith carves its way through the underworld of two separate countries, it has only ever uttered a single world.

Razorfist has written the second book in his Nightvale pulp fantasy series, which is being published by Dark Legion Books. He’s releasing a limited edition of 750 signed copies, of which only 206 are left after he announced DEATH MASK on his stream last night, so don’t wait if you’re interested in a signed copy. Seriously, don’t wait. They will probably be gone before the weekend is over.

Fortunately, you can also preorder both the regular hardcover and paperback editions until June 30. 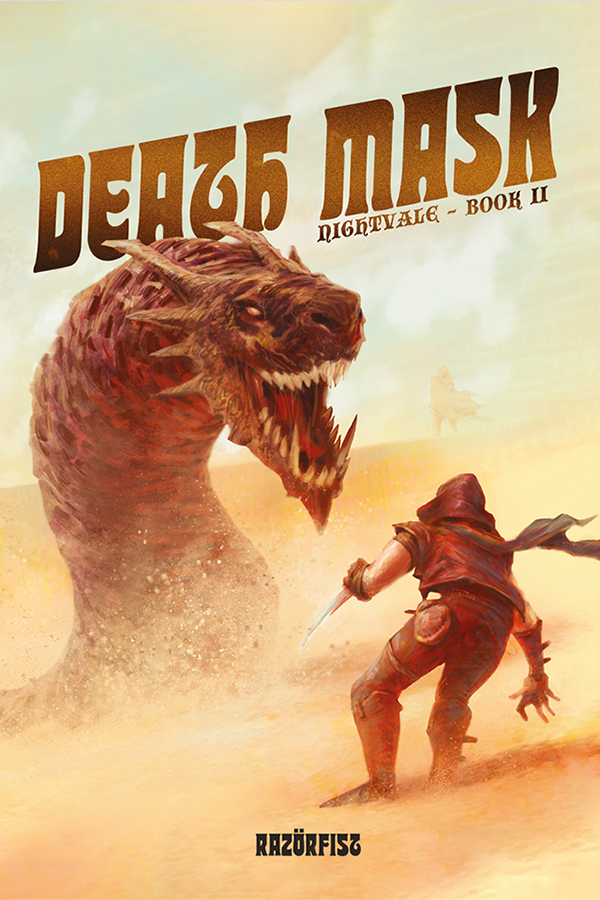