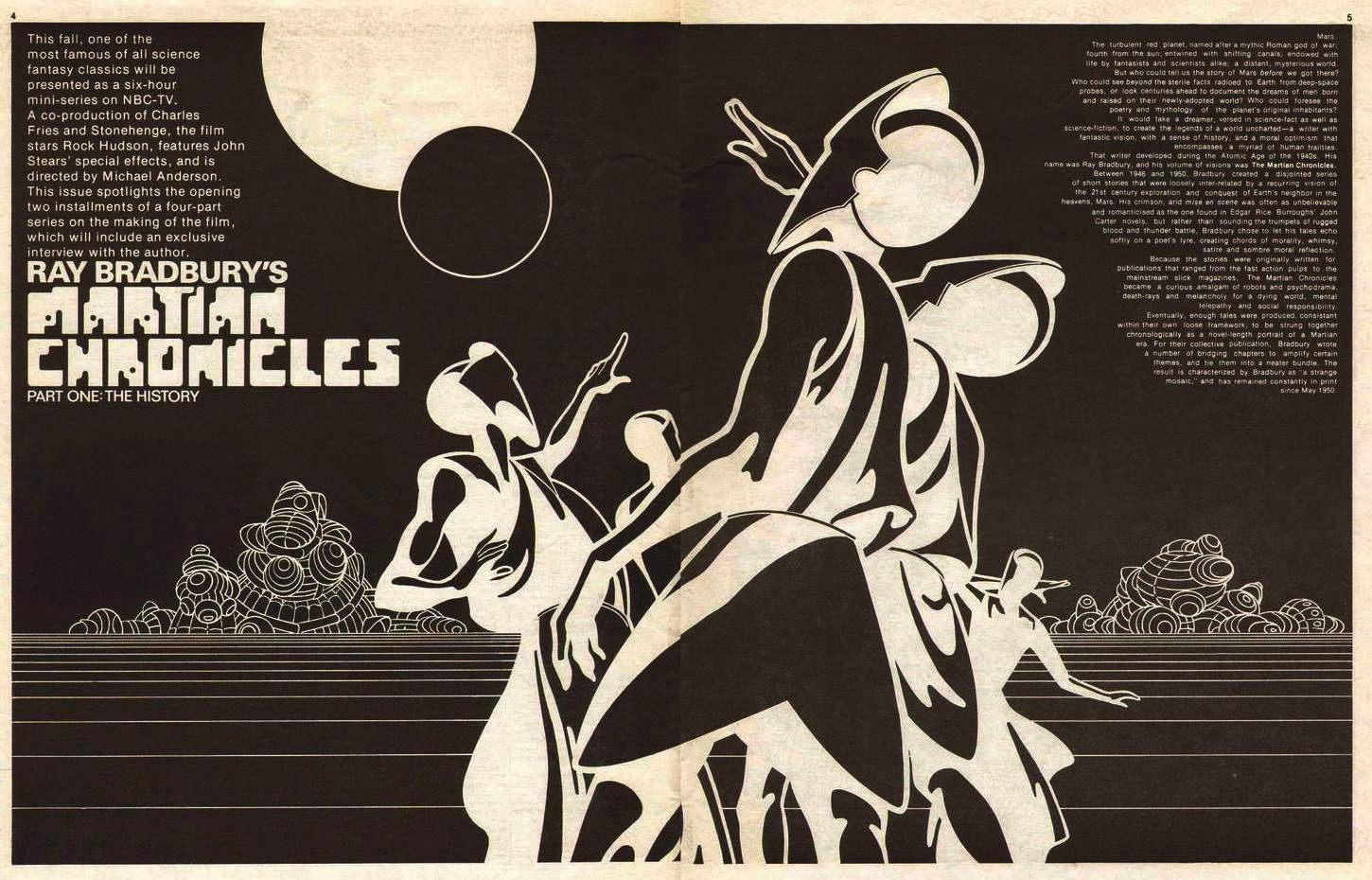 Let us raise our mead-horns (brimful with Dandelion Wine for the occasion) in a toast to Ray Bradbury’s centenary.

Of my literary trinity (Howard, Tolkien, Bradbury) I discovered Bradbury first. Robert E. Howard was like a buddy you could drink a beer with and listen to an exciting yarn. Tolkien was a professor whose intellect you could never match but always rely on as a fountain of knowledge and wonder.  Bradbury was the cool uncle who would surprise you with something different every time.

Bradbury was both a working writer and literary iconoclast, a combination of pulpish Bob and academic John Ronald Ruel. The early half-a-cent-per-word checks from Thrilling Wonder Stories likely meant as much to him as the artistic endeavor and acceptance and the Playboy pay dirt of later years (Hefner was a card-carrying fan of Weird Tales, by the way). Bradbury had a high school education and a wife and children, along with a serious addiction to books. He eventually supported them all quite well, initially pounding on rented library typewriters until he could afford his own and a garage and then the office in which to work. It cost him about ten bucks and nine days effort to write Fahrenheit 451. Accolades followed and were earned. He shrugged off his many critics and kept at it.

He wrote mystery, fantasy, science fiction, whimsy, humor, horror, detective, anything his restless mind conjured. He never lost respect for those who inspired him…Burroughs, Shakespeare, Poe, Verne, Wells, Dickens, Merritt. He also never forgot the literary friends and mentors who were there for him when nobody but some Weird Tales and Planet Stories readers knew who the hell “Ray Bradbury” was. Friends like Henry Kuttner, Leigh Brackett and Edmond Hamilton. People like August Derleth, whose Arkham House published Ray’s first-ever short story collection in 1947. 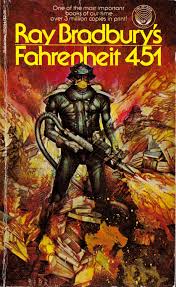 Here’s what Ray had to say about Clark Ashton Smith’s influence on his writing and career:

“Looking back on the years when I was eleven and twelve, I remember two stories. The first was “The City of the Singing Flame,” the second was “Master of the Asteroid.” Both were by Clark Ashton Smith. These stories more than any others I can remember had everything to do with my decision, while in the seventh grade, to become a writer. In the hardbound book field there were a few writers, of course, who set me going, but in the short-story form CAS stood alone on my horizon. He filled my mind with incredible worlds, impossibly beautiful cities, and still more fantastic creatures on those worlds and in those cities. . . . Take one step across the threshold of his stories, and you plunge into color, sound, taste, smell, and texture — into language.”

Did I mention that Ray never, ever stopped telling people that Edgar Rice Burroughs was the greatest writer of the twentieth century?

“Burroughs . . . probably changed more destinies than any other writer in American history.”

That’s just one of many such quotes from Ray.

Books and writing and ideas were his passion and purpose. Libraries and bookstores were his temples and he revered and supported them. I still have a photo of him visiting an indie store in Atlanta competing with the big chains and Amazon; I guess he wanted the little guy to preserve a bibliophile culture and business. Unfortunately, they succumbed.

Bradbury is my Nostradamus. Instead of quatrains he used short stories and short novels and his warnings were much more specific. My favorite works of his are ‘The Million Year Picnic,’ a coda to The Martian Chronicles, and of course Fahrenheit 451. Critiques and analyses of ‘451’ are ubiquitous, but it’s interesting that the medium used is one of Bradbury’s warnings. Tech companies are increasing their control of our expression of thought and opinion and delete them at the tap of a committee supervisor’s keypad. They are aligning with government and we are slouching towards obeisance to the Mechanical Hound every day in every way. It’s drooling at our door and we can’t say Bradbury didn’t warn us.

From his birth in 1920 he began taking it all in…his impressions of what it is to be human, all of the strife and desire and ultimate regret that we couldn’t do better. And he expressed it in his writing and funded a hundred year picnic we are still enjoying.

In Fahrenheit 451 the danger is suppression and Orwellian revisionism. A quote:

‘The Million Year Picnic’ is a different take on the same ideas. A former United States governor lands on Mars with his young family and takes them on a fishing trip. They journey past dead cities from an ancient culture in search of Martians and he promises his children they will soon see them. He gladly burns records of the place he fled.

“Life on Earth never settled down to doing anything very good. Science ran too far ahead of us too quickly, and the people got lost in a mechanical wilderness, like children making over pretty things, gadgets, helicopters, rockets; emphasizing the wrong items, emphasizing machines instead of how to run the machines.”

And when he reveals the Martians, they are the family’s reflections in the water.

At what temperature do websites and social media accounts burn? Ray Bradbury would’ve asked that question in entertaining and provocative fiction.

So we celebrate a centenary, one of the most accomplished popular writers in America. I appreciate the hundred-year picnic, Uncle Ray. It’s been a feast. 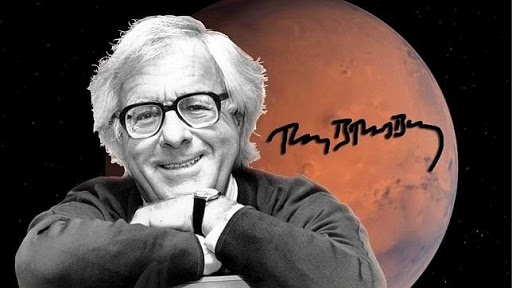