REVIEW: Shadow of the Storm by Martin J. Dougherty 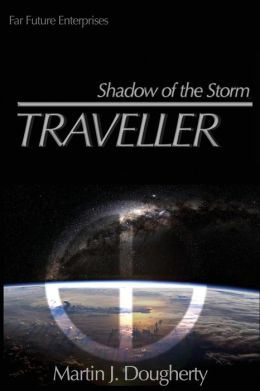 There’s more to getting military science fiction right than just slapping a square jawed hero in powered armor on the cover. I was beginning to wonder if it could even be done anymore– at least until I picked up a copy of this new novel by Martin J. Dougherty. Thinking this over, I guess it really comes down to respect. Somehow, that’s the touchstone that really holds military fiction together. Too many people just don’t get it these days….

The translation of The Lord of the Rings to the big screen is a prime example of what I mean. Oh sure, the director could handle a straight ahead rite of passage arc well enough: something like a young hobbit taking off for an adventure he isn’t quite ready for, but who then somehow finds his courage, defeats a foe, and returns home as a hero. The figure of Aragorn, however, is completely unfathomable to him. It’s as if the only way he could think of to portray him was to translate him into a carbon copy of Pippin. This of course reduces the travel worn, wordly-wise leader of men to a laughably adolescent level. It’s so bad, he even has to get a “step up” sermon from his father-in-law-to-be before he could “find himself” and choose to get on with what needed doing.

The book version of Aragorn is a complex character and its doubtful that his every nuance could make it into a film adaption, but an identity crisis is the last thing I’d ever think to associate with the man. I suppose that storytellers can get away with that sort of thing in action and adventure tales, but it just doesn’t fly in military science fiction. You can’t make an effective fighting force out a bunch of Luke Skywalkers. A chain of command is inevitable… and without respect the whole thing falls apart.

In Starship Troopers, Robert A. Heinlein managed to capture the gradual transition to where Johnny Ricco had gotten to the point where he deserved respect. For me, the tipping point came when he was studying to become an officer and was just plugging away at learning his math. He was knocking himself out so much over it in what meager spare time that he had on ship that a superior had to ask him to dial it back. In The Mote in God’s Eye, Niven and Pournelle established right away that the protagonist was worthy of respect by showing him slaving away to fulfill his responsibilities in repairing the MacArthur. The guy could barely even slow down enough to get medical attention that he desperately needs. “You should have been in sickbay a week ago,” the surgeon says to him. There was just a handful of paragraphs to the novel at that point, but I already have would have followed that guy into battle much as I would for the Duke Leto depicted in Frank Herbert’s Dune. 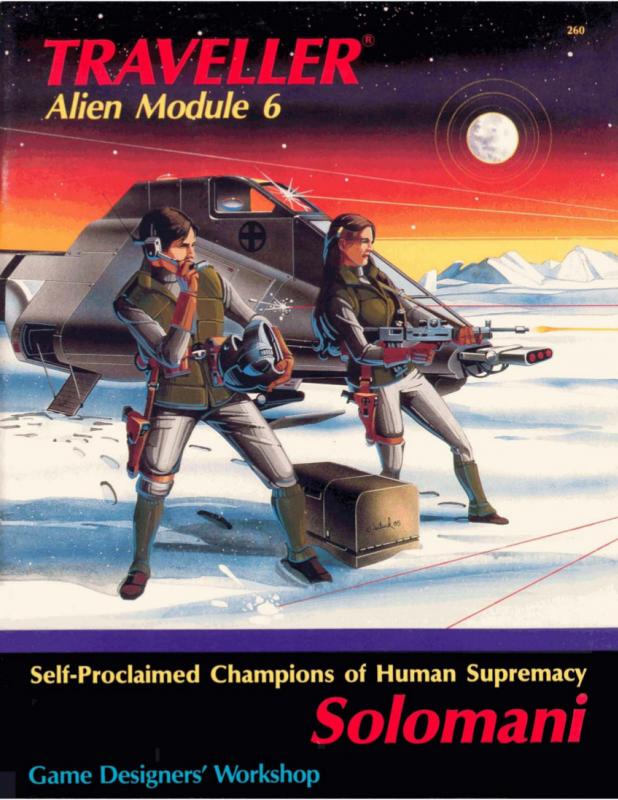 It’s one thing to hook a reader like that, and it’s another thing entirely to reel them in over the course of a long story. A surefire way to kill it for me is to introduce poorly thought out romantic elements. Take the recent Star Trek movie, Into Darkness for example. I can almost go along with Kirk violating orders and still getting to command a starship. I can almost swallow the fact that Spock is so stupid, that he’d to wait until after they leave space dock to raise the question of whether or not assassinating a Federation citizen is moral or legal or whatever. But I was throwing my popcorn at the screen when Spock and Uhura had to go and have a lover’s spat in front of their captain. The dialog was hilarious, of course… but in the context it was completely ridiculous.

I get that stuff happens and I understand that this is just a movie, but I cannot respect any of these characters and I wouldn’t want to serve in any Star Fleet where this sort of thing went on. J. J. Abrams is not making military science fiction at all, of course. He’s doing Star Wars, but with a barely disguised marine corps dress uniform draped over it. That’s evidently a winning formula for a lot of people, but personally I find myself going to the cinema with less frequency every year.

I try take solace in the space navy fiction on the shelves at the local book store, but these same trends have been encroaching even on that domain. Even when the space combat, the ship specifications, and the strategic situation is pitch perfect I find myself wanting to throw paperbacks against the wall. I just keep seeing the same story over and over and over again. You know the one: promising female officer just can’t find “true love” at the academy, but is instead harassed by bigoted and privileged jerks… she’s nervous and shy in spite of her relative attractiveness and somehow presses on to earn a command, distinguishes herself in battle, defeats a half-dozen Snidely McNasties in personal combat and gains an impressive string of promotions until there’s nothing else to be done except marry the only person in charted space that outranks her.

You know, I could kind of go along with that story the first time around, but after multiple books and series that deliver pretty much the same themes and story lines with only marginal variation, I’ve had enough. No, I don’t mind that this stuff exists; heck, I don’t mind that there’s people that can make a successful career doing this sort of thing time and again. I’m just at the point where I’d rather read something else now: something closer in spirit to the classic works of Heinlein, Niven, and Pournelle. 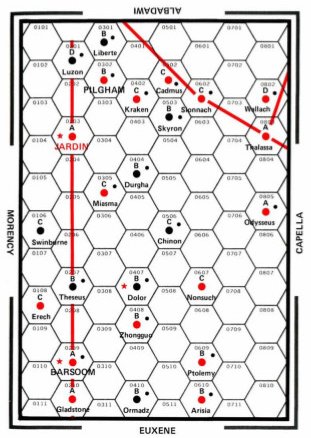 Fortunately, this is exactly what Martin J. Dougherty has accomplished with the latest Traveller novel. Oh, there’s plenty of female characters at all levels of the navy and marine forces that he depicts, but they never behave in anything other than a professional manner. For instance, the starship captain in the story has to deal with being outranked by a zealous political watchdog that happens to be female. A lesser author would have introduced a romance between them in order to defuse the political complications her presence creates, but in this novel Dougherty maintains the tension and suspense and lets the story develop without such distractions.

It’s not perfect. There’s a couple of cases were I read a scene and got confused then had to wait a chapter or two in order to get the clarification that I wanted. (When I read The Lord of the Rings out loud to my daughter, Tolkien would generally answer my daughter’s questions in the following sentence!) Also, he has the navy using an annoying artificial intelligence program to assist in composing the messages sent between the various ships. It’s not a devastating flaw, but it does tarnish the dialog too frequently for my tastes.

On the other hand, I finally get to read a novel that successfully addresses the swordplay of the Traveller setting. Instead of a garden variety laser beam, the captain carries a “long-barreled 8mm naval service revolver.” The space combats are engaging and consistent with the background. Most importantly, the protagonist earns my respect early on and maintains it throughout the novel. This is exactly what I’m looking for in a military science fiction novel and the fact that it is set in an underdeveloped corner of the Solomani Confederation only makes it better. My only real problem is that there isn’t more good fiction in this vein available.