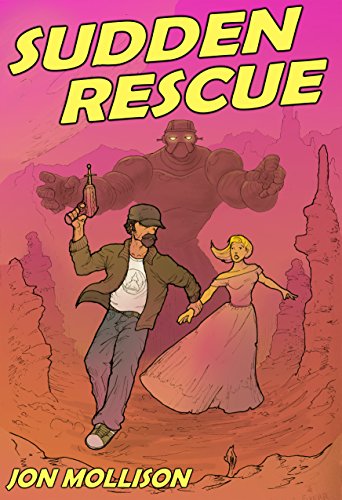 This is really, really good.

Now… I’m necessarily going to be inclined to say that and not just because Jon Mollison is a friend of mine. Take a look back at the sort of thing I criticize harshly whenever I discuss fantasy and science fiction since 1980. I could not find anything that I normally object to in contemporary works within these pages. And the stuff from the older works that I praise to the skies…? There’s quite a bit of that here as well.

The net result of all this? Science fiction is fun again. Indeed, I can’t remember having this much fun since I picked up Alan Dean Foster’s For Love of Mother Not. And that was a long time ago, too!

Now, it’s already somewhat surreal for me reading something like this. Picking this up on the heels of a particularly heated spat between self-styled pulp revolutionaries and fans of “hard” science fiction like Karl Gallagher and James Cambias, and my head is positively set to spin! Because if you compare this to Karl’s excellent novel Torchship you really can see how little there is that separates the two “sides”. 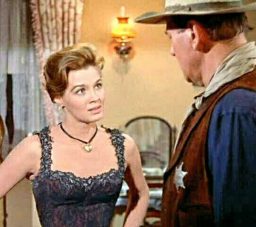 Both novels are set in what are, for all intents and purposes, homebrew Traveller settings. Both emphasize adventure and romance over, say, the bloodless mystery stories you find with Isaac Asimov’s name on them. Both stories have intriguing human cultures that derive from their expansive backdrops. Both have frightening Borg-like machine civilizations that threaten humanity. Both of them pass the Jeffro Test.

When it comes right down to it, what is the real difference here? Both really do hew to more or less the exact same conception of what science fiction even is. But while Karl is more or less at home int the sort of cultural ethos that infuses everything from Firefly to the Honor Harrington series, Jon unabashedly hits the sort of dramatic beats that most people won’t have seen outside of movies like The Big Sleep or Rio Bravo.

What do I mean by that…?

She glanced his way, irritated. “You want me to open a box that you found, that might contain anything, and you don’t want to tell me anything about it?”

“No,” he replied. “I want you to unlock four boxes that might contain anything and then leave. I will open them after you leave.”

“That’s highly unusual. Part of the satisfaction of my skills is revealing the secrets others want to keep hidden.”

Six cars now. “So factor not knowing into your price.”

She mulled that over as the next car pulled away.

“What else do you need to know?”

“What sort of lock are we looking at here?”

“I don’t know. Never salvaged a Synth box before.”

The auto jerked to a halt.

There’s the “because it is there” vibe to the protagonist’s motivations:

He took off his cap and ran his fingers through his hair. He turned to look at the white crates, status lights blinking in muted blue and green. “You know, I’ve been thinking about that while you worked. The way I see it, a lot of people want what’s inside that box right now. Not all of them want what’s best for what’s inside that box, though. And maybe what’s inside that box knows better than any of us the best path forward from here. So maybe I’ll just take a little peek, see if I can learn a little more about the situation. Maybe I’ll take your advice in the morning, ma’am.” Again, her eyes narrowed that tiny little bit. “But for now, I’ve got that same itch you do…”

“Not bad,” he said, :Looks like you have the soul of a deck hand. Maybe I should demote you from mechanic.” He hit the soap dispenser adjacent to the slop sink in one corner of the cargo bay and began scrubbing the last of the grime from his hands and wrists. Unconsciously, he even worked the grit out of his fingernails with a nail scrubber he rarely used in the past.

“Sarcasm is the last refuge of a scoundrel,” she replied.

“You sure? How about a promotion? I could make you my First Mate.” He delivered the entendre with a dead-flat tone.

“From what Jade tells me it’s a bit late for that,” she said, wheeling the bucket back into its storage locker.

“It’s just a rank on a ship, but at least we know now what’s on your mind.”

You know, people read these pull-quotes and they ask me… what is that?! This stuff sells books, no doubt. But I can imagine other people maybe scratching their heads and wondering just how something so cliché-looking could even work. To them I would say, give it a chance… and pay attention to the emotional response these sorts of story beats generate regardless of how cynical you think you might me. Of course, if you embody the quintessential engineering personality type, this sort of thing is possibly beyond your ability to conceive. But take my word for it: emotions are an integral part of the life experience of a great many non-nerd readers out there… and accommodating human nature pays aesthetic dividends.

I would also caution any would-be critics that we live in a time when a great many tested, proven techniques have been arbitrary dismissed as being inherently inferior by people that struggle to imagine what could possibly motivate the creative choices of practically anyone from before 1980. It’s like criticizing a Method actor for invoking a classical Greek pose or rolling your eyes at jazz musicians for trading fours. This might have seemed like a compelling stance back when the New Wave was brand new, but decades down the road and countless formulaic movies later, it’s past time to rethink this sort of thing.

The bottom line is, this stuff works. If you’ve been reading contemporary fiction off the shelf from your local big box store and wondering why you have to hold your nose and read around chapter after chapter of cringe-inducing goofiness… you don’t have to anymore! Sure, there are plenty of forgotten classics you can kick back with that are increasingly easy to get ahold of. But with an increasing number of authors that are recovering the vocabulary of adventure, we are set to have a whole swath of new works that hit the sort of emotional beats that have up until now been jeered, sneered, and heckled out of the marketplace.

Fortunately, the Poindexters are on their way out. And fun is about to make a comeback!