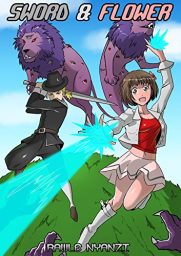 When I criticize contemporary science fiction fantasy, it is almost entirely from a cultural angle. If something is done almost exactly the same way practically everywhere, I will absolutely light it up. This seems to summon some sort of Greek chorus that has stick up for Hollywood and Big Publishing. Not sure why that is, really. More thoughtful people than me put forth a great deal of effort digging into just where the thing I’m talking about is wrong and where it is really applicable. That kind of nuance does bring a lot to the discussion. It’s not quite as reactive as the other responses, but it still doesn’t go far enough for me. I think… the more people immerse themselves into older stories written before 1940, the plainer this gets. And the stuff I’m calling out really is dumb. Weird. Twisted. Debased. Goofy. Silly. Hilariously and embarrassingly brain damaged.

Here are four examples just so you can know what I mean:

Now… the one thing that never crosses my mind as I tear into this stuff is that anyone would ever really listen to me. Not that they don’t. I get messages from people all the time thanking me for letting them know how much better the old pulp fiction is compared to pretty much everything being written written. Seriously, these people are ecstatic. Writers look at this and say, “oh I get it, I can do that, too!” But they don’t realize just how blinkered we are today, the way we reflexively say “no” to awesome and substitute in a lack of imagination that we just assume will make things better somehow. In the rare instances where I read something written after 1980, even when it’s a rave review I will almost always find a key area where I feel the author is arbitrarily holding back. (If you need examples, see my reviews for Marina Fontaine and Karl Gallagher.)

So far as I know, only one person has taken this sort of criticism as a challenge rather than as something to quietly let pass. That’s Rawle Nyanzi. Go read his earlier story and then compare it to his current offering. Do you see it…?

How does it work? Well look, I am biased. (Rawle even writes here at Castalia House blog. What do you think I’m going to say?!) But read it. Really, just read it!!! Compare it to his last story. Can you see the difference?

Now granted… you might be distracted occasionally by the writing quality the same way I was with, say, Fred Saberhagen’s second or third published story. Never mind that. That’s completely beside the point. (See how much Saberhagen improves by Brother Assassin and you’ll understand why.) And you might be thinking… how can you possibly get into a story about Solomon Kane Jr. and Super Minmay. (Well that’s what I was thinking when I first picked it up. I didn’t really grow up on anime like the younger set.) You might even be tempted to think, “eh, this is so formulaic” at some point. But don’t give into that! You know darned well that it’s the stuff flooding the market right now that’s really formulaic!!!

Watch yourself as you read this. Watch what happens. Your brain is going to resist it. You’re going to think it can’t work on you. You’re going to think, seriously… what’s the big deal here?! But watch for the emotional response. The chills. The uptick in your pulse. The feeling of “lift”. Watch for the point where you actually start to care. Watch for the feelings that blossom into something like an honest to goodness thrill even. What I want you to think about is… why are you so sure that this can’t work… and why is it working anyway? Why is an amateur having an effect on you… on your actual heart even… that the big studios and publishers and TV shows are absolutely incapable of delivering.

I think this is a big deal.