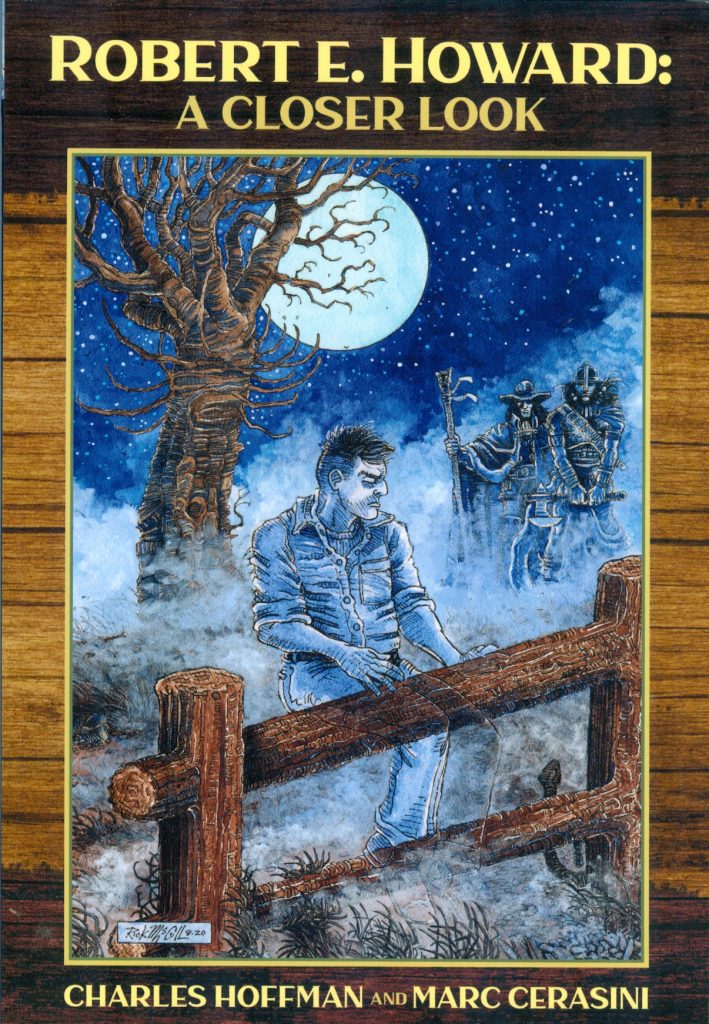 The Starmont Reader’s Guides were published from 1979 to 1992. The entries are numbered up through 61. There are gaps in the numbering as some failed to materialize. The idea was to provide an overview of a fantastic author. At worst, these books were just synopses of the subject author’s fiction. Some had criticism of the fiction along the way, and if lucky, some keen insight.

Robert E. Howard was the subject of Starmont Reader’s Guide #36 by Marc A. Cerasini and Charles Hoffman. This was published in 1987 in both hardcover and trade paperback. It was a total of 156 pages. I bought it in fall 1987 after reading a review in one of the Cryptic Publications magazines, probably Crypt of Cthulhu. I am pretty sure I got it from Weinberg Books.

We now have a new edition that has been updated and expanded. I read the new version this week and compared text between the two versions today. Robert E. Howard: A Closer Look (Hippocampus Press) is 299 pages, slightly larger in format, and printed with a larger font. The Starmont books had rather small print and larger print is most welcome.

Cover and frontispiece are by Rick McCollum, who I have known for 29 years.

I. Howard’s Life, Career, and Legacy

VIII. Other Prose and Poetry

This book has a good short biography of Robert E. Howard. Chapters examine the major characters and genres. There are synopses of the major stories with some critical discussion.

“Kull, on the other hand, has always sought a creative, positive outlet for his energies and will continue to do so. In the past, Kull’s restless energy led him on a fruitless quest for metaphysical truth and esoteric knowledge. But now he has taken absolute authority unto himself and must truly rule.”

One change of text I did note:

“Another attempt to define Howard’s work was made by Darrell Schweitzer in his book, Conan’s World. This useless, ill-conceived effort is probably the nadir of Howard criticism. Totally inept, Schweitzer’s book repeats all the basic fallacies concerning Howard without offering the reader any new insights, only the author’s uniformed and often silly opinions.” (Robert E. Howard Starmont Reader’s Guide 35)

“Darrell Schweitzer’s Conan’s World repeated all the basic fallacies concerning Howard, while offering uniformed opinions and no new insights; even the author subsequently expressed dissatisfaction with it.” (Robert E. Howard: A Closer Look)

I recommend Robert E. Howard: A Closer Look, if you know nothing about Robert E. Howard and his fiction but are curious. Then follow up with the Don Herron edited anthologies The Dark Barbarian and The Barbaric Triumph.

You can get Robert E. Howard: A Closer Look directly from Hippocampus Press or other online booksellers. 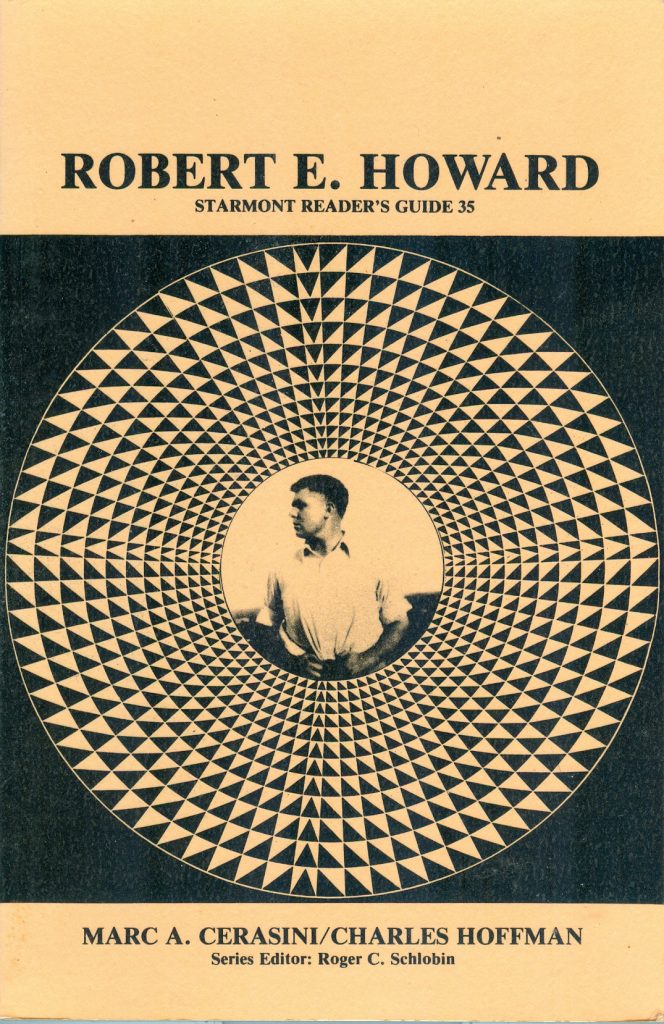