“You are right in your denunciations of unrestricted immigration. You are fortunate in having lived in a district apart from the mongrel swarms.”          Robert E. Howard  to H. P. Lovecraft 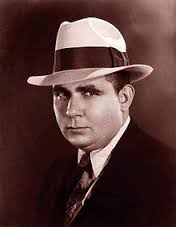 By the time they began their communication in1930, mass immigration had been shut down. Immigration had been wide open until 1917 when an act implemented a literacy test of basic comprehension in any language for those over age 16. Anyone born in the “Asiatic Barred Zone” was barred excluding Filipinos and Japanese.
A quota system was enacted in early 1921, which was set at three percent of the total population of the foreign-born of each nationality in the United States as recorded in the 1910 census. The total number of visas was set at 350,000 per year.
The 1924 act reduced the quota to two percent based on the population in 1890. The law also traced the origins of the whole of the U.S. population, including natural born citizens. The quotas changed, which increased for the British Isles and Western Europe while reducing Southern and Eastern Europe. Japanese were now excluded which increased tensions between the two nations.

Howard was the first to bring up immigration in a letter from September 1930 to H. P. Lovecraft:

“Thank you very much for the picture of Paul Revere’s home. I note that it is surrounded by stores and shops of Italians. Its a pity that all the landmarks of American history seem to be in the process of being swamped by the tide of foreign invasion. The same process is going on the Gulf Coast, and in the Rio Grande valley country.”

So Howard did not consider himself paisan. Another letter from 1930 had this:

“Your mention of the Italian invasion of New England brings up a phase of American life that always fills me with resentment: that of the overflowing of the country with low-class foreigners.” 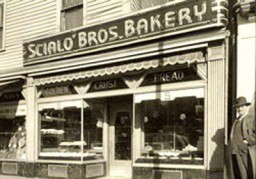 Howard mentions the Latin Quarter of New Orleans with its “unbelievable filth and depravity.” New Orleans was possibly the first city with Italian organized crime known as the Black Hand or Mafia.

He told Lovecraft about the great cotton farms in South Texas that used Mexican labor.

“The death rate is enormous, the birth rate even more enormous. They live like rats and breed like flies.”

Howard is somewhat tolerant of the Mexicans “on those already here” and “prefer the Mexican to the Italian.”

Howard was not a Germanophile but did respect their work ethic:

“Still, the best immigrants we get in Texas as a whole, are Germans. They are thrifty, law abiding [sic] and hard working; superior in living standards to the Mexicans and Sicilians who swarm our coasts.” 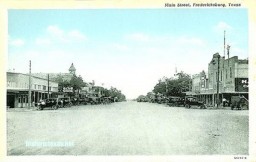 Lovecraft’s very long letter dated October 4, 1930 to Robert E. Howard covered many subjects. Immigration was one of them:

“As late as 1880 there was no dispute as to what constituted the American type. Then–through a false and sentimental policy of ignoring ethnic lines and minimizing heritage–the complexion of immigrants began to change.”

Howard and Lovecraft were both derived from American Founding Stock, i.e. Anglo-Saxons. Both were somewhat tribal in outlook as both were ambivalent about American identity.
Lovecraft was of the opinion that the American Revolution was a huge mistake and high treason. Howard’s Texas outlook couldn’t overlook Abraham Lincoln’s War of Northern Aggression.

Neither bought into the idea of the Magic Border that instantly transformed non-English speaking immigrants with no history of rights or liberty. REH:

“I agree with all you say about foreign immigration. ‘The melting pot’ – bah! As if we could assimilate all the low-lived scum of southern Europe without tainting the old American stock. And that stuff they pull about ‘everybody being a foreigner except the Indians,’ makes me fighting mad.”

Lovecraft’s response on the everyone was a foreigner was: “You will hear this claim made by advocates of the foreigners, but it is pure sophistry.”

Howard and Lovecraft probably viewed non-British Isle immigrants as having their stomachs in America while their hearts belonged in their native lands. REH:

“Once it was the highest honor to say: ‘I am an American.’ It still is, because of the great history that lies behind the phrase; but now any Jew, Polack or Wop, spawned in some teeming ghetto and ignorant of or cynical toward American ideals, can strut and swagger and blatantly assert his Americanship and accepted on the same status as a man whose people have been in the New World for three hundred years.”

“I at least come of a breed that helped build up the country, which is more than can be said today by any number of Hebraic-Slavic-Latins running around and calling themselves ‘Americans’.”

Howard by his words did not buy into the idea of paper citizens in the propositional nation. He saw an actual American identity.

“I would limit immigration in this manner: I would open the doors wide to all people of the British Isles. Let the other nations howl about discrimination. Why should we not discriminate? Did the Italians, the Russians, the Liths settle and conquer and build this country? Why should we open the doors to strangers? Britons settled this land and I would always welcome Britons. The rest, with exceptions among the higher class Scandinavians and French, I would bar completely.”

“Well – I’ll freely grant an Englishman, Scotchman, Irishman or Welshman the right to become an American the instant his foot touches American soil, but as far as I’m concerned a wop or a Slav can’t become American in five hundred years.” 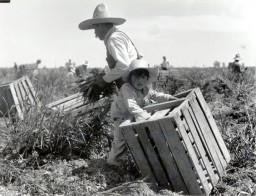 Lovecraft had hit upon the canard of jobs Americans were unwilling to do:

“Economic rapacity demanded cheap labour, and the popular industrial was to rake in any sort of human scum with a low living-standard and correspondingly low wage-demands. Nordics of so squalid a sort couldn’t be found, so Latins and Slavs were imported.” 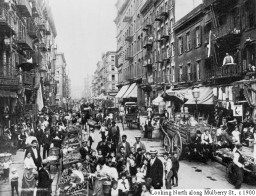 Lovecraft did view assimilation as possible:

“In the end, the New Mexican Spanish-speakers will probably be Anglicized–such being the general trend whenever a foreign region is incorporated into the continuous fabric of an Anglo-Saxon land. It was so in Florida–and has proved so with the French in Louisiana”

Lovecraft noted Cuban emigration into Florida while on his stay with Robert Barlow:

“The Spaniard from the West Indies occupies about the same place that the omnipresent Italian occupies in the north…but is definitely regarded as a foreigner. Just now Miami is worried about its growing Cuban colony. It used to be extremely Anglo-Saxon; but as Cuba get more turbulent and Key West gets more poverty-stricken, more and more Cubans flock to the South Florida metropolis.”

Robert E. Howard seemed to agree with Lovecraft on assimilation:

“You are probably right in assuming that the Latin population of New Mexico will eventually be Anglicized. But it will be a slow process.”

Both H. P. Lovecraft and Robert E. Howard seemed to be unaware of the 1924 Immigration Act quotas. They also did not take into account the effect of American popular culture of absorbing especially the children of immigrants. They were both blood and soil guys. Both displayed angst of what they viewed as divestment of historical national identity.