Robert E. Howard in the Pulps 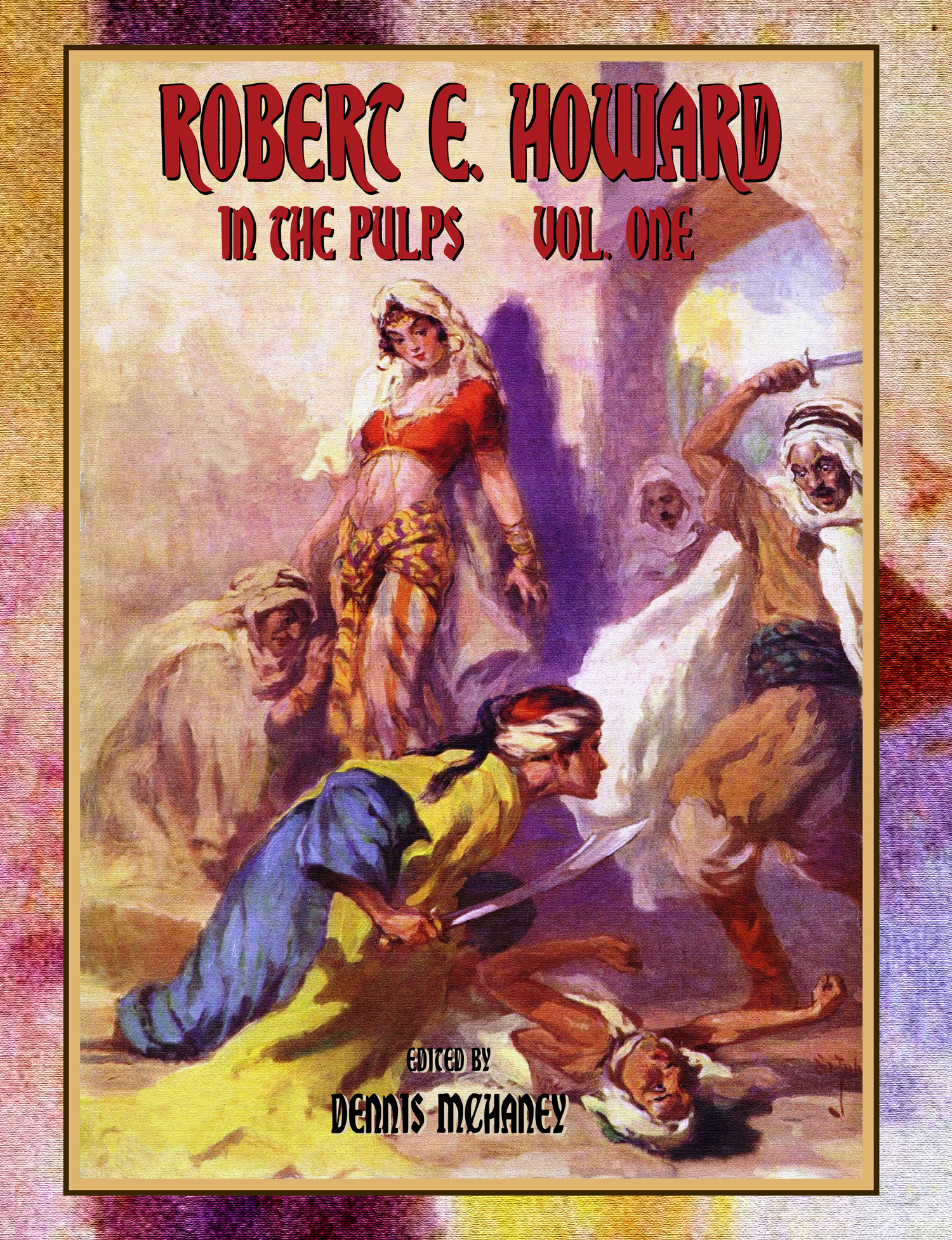 In the 1990s, it seemed a new book on pulp art or lavishly illustrated books on the pulp magazines came out every year. Lee Server’s Danger is My Business was a great introduction to various pulp magazine genres with lots of color reproductions of pulp magazine covers.

Robert E. Howard in the Pulps Vol. One is a throwback to those books. Editor and publisher Dennis McHaney has a history in the small press going back to the early 1970s. He has published The Howard Review and various books including Robert E. Howard: World’s Greatest Pulpster and Anniversary: A Tribute to Glenn Lord and The Howard Collector. Dennis has helped with books on artist J. Allan St. John and has published a whole bunch of fanzines in addition like Barbarian Cinema.

His newest publications is Robert E. Howard in the Pulps Vol. One. This is an 8.5 x 11 inch book, 112 pages combining essays with stunning reproductions of both cover and interior art from pulp magazines containing stories by Robert E. Howard. 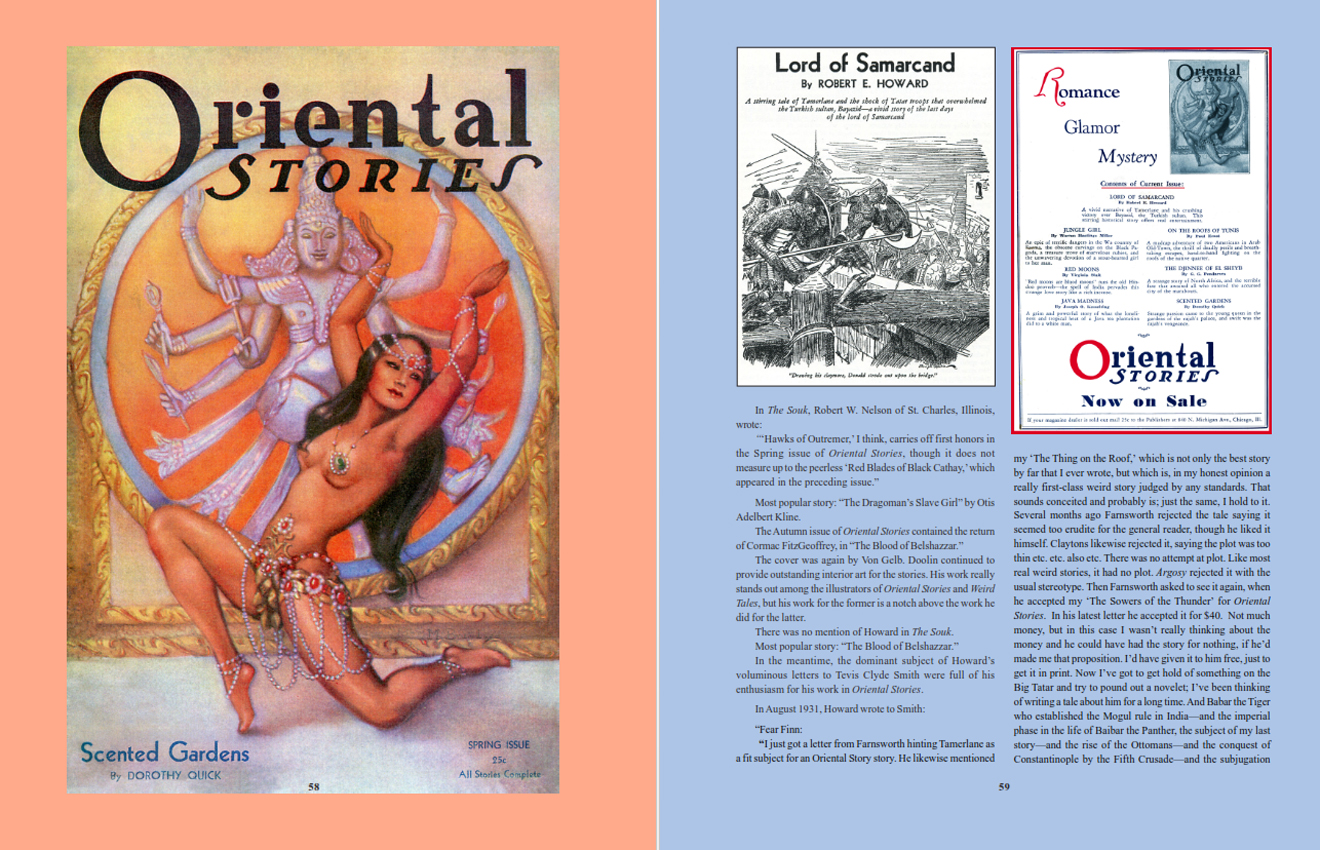 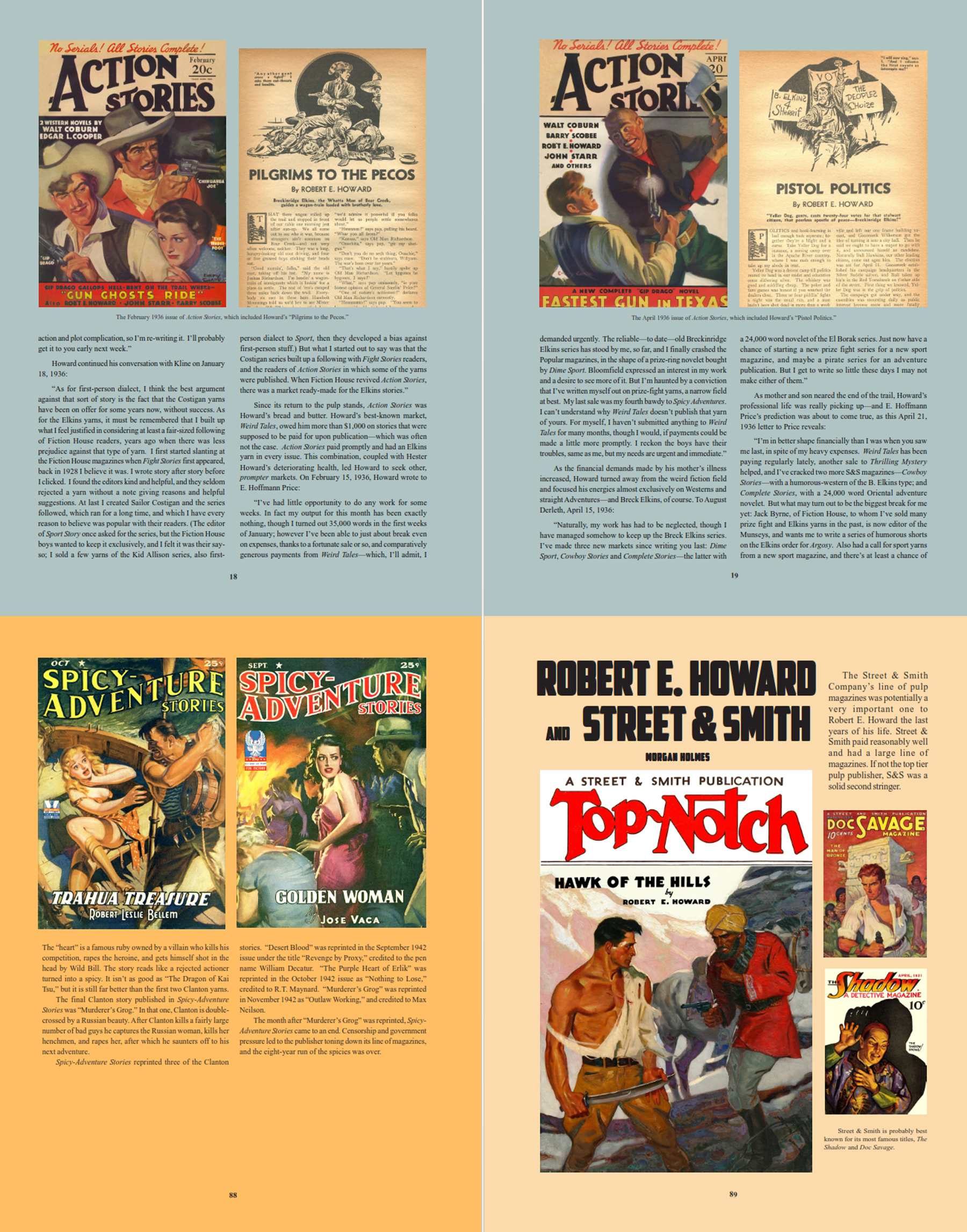 If you love pulp art and want to learn a little about the pulp magazines along the way, get this books. 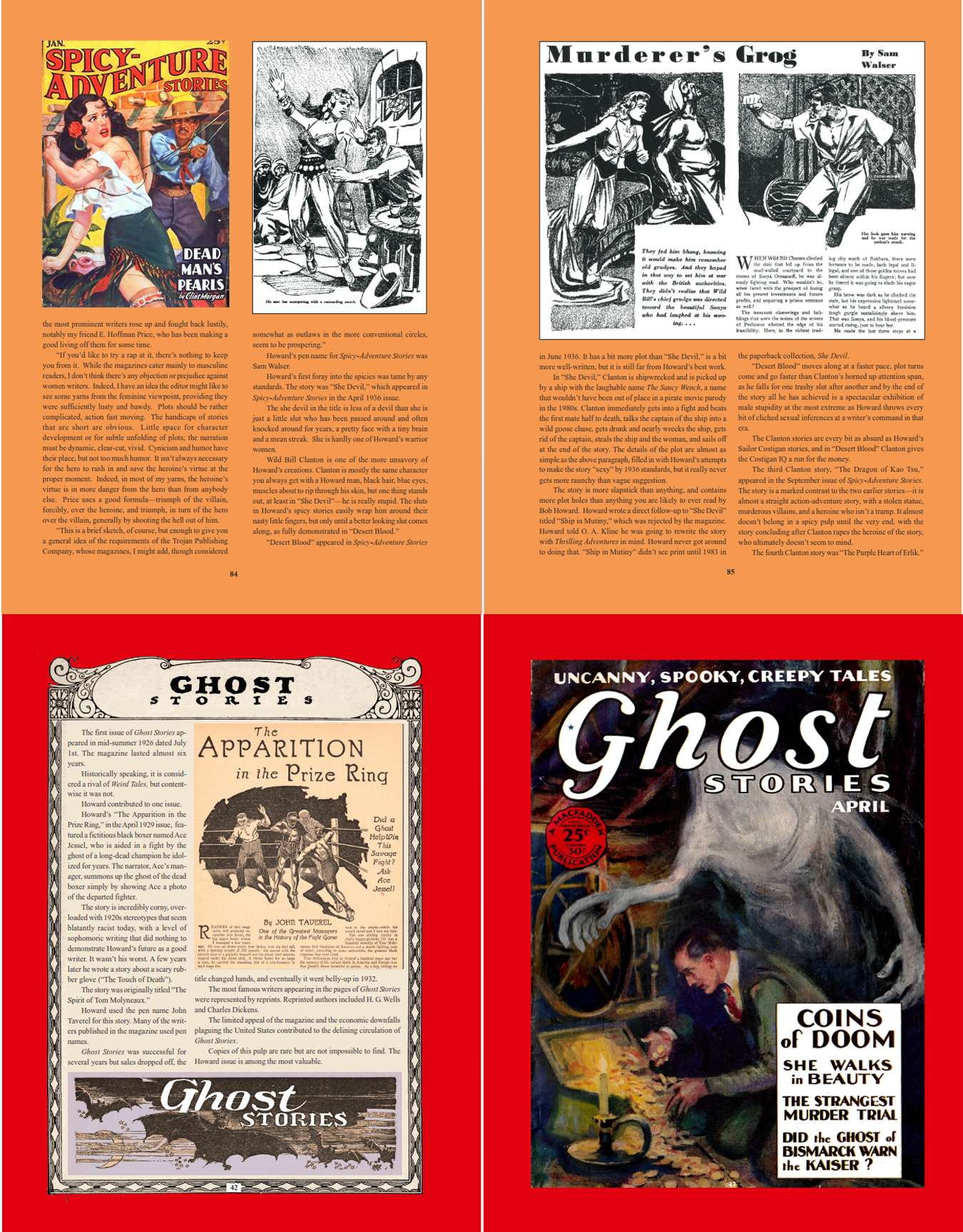 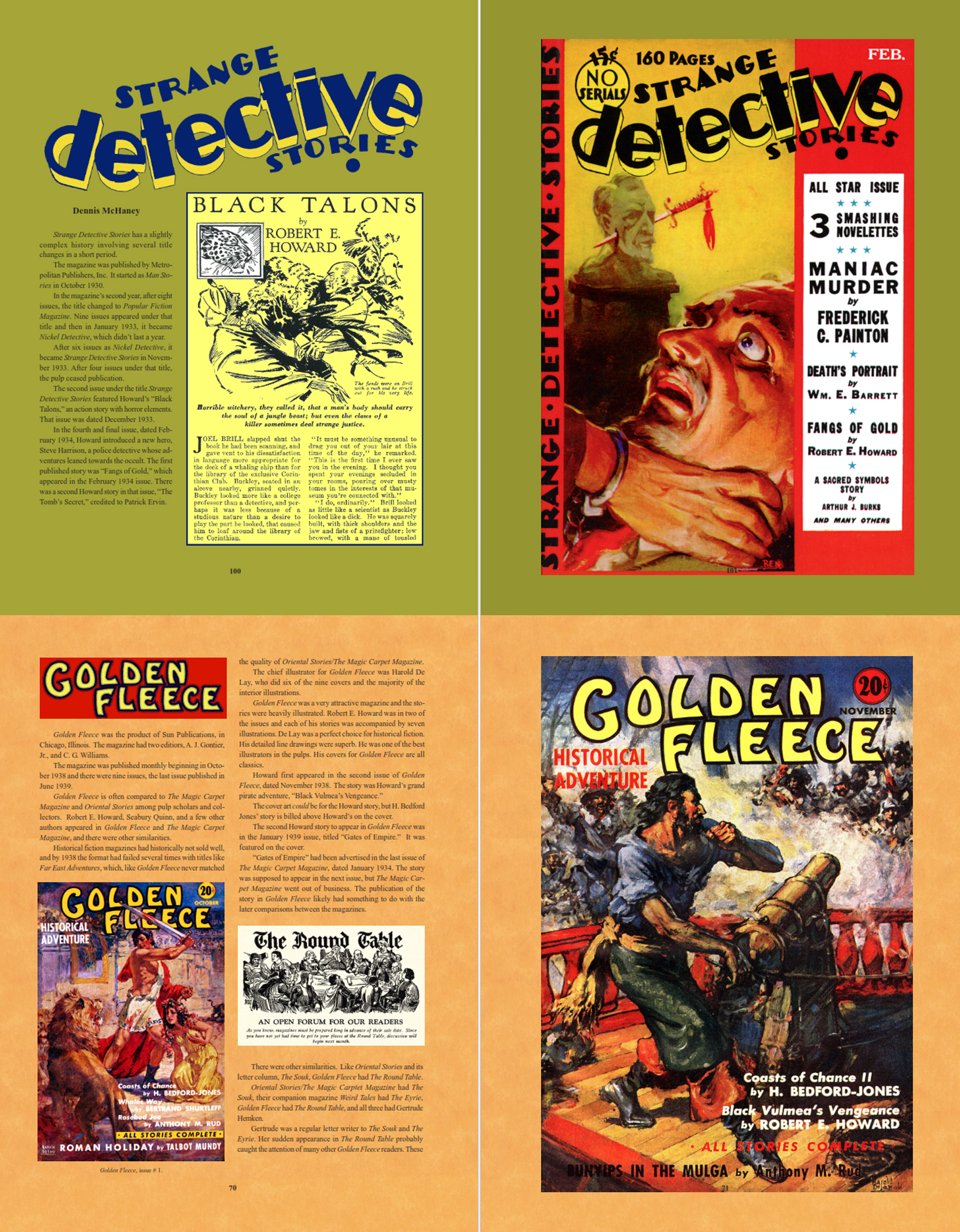