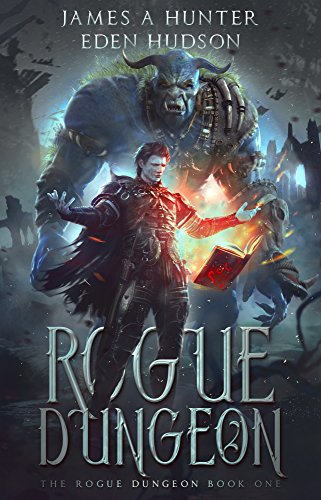 As one of a dwindling number of freedom fighters opposing the Tyrant King, Roark risks everything in an attempt to free his people. But that final confrontation quickly went awry. Clutching one of the Tyrant King’s treasures, Roark flees through a portal, only to find himself trapped in one of our world’s MMOs. Worse still, he has now become the lowliest of trolls, trapped inside a dungeon that exists only to be farmed by ingrate players. Roark’s way home lies through the party of players, through the dungeon boss, and finally, through the minions of the Tyrant King who have followed him to the game world. Even if it means embracing his new nickname, “The Griefer.”

Like most dungeon builder fantasies, Rogue Dungeon, by James Hunter and eden Hudson, is a genre-blender, merging epic fantasy and portal fantasy conventions with those of game world litRPGs. Unlike most dungeon builders, Roark does not start out in control of his dungeon. Instead, he must usurp control, first of his floor, and then of the entire dungeon. This is no mean feat when players raid the dungeon ever few hours, erasing whatever experience Roark can cobble together. This means that Roark has to rely on actual strategy and alliances instead of simply abusing skill and stats. Here, his past as an oppressed freedom fighter comes in handy, as the only way to fend off players and floor bosses alike is through an ever-changing list of deceits, feints, and foul tricks. It adds depth and variety to the battles compared to the typical munchkinning of litRPGs, as the advantage in one battle doesn’t turn out to be the advantage for all battles.

Written at a time when wish-fulfillment harem stories were popular, Rogue Dungeon takes a different course. The key to Roark’s survival in the game world is tied to the growth and development of his and his allies’ skills, as well as in the various new constructions in the dungeon. With all the exposition spent on these changes and their effects on the various conflicts forced upon Roark, there just is not any space to waste on relationship drama or ego-stroking. Between the game rules and the lack of romance, the resulting fantasy evokes the same feel as a cozy mystery, just with fireballs and player killing. But while Hunter and Hudson are inviting the reader into a game with strict rules, they deftly balance the mechanical demands of their game world with the demands of story. The often cursed-at trope of the stat sheet is present, but care is taken to minimize the quantity, duration, and length of its appearances. The game serves the story, not the other way around. But stories like these survive on characters, and Kaz, a troll turned chef that joins with Roark, stands out among the admittedly small cast.

The mix of novelty and quality makes Rogue Dungeon an excellent introduction to dungeon builders and litRPGs for newcomers to the genres. Especially for those who like their heroes not to be bound to one spot. 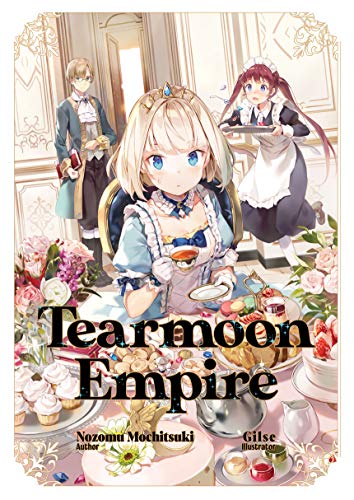 In her last moment, Mia, the selfish princess of the fallen Tearmoon Empire, watches the sun as she waits for the headsman’s blade to fall. In the next moment, she wakes up as her twelve-year-old self, painfully aware of the mistakes and disasters that cost her empire and her life. She now has eight years to change her history–and that of her people’s–or face the guillotine once more. Did Mia have a change of heart? Let’s call it enlightened self-interest instead.

Something strange is happening in the wish fulfillment stories over in Japan, as a sub-genre of fantasy has formed of selfish princesses who, under threat of a painful doom, learn that a little compassion and a kind word unlock more doors than throwing fits. Along the way, these otherwise stubborn princesses experience first hand how taking an interest in the well-being of others oftentimes gets them their desires when selfishness will not. Mia also learns how the seeds of her demise were planted in the random acts of pettiness, cruelty, and self-aggrandizement she committed at school. The key to success for Mia is simple–fake it until you make it. And she’ll have plenty of chances to practice as she goes off to school, to rub shoulders with the princes who destroyed her empire in her past life.

In lesser hands, this type of magical academy tale can become the self-validating Mary Sue story which plagues light novels, young adult books, and comics. But Nozomi Mochitsuki opts instead for a comedy of misunderstandings. Mia’s sterling reputation is contrasted with her internal self-interest, which grounds her from the head-swelling adoration sent her way. And the misunderstandings go both ways, as not everything Mia perceives is as she thinks it to be. The perils Mia falls into out of these new misunderstandings tend to be good-natured and charming. But,as her journal from her past life says, she’s not out of danger yet.

Most astonishingly, Tearmoon Empire is blessedly free of fannish trappings, which mean that the fannish deviancies that plague light novels are mercifully absent. What remains is a slow romance and an exhortation to be better that only occasionally dips into preachiness. As such, Tearmoon Empire is a rare young adult story aimed at teens instead of young professionals, and one I would have no qualms handing to a niece or a younger sister interested in anime and manga.