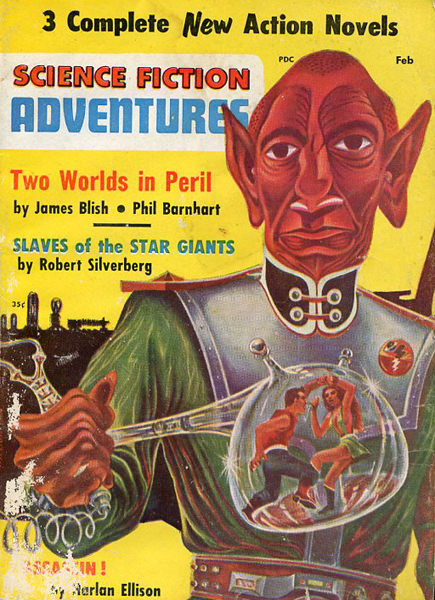 The cover by William Bowman for Robert Silverberg’s “Slaves of the Star Giants” was not as good as the first issue.

“Two Worlds in Peril” by James Blish and Phil Barnhart started the issue. James Blish might be best remembered for the Star Trek adaptations in paperback form. I read the first Star Trek book decades ago. 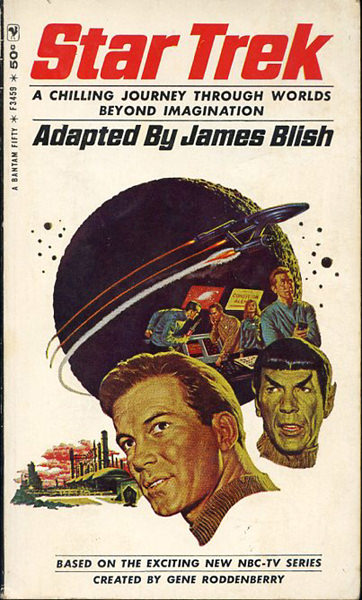 Blish also wrote as “William Atherton” trashing a good amount of past and present science fiction ala Damon Knight.   I have also read The Best of James Blish. “Two Worlds in Peril” has a mission from Earth to Venus to find if it is inhabitable. Earth lost contact with an attempted colonization of Venus a few hundred years before. A gas escaping from Earth’s core dooms the planet to eventual death. Earthman Heimdall crashes in Venus finding human descendants living underwater due to physiological changes, namely gills. He gets caught up in a war between the Earth descendants and the native Venusian Horlites. The story was mildly entertaining. Blish had explored water breathing Earthmen in the story “Surface Tension” (1952). Blish reused the idea.

“Slaves of the Star Giants” by Robert Silverberg is a great pulpy title. I first read this story in the collection Next Stop the Stars. The story stars with Lloyd Harkins taken by a fifty foot humanoid through a forest and deposited with some primitive people. He pieces together that he has been abducted through time. The villagers are played like chess pieces to fight mutants from tunnels from under old cities by the Star Giants. They invaded Earth after an apocalyptic war.  There are some robots that patrol through the forest also. Harkins penetrates one of cities to activate a computer brain and use the robots to destroy the Star Giants. 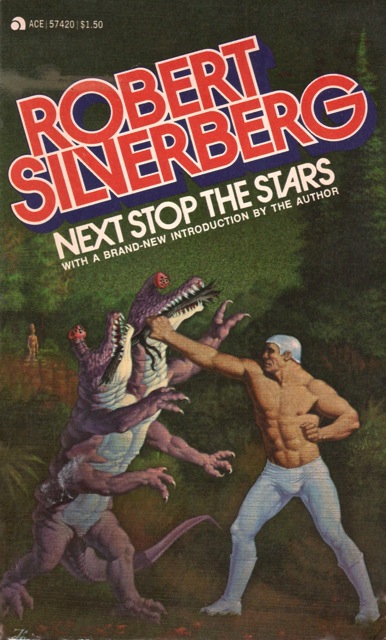 I was prepared to hate Harlan Ellison’s “Assassin!” I am not a fan. Reading “Assassin!” made me realize there was a Harlan Ellison who cranked out stories for the what the market required from 1956 to 1959. There is a gap from 1959 to 1962, I assume that includes his service in the United State Army. It was after this that you get “Repent Harlequin” and the like that he is remembered for today. “Assassin!” is one of the best galactic empire stories I have ever read. An assassin is sent from Earth to deal with a Genghis Khan type figure with a space armada who is laying waste a good part of the galaxy. Ellison lays on the costumes and color. The story was reprinted in his first collection, A Touch of Infinity (Ace Books, 1959). The story did have a characteristic Ellison ending. 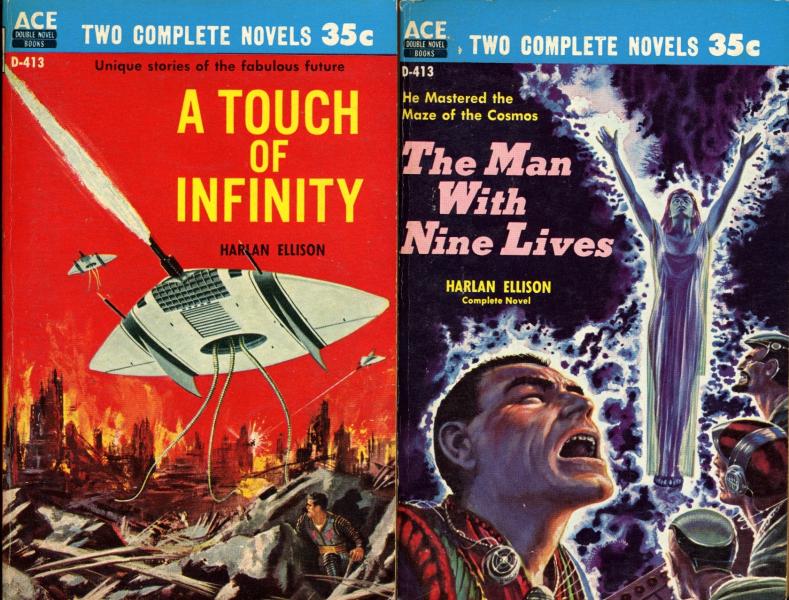 This issue did contain a surprise in that the Harlan Ellison story was my favorite.  Three novellas per issue is an interesting concept. One I don’t think that was used before nor after.