Science Fiction Adventures went monthly with issue #6 for September 1957. Emsh was back with a cover for C. M. Kornbluth’s “The Slave.”

“To become a man again, ex-Special Agent Charles Barker had to be two men at the same time, fighting an alien enemy who had already conquered billions of others!”

Aliens have been using abducted humans for millennia using their psychic energy to power their ships. The aliens themselves got their technology from another species and innovate nothing. Charles Barker figures out their weaknesses and launches a revolt to bring the technology to Earth who will reverse engineer the technology.

This story was reprinted in the collection A Mile Beyond the Moon in 1959. It was never reprinted in paperback. It is also in The Complete Short Fiction of C. M. Kornbluth from NESFA Press.

John Victor Peterson is described as working for New York International Airport and writes of future developments in radar, instrument landing systems, and similar devices. Peterson had stories in Astounding Stories and Thrilling Wonder Stories going back to the late 1930s. He had a handful of stories in the late 1950s in Fantastic Universe and Infinity. “Mission to Oblivion” is described as:

“On Mag, all Earthmen were confined to ghetto areas, and ruled by the decrees of an arbitrary dictator. To disobey was to die–but Hill Barris had no choice?”

This story was interminable for me. I had difficulty staying engaged. A whole lot about starship accidents and damage to the human body and the medical care on the planet Mag. A look at the homeville index of science fiction anthologies show no stories by Peterson reprinted in book form.

Robert Silverberg is back with “The Flame and the Hammer:”

“Without the Hammer of Aldryne, the planet could never stand before the might of the Galactic Empire. An only Das Duyair knew that the Hammer was myth!”

Galactic empires, super-science weapons, space armadas, now you’re talking! I read this story in the Silverberg collection Valley Beyond Time (Dell Books, 1973) over twenty years ago when I was searching out reprints from Science Fiction Adventures. Silverberg again is in top form with this novella. 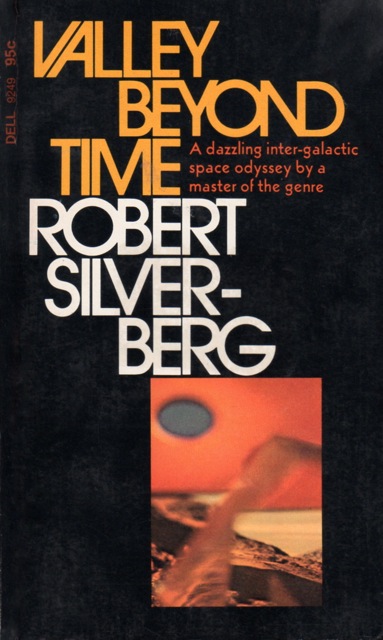 This issue has one classic, one in-between story, and one dud. Magazine issues are like that.