Voyage to the Weird Weird West, online battlegrounds, and the land of Drunken Pharaohs in this week’s new releases. 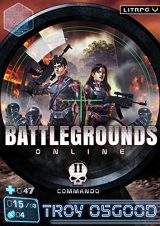 Eric McCaffrey has been playing Zag in the VRMMOFPS Battlegrounds Online for a while now. The more he plays, the more he realizes how deep he is getting into the game…

Which is becoming more than a game.

In the game, Eric gets more into his role as Zag, one of the Commando’s for the Knights of the Tactical Operations Group. Wyvern has taken over the country of Punta Del Muerta. Along with the rest of the Knights, Zag is tasked with freeing the country. He will go deep into the jungles, war torn cities and concrete bunkers on his many operations. Will he be able to complete all the missions?

Outside, in the real world, Eric is becoming a new man. The game has impacts on him that he’s just starting to discover, affecting his mind and body.

But is it for the better? 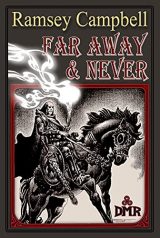 Ramsey Campbell, best known for his many works of horror and dark suspense, now invites the reader to yet another milieu, Far Away & Never. Through these eight tales of swords and sorcery—four of which feature the inexhaustible swordsman Ryre—the reader is taken on a ride through different times and unlike worlds, all filled with the fantastic creatures and thrilling action one would expect to come from Campbell’s imagination while writing in this realm. Anyone who has read Campbell’s completions of Robert E. Howard’s Solomon Kane stories recognize that he is very capable in this genre, and this collection only lends further evidence to his case.

Twenty-five years after its original publication, Far Away & Never is now back in print, with one additional story, “A Madness from the Vaults,” included. All told, there’s many a treat for the reader here—be they a fan of Ramsey Campbell or heroic fantasy in general. 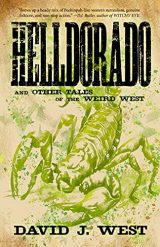 A bitter winter, a bitter war, and a hungry ghost are waiting for Porter Rockwell in Helldorado.

Maybe Porter Rockwell can’t be harmed by bullet or a blade, but his friends have no such luck as they are thrown into a duel between mining companies fighting for the right to dig up a rich gold vein on the edge of Indian land. Diabolical twists are around every turn as death stalks the streets of Helldorado with either a six-gun or insatiable hunger for blood.

Based loosely on true events, HELLDORADO is wild ride into the borders of madness when good men are pushed too far. Along with the new novella are a host of other Porter Rockwell stories collected here for the first time from a variety of previous publications.

HELLDORADO is a Western with colorful characters and wit straight out of a Tarantino flick. If you like mixing horror with your pulp, surprise twists, strong and admirable heroes, and Weird Westerns, then you’ll love the next book in David J. West’s Dark Trails Saga. 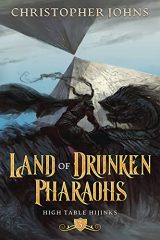 The Hunt reborn. A killer on the loose. Dry mysteries in pour taste.

Marcus, the new Huntsman of the Wild Hunt, has just had his first job shoved into his lap by one of the High Table Council. Someone—or some thing—is dropping the mangled bodies of supernatural creatures into the streets of Cairo.

The High Table staff in the sandy city have been scrambling to sus out the perpetrator before their cover is blown to the Normies. Now, traveling back to the same continent where he found Galaxy, they also have a chance to figure out what happened to the cat. That’s not a chance to be missed.

The sands may change, shift, and hide a great deal, but the Hunt is on the prowl in the land of Drunken Pharaohs. 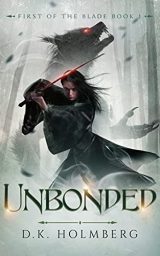 Taught to fear magic. Trained from a young age to destroy those who wield it. The First of the Blade Series begins.

Trained to destroy sorcery from a young age, Imogen Inaratha left that life behind, having come to see magic differently. When her brother asks for help, she embarks on a dangerous journey—and must face a part of her past she wanted to forget.

An encounter with one of the mythical Porapeth changes the course of the journey. Protecting him forces her to face dark magical creatures and a powerful sorcerer determined to destroy the Porapeth in his quest for even more power.

To succeed, she must learn the truth of the blade she’d long thought she’d mastered.

She must truly become the First of the Blade. 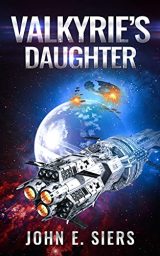 The Otuka are hunting a most dangerous game!

The alien Akara have a secret. They’ve discovered the location of a planet that is home to a primitive human civilization, another ancient “seeding” of the legendary Progenitors. But this planet lies in the territory of the Otuka, spacefaring alien predators who consider human flesh to be a delicacy and the planet to be their private hunting preserve.

Unwilling to confront the Otuka, the Akara have passed the problem to their human allies, the Lunar Free State. Now, the LFS needs to decide what to do about it. Are the “Moonies” willing to take responsibility for an entire planet’s population?

One thing seems certain: a favorite food of the Otuka is about to get much more expensive, as the LFS Marines stand ready to teach the Otuka hunters a hard lesson in the perils of hunting the humans in this part of the galaxy. But no one knows the technology state of the Okuta. Will the Marines be the hunters, or find themselves being hunted in turn?