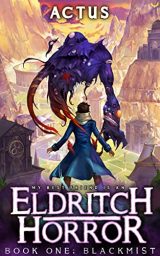 Blackmist (My Best Friend is an Eldritch Horror #1) -Actus

Damien nearly ended the world. Now, his mistake might be the only thing that can save it.

Good things come to those who wait. Damien Vale didn’t, and he ended up bound to an Eldritch creature from beyond the reaches of space. It has lived since the dawn of time, seen the world born and destroyed countless times, and wants to be called Henry.

Unusual companion or not, Damien was still determined to go to a mage college and study magic. He wants nothing more than to live normal life as a researcher, but if Henry’s true nature is revealed, he’ll be killed.

To top it all off, Damien’s teacher is a madman from the front lines of war, his alcoholic dean suspects something is awry with his companion, and Blackmist might possibly be the worst school in history. Damien has to prevent the end of the world, but he isn’t even sure he’s going to make it through Year One at Blackmist. 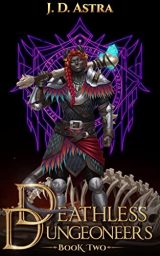 Even in a new realm, Rhen can’t hide from his inescapable past.

Gigafish slain, nexus node activated, and a new realm discovered. Rhen is on cloud nine… until the paperwork comes in.

Now he’s charged with preparing his dungeon to become a transport hub to the new realm, but the regulations are maddening. To help manage the insanity, Rhen hires a specialist to handle his contracts while he slays the boss monsters.

But soon enough his hired help is creating new issues, uncovering secrets that Rhen thought were buried for good. Will his past ruin his future, or can Rhen keep his skeletons in the dungeon long enough to make a killing? 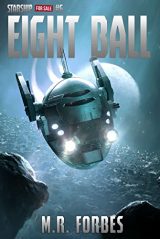 When things fell apart, they fell apart fast, leaving Ben to pick up the pieces.

Unwilling to succumb or surrender, he’ll do whatever it takes to ensure the safety of his crew. Already far behind the eight ball, it’s going to take strength, resilience, and fortitude he never knew he had to get back into the fight.

If he doesn’t, everyone he cares about will die.

The adventure of a lifetime continues in the sixth installment of the #1 sci-fi bestselling Starship For Sale series. If you like found starships, unlikely heroes, and intergalactic mayhem, you’ll love Starship For Sale. 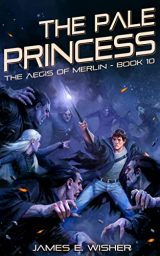 Even vampires have boogeymen.

Talon always thought the stories about the Pale Princess were just that, stories.

At least he did until she showed up, took control of most of his people, and forced him to flee for his continued existence.

And who does the most powerful vampire in the world turn to when he needs help?

Conryu Koda, the Reaper’s Chosen, and the human charged with hunting down and eliminating the servants of the newly arrived demon lords.

But is even Conryu powerful enough to defeat someone that can control vampires? 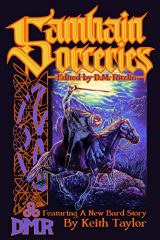 Now, at Samhain, ritual fires of ash and apple-wood, mixed with bull’s bones, burned on the heights and the shore to deter malign spirits, or demons out of Hell as the Christians said.

Just in time for Halloween, DMR Books presents ten haunting tales of swords and sorcery. On Samhain, the dead will rise, dark rituals will be performed, and gateways to the afterworld will open. One of the more notable tales in this anthology is “Night of the Burning Ghost” by Keith Taylor, which features Felimid mac Fal, hero of the classic Bard series. Samhain Sorceries also includes stories by Adrian Cole, Matthew Pungitore, Harry Piper, and more. 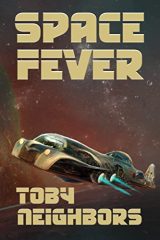 Four brothers, one vintage spaceship, and a set of secret coordinates that lead to the most valuable mineral in the galaxy… What could possibly go wrong?

Chasing down a dream is never easy.  But when all the elements needed for a grand adventure come together, the McCoy brothers go all in to purse a treasure that could make them all rich beyond their wildest dreams.  But they’ll have to pool their resources and talents, learn how to get along, and deal with a government blockade if they are going to have any chance of reaching the Quarzite Crystal mines in the Harpazo system.  And first they’ll need to run the blockade through contested space and hope they can make their way through an astroid field without getting killed, or killing each other.

Along the way they’re bound to run into trouble.  The brothers were raised to be men of principle, but a lifetime in wildly different careers has caused the siblings to drift apart.  To get to the treasure, they’ll have to leave the civilized galaxy behind and depend on their own strength, cunning, and nerve in an unstable system on the edge of the galactic arm. 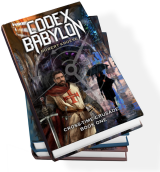 The Cross-Time Crusade – A Kickstarter campaign by Robert Kroese

A secret cabal of demonic forces threatens to destroy civilization and plunge the world into a new Dark Age. Humanity’s only chance is a shadowy organization called GRAIL–the modern day heirs to the Knights Templar–which has discovered the secret to time travel. The past cannot be changed, but if GRAIL can send an agent into the past to recover a lost book on demonology called the Codex Babylon, they may have a fighting chance to save humanity from utter destruction.

The Knights Templar have been shrouded in mystery since their inception. Who were they, exactly? Why was the order formed? What was their role in the Crusades, and what were their relations with heretical groups like the Cathars, the Arabs and Turks who fought with them for control of the Holy Land, and the mysterious order known as the Assassins? What was the reason for their sudden betrayal, persecution and dissolution? Was there any truth to the charges of heresy or worship of a demonic entity called Baphomet? And most pressing, have the Templars survived in some form to the present day?

The Cross-Time Crusade books will provide some possible answers to those questions–but the books are only part of the story. You will be invited to solve some of the mysteries yourself, and if you’re particularly adept, you’ll even get a chance to help shape how future books unfold.