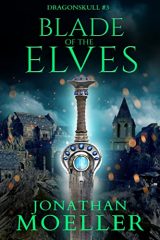 Gareth Arban wants to become a knight and win glory enough to marry the girl he loves.

But death is the other face of glory.

When invaders sweep out of the north wielding mighty dark magic, it will take more than a squire’s bravery to stop them

A knight armed with sword & shield isn’t prepared for a dagger in the back.

Gareth Arban intends to return to Tarlion to marry the woman he loves.

But dark forces seek the Dragonskull, the lost relic of power, and Gareth is the key to finding it.

Unless Gareth watches his back, his death will be the first step on the path to the Dragonskull… 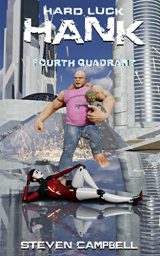 The royal family of a powerful empire are visiting Belvaille for an upcoming diplomatic summit. But their plans are somewhat interrupted when the galaxy’s premier assassin shows up and eliminates every single aristocrat. All except for one child who had been hidden.

Hank is happy minding his own business. Of course, his business entails robbing, extorting, eating lots of food, and fighting. But compared with the rest of the criminals of his city, he’s practically a saint. However, Hank’s easy existence is interrupted by the chief of security who entrusts him with safeguarding the royal survivor.

Along with his unsavory friends, Hank struggles to keep the last child alive while avoiding the Navy, bounty hunters, organized crime, and the most successful assassin in history. If Hank fails, it will result in catastrophic economic collapse brought about by a vengeful empire. 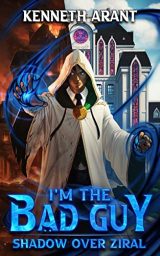 Why, oh why couldn’t he have plot armor?

After waking up as a “bad guy” inside his favorite anime, stopping a royal kidnapping, and headbutting one of his character’s bullies, Aren was finally ready to begin his academy arc… but then the plot screwed him over.

Something is stirring in the mountains and it’s driving the native monsters wild, forcing them to migrate toward the academy. And not even the academy, with all its enchantments and defensive barriers, could survive unscathed if they decided to attack.

To make matters worse, the students of the academy are acting strange. They’re treating Aren like he’s the villain he was written to be, and he can’t imagine why. Only Kami has remained by his side through it all. If they somehow manage to survive the horde of monsters heading their way, Aren and his fellow students will soon be forced onto an entirely different battlefield.

But, hey, at least Aren is the only one who knows the truth of a far-off future and can act to prevent the worst from coming to pass… Right? 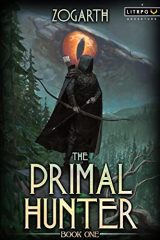 On just another average day, Jake finds himself in a forest filled with monsters, dangers, and opportunity…

It was a day like any other when suddenly the world changed. The universe reached a threshold humanity didn’t even know existed, and it was time to finally be integrated into the vast multiverse. A place where power is the only thing anyone can truly rely on.

Jake, a seemingly average office worker, finds himself thrust into this new world. Into a tutorial filled with dangers and opportunities.

His new reality should breed fear and concern. His fellow coworkers falter at every turn. Jake, however, finds himself thriving.

Perhaps… This is the world Jake was meant to be born in. 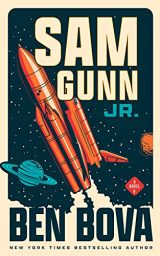 Intergalactic explorer, venture capitalist, and Casanova Sam Gunn may be gone, but his legacy lives on in his son, Sam Gunn Jr.

In his first-ever adventure, Sam Gunn Jr. sets off to fulfill his father’s left-behind mission of interplanetary enterprising. He soon learns his father’s shoes are tough to fill, but he is up for the task. Junior takes a journey through the stars, falling in love with beautiful women and leaving his unique mark everywhere he ventures. Soon, however, this trip through the universe takes a dangerous turn when Junior lands on Saturn and learns about a recent scientific discovery that will change everything, possibly forever.

Will he be able to save the universe and live up to his father’s name? Take an unforgettable ride through space in master sci-fi author Ben Bova’s exciting novel! 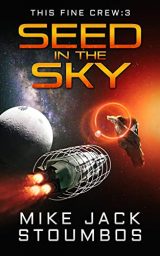 Seed in the Sky (This Fine Crew #3)  – Mike Jack Stoumbos

The sins of the father return…

The Interstellar Initiative didn’t have an easy start. Tensions between species complicated even the simplest tasks, not to mention the perils created by an unstable extra-dimensional entity named Wallace.

Then, just as the alliance began to figure out how to work together effectively, Humanity’s first interstellar sin came back to haunt them. What first appears to be an extra star in Earth’s night sky is—something else—and it’s ready to rain destruction on the planet if the Initiative doesn’t figure out how to communicate or counter it.

The best hope of saving humanity may once again rest in the hands of four cadets and the starship Endeavor. 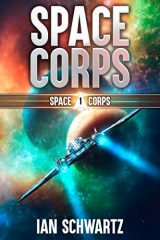 Captured behind enemy lines. To survive, he’ll have to learn to fight by their rules…

At first, it’s a dream come true. Jonathan Blake, a young revolutionary hero, is assigned command of humanity’s first FTL-capable scout ship. But when the Space Corps mysteriously loses contact with an outpost beyond the Solar System, the dream becomes a nightmare.

Racing to rescue his family, Blake and his comrades are captured by the Octos, interstellar slave drivers who force them to fight other sentients in shapeshifting, memory-erasing arenas. To survive these terrors, Blake must learn to work with his crew, as well as alien gladiators from across the galaxy. If he refuses to fight, Blake’s family—held hostage—will be slaughtered.

But as Blake discovers his talent for survival, he likewise uncovers his worst fears: the Octos are launching an armada to enslave Earth. Blake must therefore choose. Will he rescue his family, or abandon them to warn Earth’s new revolutionary government about annihilation? 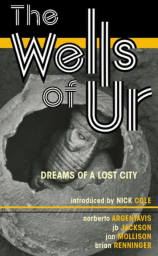 The Wells of Ur – presented by Pilum Press

Begin at the howling wells of ruined Ur, turn from the desert, and let Jon Mollison take you back to the dark trade behind our decision to live close to one another. Marvel at JB Jackson’s demon-haunted 1977 Philadelphia, the city still intoxicated from its then-recent Bicentennial celebration. See, either far in the future or deep in the past, the moment when the White River is crossed and the towers of Im are improved. Visit Argentavis’s thrilling World City, the one where you live now, a hive of vicious subhuman ferocity alive with the disorder brought on by a mysterious absence of statues.