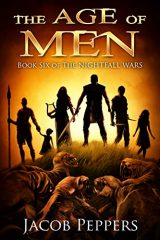 The Age of Men (The Nightfall Wars #6) – Jacob Peppers

Darkness reaches forth its taloned hands, and the shadows dance and caper in anticipation of the long night to come. A night that, should it have its way, will destroy the light and those who serve it, will leave nothing but the cold, empty darkness in which the nightlings roam and feast.

It is close now, that night, that darkness. It creeps over the horizon toward the city of Valeria. Toward the world. It is carried in the claws of the nightlings who serve it, in the blades and the hearts of those men and women who, twisted by grief or pain, have come to call it master. They bear that darkness, these mortals, these creatures of the night, toward the city of Valeria and its people, a cruel message borne by cruel couriers and one that can mean only one thing: death.

But Alesh and his companions, all those brave defenders of Valeria, will not stand by and allow the world to slip into the shadows without a fight. They will stand against the nightlings, against the Darkness, against even the gods themselves.

For what comes, should Alesh and the others be victorious, is not an age of darkness or shadows or even gods.

What comes, then, is the Age of Men. 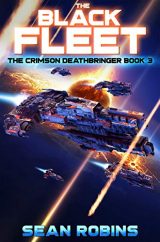 Just when you thought things couldn’t get any deadlier, a massive fleet arrives from the future!

Thanks to Jim and his allies’ efforts, there’s finally peace in the galaxy … but all good things must come to an end.

The Black Fleet, hellbent on revenge, will indiscriminately ravage every planet on its way to Earth. This is the very definition of an extinction-level event, and nobody seems to able to stop the enemy ships in their tracks. To make matters worse, the Akakies are willing to sacrifice Earth to save their own species.

Having defied the odds a few times already, it again falls onto Jim and his friends to save the day, but can he counter such a universe-ending threat? And if he does, at what cost? 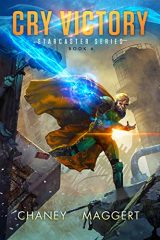 Thorn Stellers and his daughter are a problem, and not just for the Nyctus. With their power taking shape in directions like no one has ever seen, the Orbital Navy is faced with an unwelcome reality—

The Starcasters are beyond control.

Kira and Damien are assigned diplomatic roles in the growing sphere of galactic relations, leading them to a stunning discovery—humans are not alone in their fight against the Nyctus. Worlds are being destroyed by an unseen foe, with no defense against their attacks. Reaching out to new allies, the Orbital Navy finds a vast network of trading partners who lend technology that makes the navy into a fierce new weapon, but with this change comes a critical question.

Can the Nyctus be allowed to live? 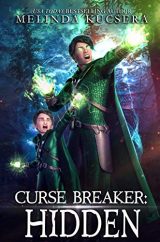 To defeat the ancient monster destroying his home, Sarn must regain the rest of his magic. But unlocking that power won’t be easy with a concussion and an evil entity on the prowl. The Devil wants his soul, and he’ll cheat to get it.

Even if Sarn beats the devil and gets his earth magic back, the rocks in the monster’s lair could kill him and his son unless he stops them from stealing their life force. He’s never needed allies this badly or a healer.

But his friends are fighting their own battles. Help might not arrive in time to make a difference. All their efforts won’t matter if a priestess destroys their queen and the enchanted forest that protects their home.

A country can’t stand without its queen. Can it survive if its last mage falls? 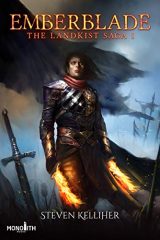 The gods answer to no one. Kole Reyna plans to change that.

When a war between ancient Sages threatens the world, Kole resolves to kill them once and for all. Not just for the Emberfolk he has sworn to protect, but for the mother he lost at the Sages’ corrupt hands.

As the need for vengeance threatens to consume him, Kole struggles to control his inner fire, the fiercest flames to burn within an Ember warrior in generations.

With his people hanging on the precipice, he must discover the limits of the one power he fears above all else. 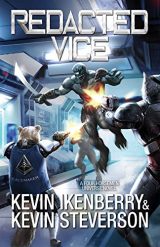 Following their successful mission on Parmick, young Peacemakers Jyrall and Larth remain teamed up with the newly formed Blue Ridge Kin and its unique cast of characters. As the events of the Guild Wars spiral out of control, the Peacemakers prepare for a mission they believe will provide early intelligence to Guild Master Rsach, only to be called off their mission and sent on one with a much high priority.

Separated from the Peacemakers, Cora McCoy and the Blue Ridge Kin report to the jungle planet Weqq to defend against an attack the Peacemaker Guild has determined will come. They arrive and are immediately met by the Crusaders—mostly Human units formed under the auspices of the Peacemaker Guild—who flaunt the laws of the Galactic Union ruthlessly. All is not well within the Peacemakers.

Meanwhile, Jyrall and Larth find themselves drawn into a much larger mission at the request of Jessica Francis, Earth’s first Peacemaker. All they have to do is steal a stargate—a hyperspace-capable portal—from a group of mercenaries that vastly outnumbers them. Will they be able to recruit the assistance they need, or will they be the latest casualties of the Guild Wars? 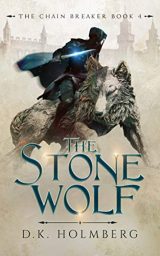 A new magic threatens to destroy Gavin—or change him forever.

Gavin has secured the city, preventing the deadly Fates from bringing their terrible sorcery back to Yoran, but Tristan remains at large. Their fight had been a test, and Gavin knows he can’t fail the next one.

When a strange attack pushes him to reveal the depths of his magic, Gavin knows Tristan has returned to finish what he started. This time, he’s working with a power greater than any sorcerer—and something Gavin has never faced.

A friend’s abduction forces Gavin to take action he never would have considered in order to save them and stop Tristan. He must use all his connections in the city, but even that might not be enough to save them—or stop a plan that’s been in play for years.

The Chain Breaker will not be enough.

He must find a way to become something more than he’d ever trained to be.