Every week, the Castalia House Blog spotlights some of the many new releases in independent, pulp and web novel-influenced science fiction and fantasy. 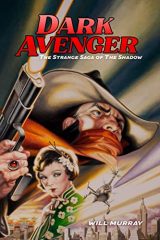 Dark Avenger: The Strange Saga of The Shadow – Will Murray

The Deepest Secrets of the Master Avenger Revealed at Last!

Dark Avenger: The Strange Saga of The Shadow documents the enigmatic character’s transition from mysterioso broadcaster to a crime-fighting detective who rivaled Sherlock Holmes and inspired Batman, as well as numerous others in all media. Packed with numerous quotes from the creators responsible for bringing The Shadow to life, this book explores and illuminates his legendary history.

In this volume, all of The Shadow’s secrets are finally laid bare. Or are they?

Many believe him to be millionaire world traveler, Lamont Cranston. But the master avenger also claimed other identities, and there were whispers that he may have been someone else entirely.

For only The Shadow truly knows…. 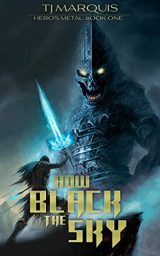 The world of Chasmgard is a place with endless secrets and a strange cosmology. A deep red sun crawls across a canvas of black, and nobody remembers why. Landlocked by a depthless Chasm, Overland and the Underlands have always vied for power and land. In How Black the Sky, we join a band of legendary warriors who may just be at the end of an age.

A young spellsword looking to prove his mettle stumbles on news of imminent doom. Falling in with legendary warriors from the Overland, Pierce heralds the coming attack from the hollow earth below.

His new friends are Gorgonbane. Once mercenaries, now heroes, they are the only thing standing between Overland and the horrid Monstrosities of the Underlord. His lust for power has reached its peak, but the coming invasion may not be exactly what it seems… 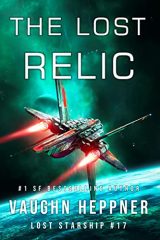 Captain Maddox is marooned on a harsh alien planet 6000 light years from Earth. He struggles alone, desperate to survive, knowing that failure will forever cost him his wife and daughter.

But there’s more at stake than Maddox’s life. In the planet is a relic of unimaginable power and the secret to the Builders’ demise. The Mastermind has sent Iris, his human lover, and a team of intelligent canine killers, to retrieve the relic for his greatness.

Here, in a strangely dampened star system, the crew of Victory faces its cruelest challenge, battling entities thousands of years old to end a war begun long ago. 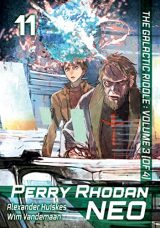 Crest and his companions find themselves transported to a desolate, dying planet inhabited by insectoid creatures pursuing a dangerous mission under the yoke of the Arkonides: complete a superweapon for use against the Methanes. While investigating, they discover a more familiar species—the Ilts—being oppressed by their hosts. Meanwhile, Manoli and his companions have fallen ill. The mysterious sickness is thought to be linked to their time as Besun, but relations between the Fantan and Earth are fragile. Can the Fantan save their former captives’ lives?

Elsewhere in the galaxy, Rhodan’s crew find themselves stranded in time and space on Ambur, the Vega system’s mysterious tenth planet, a hostile wasteland with pockets of civilization. What are Rhodan, Thora, and the others expected to give in return for their rescue by its inhabitants? And can the strangers cure the strange affliction tormenting Bull and Sue? 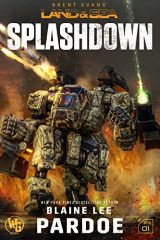 An unknown enemy waits for war.

From the bottom of the oceans of the world a hidden threat stalks mankind – probing, testing our weapons and defenses, biding time to strike. In the summer of 2039 this aquatic foe unleashes surprise attacks against coastal cities around the globe. Mankind faces a sophisticated new enemy, arrived from the depths of space and lurking in the dark blackness of the seas.

The United States and the rest of the world are ill prepared for such an attack.

Humanity’s only hope are ASHURs, powerful armored combat suits named after the Assyrian god of war. The fight for survival will require ingenuity, cunning, and a furious application of destructive violence against the most unrelenting enemy mankind has ever known!

Tom Clancy and the Expanse meets Mecha-charged combat in this thrilling series that pits humanity, world governments, and deadly alien invaders against each other.

The fight for tomorrow begins with the initial SPLASHDOWN… 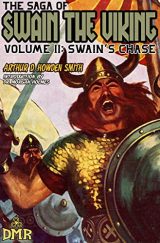 “Frakork and Olvir Rosta were the means of the death of my father and mother, and my two brothers. Frakork have I slain, but Olvir has yet to feel the weight of my vengeance. But my time shall come, yes, though it requires the whole of my life, and I must pursue him over the world’s rim!”

Swain the Viking’s desire for revenge knows no limits! When Swain learns that Olvir Rosta has taken refuge in Mikligard (as the men of the north call Constantinople), he thinks nothing of sailing across the seas to hunt down his sworn enemy. But Olvir has wrangled for himself the position of commander of the Emperor’s Varangian Guards. How will a straightforward free-speaker like Swain navigate the intrigues of the Byzantine courts and convince the Emperor of Olvir’s despicable character?

In addition to the thrilling novel Swain’s Chase, this volume of The Saga of Swain the Viking contains two novellas: “Swain’s Venture” and “Swain’s Payment.” 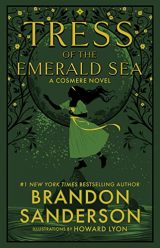 The only life Tress has known on her island home in an emerald-green ocean has been a simple one, with the simple pleasures of collecting cups brought by sailors from faraway lands and listening to stories told by her friend Charlie. But when his father takes him on a voyage to find a bride and disaster strikes, Tress must stow away on a ship and seek the Sorceress of the deadly Midnight Sea. Amid the spore oceans where pirates abound, can Tress leave her simple life behind and make her own place sailing a sea where a single drop of water can mean instant death?

I started writing this in secret, as a novel just for my wife. She urged me to share it with the world—and alongside three other secret novels, with the support of readers worldwide it grew into the biggest Kickstarter campaign of all time. I’m excited to present this first book to you at last: a different type of Brandon Sanderson story, one I wrote when there were no time constraints, no expectations, and no limits on my imagination. Come be part of the magic. 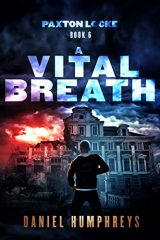 “Your Very Reality is Under Siege as We Speak.”

Vengeance came at a high cost. Paxton Locke not only lost his job, but he’s also the subject of a Federal manhunt. On the run, with no backup or resources, he still has a mission, albeit a cryptic one, issued by his angelic patron.

But his old Division M coworkers aren’t the only threat. Renaissance Gitano—an elite operative from a secretive order of magicians Paxton has faced before—also hunts him. She will go to the ends of any Earth to bring him to justice and satisfy her own need for revenge.

With hidden and overt forces of the world arrayed against him, can Paxton Locke answer the call and save the day yet again?