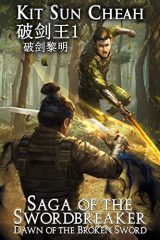 Li Ming is a small-town boy with big dreams.

In the era of the Five States and Ten Corporations, the immortals of the jianghu stand head and shoulders above the masses. Li Ming aspires to join their ranks.

But the world of the rivers and lakes is fraught with peril. Deception and danger lurk in the shadows. Bloodthirsty beasts roam the wilds. Martial cultivators constantly battle for wealth, glory and status.

Armed with his ancestral swordbreaker, Li Ming enters the jianghu as a biaohang, eager to deliver justice with steel and magic—and to chase the dream of immortality.

But first, he must prove himself worthy.

Author’s Note: This series is not a power fantasy. There are no LitRPG / GameLit elements, no unconventional relationships, and no sexual content. It is, quite simply, a cultivation story—in the actual sense of the term. 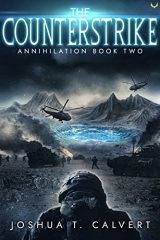 Cities and landscapes that have not yet been destroyed by crashed spaceships and orbiting debris are being devastated by radiation and localized changes in the laws of physics near the alien ship remnants.

While extraterrestrial spaceships divide and exploit the solar system among themselves, Europe desperately tries to preserve it’s chances of survival for the remnants of humanity.

They have a pawn in hand that they must play. When they finally do, an opportunity opens up that humanity must immediately seize… but at what cost? 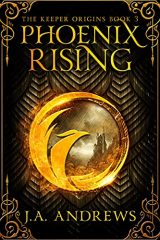 I wish more of the nudges that shaped history were the gentle kind—the signing of a treaty, the commitment to protect the weak, the spreading of a story that would enlighten minds.

Alas, humans are more prone to stagnate than to change willingly, and so most nudges are given with force and terror and blood.

Most nudges come at the slicing of a blade or the searing of a flame.

The final chapters of Sable’s beginning certainly did.

More blades than I hope to see again, and the fire…

Who could ever forget the fire?

—Excerpt from Chapter 2 of Interesting Beginnings by Flibbet the Peddler 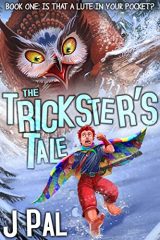 The Trickster’s Tale: Is That a Lute in Your Pocket? – J. Pal

Everyone wants to be the chosen one.

But due to a Goddess’s clumsy meddling, a struggling musician named Perry ends up accidentally transmigrated alongside her true chosen one with none of the above.

Demanding a portal home or reparations for his bereaved family doesn’t win him respect either. Instead, he finds himself thrust into a world of magic, monsters, and a wise cracking System. His courage wins him nothing but severely diminished proportions and a brand that severely limits his combat potential.

Little does the Goddess know that nothing can stand in the way of Perry’s sheer will. If brute strength and arcane powers won’t get him the justice he desires, bardic wit, musical talent and creativity will.

Perry’s first target? A goblin shaman. Then, the world. 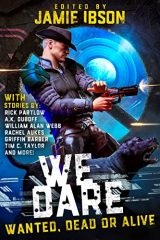 There is no hunting like the hunting of man, and those who have hunted armed men long enough and liked it, never care for anything else thereafter.
– Hemingway.

Bounty hunting is one of those morally gray areas that exist at the periphery of civil society. Few people know anyone whose job it is to find and retrieve fugitives, and bring them before the courts. In the future, however, one can envision any number of ways of how bounty hunting can be used (or abused) for any number of problems. Alien monsters haunting your space station? Bring in a team of hunters, and watch the double-crosses fly. Indentured workers flee ‘the system’ for the safety and anonymity of the Underhive? Facial recognition and some DNA sampling might help you find them. On the flip side of the coin, what if you were born wanted, and have been on the run your whole life?

Edited by Jamie Ibson, We Dare: Wanted, Dead or Alive is a collection of fifteen all-new stories that explore the wheres, the hows, and the whys behind this anti-hero filled profession. 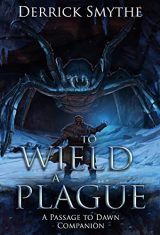 To Wield a Plague – Derrick Smythe

There will be no victory here for anyone but those who thirst for blood.

Forced to choose between his mother’s life and his own exile, Dwapek embarks upon a journey wrought with trials no ordinary Renzik could hope to survive. Relics of legend, plagues of old, and monsters of unthinkable dread all collide in this epic fantasy adventure as a weapon capable of destroying an entire people is set to be unleashed.