The Four Horsemen, the Ember War, and dinosaurs march across this week’s list of new releases. 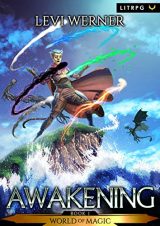 The future lies within our minds…

Paralyzed in a workplace accident, Lox’s life is looking bleak. He can’t even use the cutting-edge hardware that would allow him to play in the full-immersion-games that have become so popular. This all changes when he hears from New Universal Frontiers, the company with the best game out there: World of Magic.

They offer him the ability to use their hardware despite his injuries, but at a cost… he can never leave the game.

Once in the game world, Lox quickly realizes that there is a lot more to this new realm than just a game. Given a class that everyone thinks is useless due its inherent dangers, Lox begins a long and painful series of trials, some of them explosive, almost all of them dangerous as he masters his magical abilities.

As Lox explores the depths of this world’s magic system, he soon discovers there is a lot more going on here than anyone ever expected. 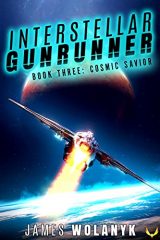 Welcome to the end-of-the-universe clearance sale. All life must go.

Trapped and tortured in the Halcius Hegemony’s reality-warping prison, arms dealer Bodhi Drezek has resigned himself to Kruthara’s galaxy-swallowing apocalypse. But for better or worse, his fortune changes in the wake of a daring jailbreak by an old nemesis.

Before long, he finds himself among the ranks of humanity’s scattered, broken remnants, who have organized a last-ditch effort to preserve reality. Their solution? The tomb of the Great Maker, an ancient site prophesized to contain the only weapons capable of halting Kruthara’s hellish tide. But the search for the tomb leads them into an uncharted, nightmarish dimension known as the Untraversed—and Bodhi’s ragtag band isn’t alone in it.

Kruthara’s eldritch terrors, bolstered by the entire fleet of the Halcius Hegemony, are hot on their trail. With every step forward, entire civilizations burn at their backs. Stars and planets are consumed by eternal darkness. With nowhere else to run, Bodhi plunges deeper into the madness, dodging time-twisting organisms, sun-devouring serpents, and dreaming gods. 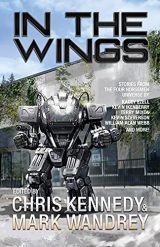 It’s the Twenty-Second Century. The galaxy has opened up to humanity as a hyperactive beehive of stargates and new technologies, and we suddenly find ourselves in a vast playground of different races, environments, and cultures. There’s just one catch: we are pretty much at the bottom of the food chain.

Enter the Four Horsemen universe, where only a willingness to fight and die for money separates Humans from the majority of the other races. Enter a galaxy not only of mercenaries, but also of aliens, hired assassins, and accountants. Accountants?

Edited by bestselling authors and universe creators Mark Wandrey and Chris Kennedy, “In the Wings” brings you a variety of all-new stories in the Four Horsemen universe showcasing characters that—until now—have always been one step out of the lime light. The fifteen authors bring you looks at some of the universe’s minor characters, giving you additional insight into what truly makes the universe tick…and some additional information you won’t get anyplace else! 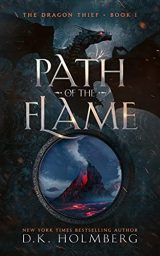 It will take a thief to stop a thief.

Zarinth is a dangerous city at the edge of the kingdom, illuminated by the constant fire of the nearby volcano Ishantil. For thief Ty, it’s more than a city filled with valuable ancient dragon relics. It’s the home he could never leave.

When Ishantil threatens to erupt, and the city descends into chaos, Ty wants one last score before finally leaving the city—and his past behind. All while the notorious Dragon Thief chases the same prize.

The Dragon Thief has a reputation for a reason, but Ty begins to think there’s more to the job than he ever expected.

Success means more than freedom. It means he can buy the answers he really wants. And it just might save the city from destruction. 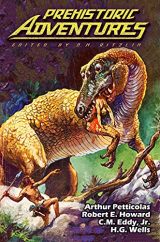 Travel back to the Earth’s primal days when men were as savage as the beasts they hunted! Presented here for the first time in book form is the cult classic novella “Dinosaur Destroyer,” in which Daarmajd, the Strong, leads a life of primitive warfare and conquest that makes for as bloody a tale as any you’ll ever read. Also included are Robert E. Howard’s first published story, “Spear and Fang,” and three more exciting tales of life at the dawn of mankind! 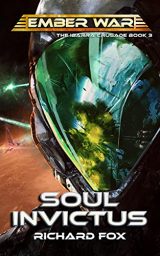 Ely Hale and the Steel Sworn strike out on a dangerous mission. They must save the souls of an unsuspecting world before the evil Geist can harvest them.

A desperate call for help from hidden agents on the planet Roanoke brings an opportunity for the Ibarra Crusade: a Charon transport. The Geist reap colonies under their control, the harvest transported between the stars aboard their soul prisons. Lady Ibarra wants that ship, and sends two lances of Armor and the Scipio to seize her prize.

If Ely fails, and the Geist will grow ever stronger. Can he learn to wield Armor’s fury in battle?

Soul Invictus, the third novel in the latest Ember War series, has all the Armor combat, explosive battles and growing intrigue that military science fiction readers have come to know and love about Richard Fox books. 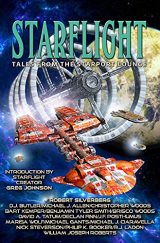 Seventeen incredible authors. Seventeen amazing stories. One fantastic sci-fi universe, where the only limit is one’s imagination. Welcome to Starflight.

Based on the exploration-based Starflight video game series created by Greg Johnson and the Binary Systems team, the stories in Tales From the Starport Lounge flesh out and shine a light into the darkest corners of the known universe. Join the last vestiges of Humanity and their alien allies (the reptilian Thrynn, the insectoid Velox, and the plant-based Elowan) as they attempt to carve out their own territory in a sector of space filled with wondrous opportunity and deadly threats. Brave explorers seek out new worlds to colonize while merchants cruise from starport to starport, their holds laden with exotic goods.

Not all in this futuristic setting have noble intent. For every prospector and trader attempting to make a difference, a dozen pirates, smugglers, and mobsters engage in all manner of criminal enterprise. Gangs fill the underbellies of every major city and raid the trade routes between the stars, pushing the outnumbered and outgunned Interstel Police to their limit and forcing civilians to take matters into their own hands. It’s a rough and tumble universe, where one wrong move could spell doom for an expedition, or grant enough wealth to buy a planet.

Board your ship and set course for stars unknown! The universe awaits. 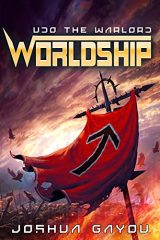 When war comes to the Worldship, all bets are off.

Udo is chosen to be named count. The title comes with the wealth and privilege he’s always wanted, but he has a nagging feeling it will be more trouble than it’s worth.

Things become complicated as Hanman, counselor to Ditmar the King, coerces Udo into informing against Gerold of the Four Fires, Ditmar’s chief general in the war with Walhaz. Udo resolves to play this part to the best of his ability, but is soon horrified when that same general coerces Udo into informing against Hanman. Even worse, both of these men seem openly aware of the other’s scheming, and seem pleased to play Udo against each other, with the newly-elevated Count ill-equipped to handle all the intrigue.

A surprise assassination carried out in the Ditmar’s very own fortress causes the king to act fast. The army launches with all haste for Walhaz, including Udo, the giant Riese, Gerold, Hanman, and thousands of other soldiers and nobles. Landing in enemy country, Udo must now navigate a war he does not understand along with all of the earlier troubles, and in the meantime, he remembers the commandment from the goddess Ing: he must look after his brother Riese even though Riese seems to have very little interest in being looked after.