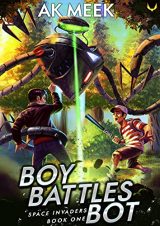 Something strange is happening in Apple Valley…and it all begins one night when ten-year-old Jimmy sees a mysterious object crash to Earth.

Investigating, he finds an alien bearing a dire warning. A sinister force is on its way to take over the planet. Already its minions are infecting Apple Valley like a virus.

But all is not lost. Jimmy receives special powers to battle the impending doom. His quest to annihilate evil leads him to cities overrun with strange robots and hostile animals, to spooky cemeteries where things claw their way from the ground, and to a carnival that should’ve been shut down years ago for safety violations.

Late night B-movie indulgences, eye-searing video game marathons, and a lifetime of mindless consumerism give Jimmy the skills to get the job done. He must hurry because summer break’s almost over. Then it’s back to school. If there’s a school left… 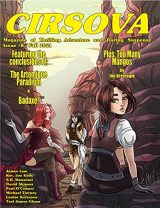 Achilles “Whip” Hister is dead! The Galactic summit has turned into a massacre, and the Artomiques are ready to unleash their ultimate weapon: dreadnoughts based on the Space Shark Erlik created! Can anyone, or anything, stop them?!

Foes pursue the Mongoose and Meerkat in the frigid north, seeking to prevent retrieval of a magic trinket for a client! One of the bandits…appears to be Mangos!?

Ghosts of animals appear as if by magic in paintings! The phenomenon is a strange blessing… Until a butcher begins supplying choice cuts of mystery meat to the artist!

The fearsome legions of the God Badaxe are on the march, cleaving a bloody swath through the magical land of Pangaea. Countless villages have been burnt to the ground, their young male populations examined and beheaded. Somewhere, a boy with a strange birthmark on his right palm poses a deadly threat to the most powerful being in Pangaea-if he is allowed to reach maturity! 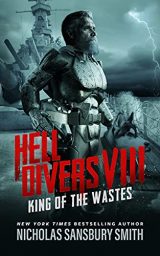 A year has passed since the Hell Divers defeated the machines at Kilimanjaro. The freed captives have settled into their new home at the Vanguard Islands, joining survivors from around the world. But extreme weather and failed crops have raised the specter of famine. Ships must push deeper into dangerous red zones, only to come back with less loot—and fewer soldiers.

When the Hell Divers discover a scroll on a raid, King Xavier is faced with a long-buried truth that threatens the future of his people and all of humanity. The Vanguard Islands are not the salvation the sky people thought them to be. To survive, they must venture through the Panama Canal and into the wastes beyond.

With the future at stake, the Immortal once again dons his armor. But there is a reason the great Cazador armies never returned from the canal, and this time not even the King of the Wastes is prepared for what awaits them. 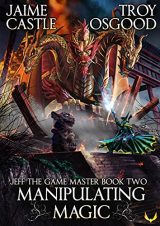 After the rogue patch did its damage, Jeff and the rest of Infinite World’s players face a new threat: Shelarag, the Mother of Dragons.

She’s pissed. Someone killed her lover, and now they will pay.

Still tasked with figuring out who or what is responsible for the chaos, Jeff must also figure out what the heck a Manipulator Class is. To help him on this journey, former GMs Torvi and Snapdragon will apply their extensive knowledge of the game to power-level Jeff and attempt to restore normalcy to the game. 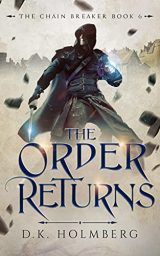 The arrival of a dangerous sorcerer forces Gavin to confront his past.

As Gavin works with the El’aras to master his connection to the ring, he learns of an El’aras prophecy that speaks of the Shard and a Champion.

One must destroy the other.

Though Gavin doesn’t believe in prophecy, he can’t deny that he’s caught up in something greater than he understands—and begins to suspect he’s been guided toward his fate.

The arrival of a powerful sorcerer tests Gavin’s belief. If he can’t stop the Sul’toral, he might have no choice but to fulfill the ancient prophecy and destroy someone he’s come to deeply care about. 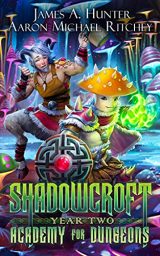 After narrowly surviving his first year at Shadowcroft Academy for Dungeons, Logan Murray—army vet turned fungaloid—thought the hardest and weirdest days of his life were finally behind him.

Logan has never been that lucky.

Students are being killed, more so than usual, and no one is quite sure why. Logan and the Terrible Twelfth suspect it has something to do with Arborea’s secretive past. Worse, solving the mystery is only one of Logan’s many problems. His cultivation has stalled, Prince Chadrigoth is trying to murder him, and he’s got a lineup of new and challenging classes, like Best Friends Forever: Your Minions and You and Offensive Dungeon Design: When the Best Defense is Preemptive Murder.

Logan didn’t survive his first year by giving up when the going got tough, and he has no intention of rolling over this time around. All he needs to do is level up his core, advance to his next monstrous evolution, unravel a mystery as old as the school itself, and put the smackdown on a demonic bully with murder on his mind. You know, just another ordinary year at good ol’ Shadowcroft. 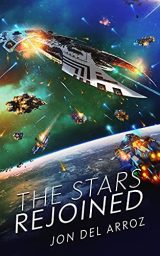 If Tamar can’t be stopped…

The Aryshan War reaches its stunning conclusion! With her bond broken, Tamar seizes control of the Aryshan Empire and escalates the war against Earth to new levels. She will stop at nothing until the humans are brought to their knees.

Sean races to find a way to reverse her condition to bring her back to the way she was, but the epic confrontation of the bulk of both empires’ fleets looms ever closer. He has to reach her before it’s too late. 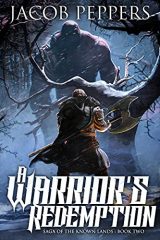 It was a truth Cutter had learned long ago, for he had been that man. For countless years, on countless battlefields, he had sought violence and blood…and the gods help him, he had found it. Found more than his share.

But there was another truth, one he was only now beginning to understand.

The truth that, once a man wed himself to violence, to war, he could not easily put it aside, for carnage was a jealous bride who, upon discovering that its groom had forgotten it, set out to make him remember.

She did that reminding not with soft words but with battle cries and the screams of the wounded.

And death, of course. That most of all.

And so Cutter finds himself taking shelter in the woods with the remaining survivors of a bloody massacre. Now, he and his companions journey to New Daltenia, the capital of the Known Lands and the seat of his brother’s power. For only there can they prove Matt’s royal blood and keep him safe.

Next week’s new release list will be pushed to Sunday, September 26th.