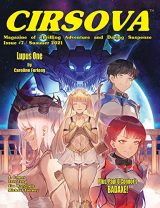 The fearsome legions of the God Badaxe are on the march, cleaving a bloody swath through the magical land of Pangaea. Countless villages have been burnt to the ground, their young male populations examined and beheaded. Somewhere, a boy with a strange birthmark on his right palm poses a deadly threat to the most powerful being in Pangaea-if he is allowed to reach maturity!

Mangos has won many a game of Regum! But can he prevail in an arena with enchanted life-sized pieces, for extraordinary stakes…and Kat as an opponent?!

The elder Achilles Hister has stolen the body of his son to mitigate the effects of consciousness transfer! A secret alliance between the Artomiques and the new Red Queen jeopardizes Earth’s future even as the Wild Stars peace summit proceeds!

A celestial battle plays out on the lunar landscape, unbeknownst to scouts patrolling its surface in wolf-like biomechanical beasts-until they are in its very midst! 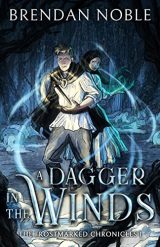 A Dagger in the Winds (The Frostmarked Chronicles #1) – Brendan Noble

Wacław has always dreamed of a purpose. Except he’s never actually dreamed. Each night, his soul leaves his body and wanders the world, free from the scorn of his father and mocking of his tribe. If only he understood why.

The entire village fears Otylia, but she prefers it that way. She’s a szeptucha, a whispering channeler of the wild goddess Dziewanna. Everyone’s abandoned her—even Wacław, her once best friend—but Dziewanna never would.

It’s been four years since Marzanna, goddess of winter, stole Otylia’s mother. The goddess’s death in spring is Otylia’s annual retribution. But when Otylia discovers Wacław bearing Marzanna’s Frostmark on what should be the last day of winter, she realizes the dark truth.

Spring will not come, and only Wacław can help her find out why. 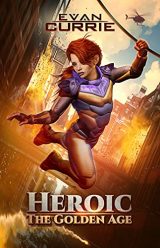 We were discovered. No once noticed. We were invaded. No one realized. We fought back. No one… cared. In the last moments before defeat, our enemy deployed a bioweapon, spreading an invisible pandemic to the winds.

The world just wanted to go back to normal.

A third of the population have the genetic code needed to activate the Quantum Virus. Billions of people, waiting to wake up one morning with powers. Abilities. Enhancements beyond that of mortal men.

The aliens bet on us destroying ourselves in the ensuing madness, but not all humans revel in destruction. When Order and Chaos go to war, Chaos always wins in the short term… but heroes know how to play the long game.

Looking back, will this be the beginning of the end, or the start of the Golden Age? 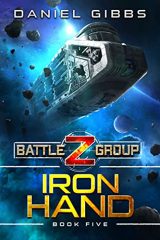 The safety is off.

After witnessing his son’s birth, Captain Justin Spencer contemplates leaving active duty in the Coalition Defense Force for a training post. New pilots straight from the academy are sorely unprepared for combat conditions, just like he was when the war with the League of Sol began. But after a year of intense dogfights, the CDF can’t afford continued losses from ill-equipped rookies.

Pirates target a civilian starliner, forcing the CSV Zvika Greengold to renew an old acquaintance. The intelligence agent’s methods are unorthodox at best, but Colonel Tehrani is determined to avenge the innocent.

No matter the cost.

Sustained CDF presence in neutral space brings back bad memories of Terran Coalition overreach in the fiercely independent outposts. But to flush out the culprits responsible for the horrific tragedy, Justin and the Greengold will go wherever the evidence takes them.

Even when their actions threaten to start another war. 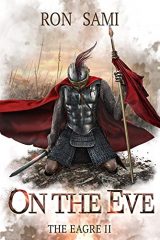 War has broken out in Atonkaris. In the Cradle of the Wandering God, conspiracies and rebellions are being prepared. Ancient magic is coming to life and out of control. One thousand pilgrims prepare for a dangerous Journey from which no one has ever returned.

Gonat still loves his family, but he transforms into a completely different person than he was before.

Prince Yves receives a mysterious artifact that was not created by or for Atonkaris.

The Gift falls from one deadly trap into another. 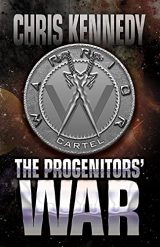 Lieutenant Commander Shawn ‘Calvin’ Hobbs and the crew of the Vella Gulf went back in time to find the technology they needed to beat their Enemy in the present, but it doesn’t exist. They only have one option.

Fight the Enemy in the past and destroy them there.

Unfortunately, the Enemy has overwhelming numbers, and—while the Enemy doesn’t have the technology the Terrans have—quantity has a quality all its own. And then there is the Enemy’s 25-mile-wide command ship. If the Enemy should finish it, they will have an overwhelming force with which to sweep the Terrans from the galaxy.

The Terrans must build—must establish the Warrior Cartel Admiral Sheppard has been placed in charge of—if they are to defend the people of the past and destroy the Enemy for all times. The Emperor hasn’t funded the Cartel, though, and Sheppard will have to figure out how to do it on his own. 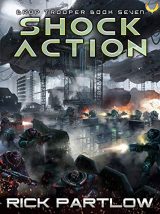 Cam is a Marine, not a spy.

That’s what he keeps trying to tell Fleet Intelligence, but when he and Vicky signed back up, they agreed to follow orders. And their orders are to keep working for the Corporate Security Force and find out what the private paramilitary force knows about Zan-Thint and his plans to use Predecessor technology against the Commonwealth.

The trouble is, the CSF doesn’t seem to care about Zan-Thint anymore. They send Cam and Vicky and a crew of mercenary Drop Troopers to an isolated mining world called Portent. Their job? To put down a rebellion by wildcat miners who don’t want the Corporate Council stealing the fruits of their labor. Somehow, they’ve been able to hire the baddest mercenaries in the Commonwealth to hold onto their planet.

Stuck leading a crew of cutthroat mercenaries who want nothing more than to slaughter the wildcat miners and take their rhenium ore, facing down an even more cutthroat band of mercenaries who’ll kill anyone they consider a threat, Cam and Vicky try to negotiate a course between the two and figure out who’s actually paying the mercenaries and why the Corporate Council is really interested in a backwoods rhenium mine.

Because nothing on Portent is as it seems…and their allies might be just as ready to kill them as their enemies. 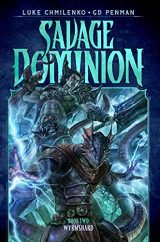 Maulkin and his Eternal buddies are on a roll. They’re getting stronger, have two of the shards that will help prevent the return of an evil god, and even have a good idea where to find the rest.

Maybe Maulkin has taken a month off to hang out with his new elven girlfriend and learn how to swing his giant sword around, but hasn’t he earned a holiday?

Everything is fine. Shut up.