With the threat of another attack, Haern must use his new abilities to make a dangerous gambit. Doing so requires he trust someone who has betrayed him once before, and count on others who still don’t fully understand the nature of their abilities. If they succeed, they might finally be able to stop Olander Fahr before he manages to acquire another of the Elder Stones.

Daniel struggles to understand his connection to the shadows along with what it means that he can sit at the Council of Elders. When a new threat appears, his unique understanding of the shadows might be the key to survival.

Lucy continues her search to discover the longer game. With the Architect now imprisoned, she has access to someone who can guide her to where Olander Fahr might attack next, but they remain a step behind. A growing fear that someone has deceived her leads her in a new direction, but it’s one that will require her to make a dangerous choice.

Isolated within the city of Lexa, Ryn must continue to serve the Great One, but a new challenge to her authority forces her to look for power in a different way.

Plans unfold, but for the first time, all begin to wonder if the one behind them is different than who they had believed. And if not Olander Fahr, who is the real threat? 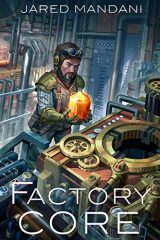 Who could have predicted that a simple mining mission would end up jeopardizing the entire known world?

When a couple of dwarves keep pushing deeper and deeper into the earth to find new veins of mithril to extract, what they unearth, however, is the doom of their race. Bursting out of the breach they created is a horde of powerful demons that only know one thing: to destroy.

Fast-forward a few months and the war rages on. Unfortunately for them, despite their bravery, the dwarves are no match for the sheer numbers and ferocity of their adversary.

In a last-hope attempt to save their kind, they decide to activate a secret project their engineers had been working on: a mobile factory made of bricks, brass, magical runes and soul gems. That sentient machine is not only capable of observing and learning from its foes, it can also produce the required weapons necessary to strike back.

This Factory Core—as they call it—will need to build units and defensive mechanisms to repel the demon army and prevent it from razing the city. But this will prove to be an almost impossible task as the invaders, led by a vicious commander, have more than one trick up their own sleeve… 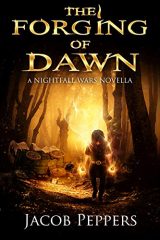 The Forging of Dawn – Jacob Peppers

No armies march. No generals marshal their troops on some distant battlefield. Yet the people of Entarna are at war.

And they are losing.

The nightwalkers have returned, creatures that roam the darkness searching for anyone foolish or unfortunate enough to find themselves without light to protect them. And the people of Entarna carry lanterns and torches, wielding them as shields against the night’s creatures.

But sooner or later all lights fade. All flames go out.

Torrik and his wife were once soldiers in the war against the Dark. But when their son Alesh was born, they left that life behind them in the hopes of keeping him safe. But Alesh is no normal child, and Torrik will be forced to learn a hard truth.

Finding themselves in the center of a conspiracy threatening the entire realm, Torrik and his wife must try to become the people they once were, people they’d thought they’d left behind long ago.

For when all lights go out…darkness reigns. 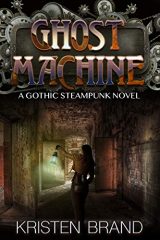 Ella Rosenfeld doesn’t feel insane. In fact, she feels quite normal. Exactly how she did before the accident.

Until the sun goes down. Then the hallucinations start…and the ghosts come. Sometimes they speak to her. Sometimes they merely stare. But they couldn’t possibly be real, could they?

Checking herself into an asylum in the mountains of Eastern Europe, Ella hopes the doctor there can cure her. She doesn’t want to be a burden to her family. She doesn’t want to keep seeing ghosts, or whatever they are, every night. Desperate for relief, she’ll try anything to banish the dead.

But there is no solace to be found. Only silence, knitting, and cruelty. Soon Ella realizes that while she could check herself into the asylum, she cannot check herself out. At the mercy of the doctor, her treatments grow more barbarous and agonizing by the day.

Ella must escape before the horrific experiments leave her dead. Or completely mad. But her only hope is the surly and stubborn Baron. Only he can stand between her and the twisted treatments her Doctor insists are necessary.

Will the Baron help Ella or betray her? And what terrible fate is waiting for Ella beneath the asylum? 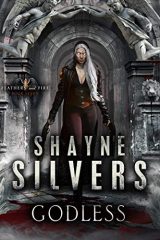 Callie Penrose is back to murder vampires and chew bubblegum. And she’s all out of bubblegum.

Callie has had a rough few days. Five minutes after discovering she had a Godfather, she learned that the future of the world depended on the two of them taking an immediate road trip.

To Castle Dracula—a place even the supernatural community believed to be an urban myth, dead and abandoned long ago when Dracula had perished at the hands of Van Helsing, Mina, and Jonathan Harker.

Except…Dracula and his castle were alive and well. Worse, he had been secretly running the Sanguine Council—the governmental body of every vampire in the world—ever since his alleged death, with none the wiser. Not even the vampires.

And Callie’s first Godfather-daughter dance was to go assassinate the Sultan of Suck once and for all.

But she soon learns that Dracula is the absolute least of her concerns. And that some bonds should never be forged. Because once made, they can never be broken…

Callie Penrose is about to show the world fear in a palmful of blood. 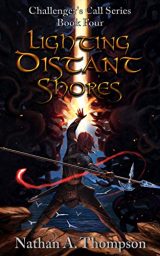 He was too late to stop the darkness from falling.

But there’s still time to raise up a light.

Wes Malcolm has arrived to the world of the Sun-Jeweled Seas, but the cataclysm of this world has already passed. Darkness covers the waters. All but a handful of people have vanished without a trace. And something dark and burning hunts the survivors hiding in their islands.

But the Challenger-Lord of Avalon refuses to believe that all is lost.

He is no longer the damaged teenaged orphan that stumbled into the mists of Avalon. He has rescued two worlds, seen the dead resurrected, unearthed forgotten magics, and received the power of two cosmic dragons. Every impossibility thrown at him so far has proven to be a lie.

He will not accept defeat here, either. Not until he drives back the darkness hiding every shore.