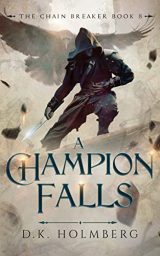 Gavin’s connection to a new power makes him a target.

Having defeated Chauvan, Gavin now controls the strange destructive nihilar power. Though content back among his friends, his presence in Yoran makes the city a target.

When Gavin learns that an ancient enemy has returned to target the El’aras, he wants to help, but doing so exposes Yoran to whatever Chauvan plans. He’s learned he can’t defeat Gavin alone, but what kind of allies will he find? Ancient powers are active in the world, and they all seem intent on destroying Gavin.

As preparations go awry, Gavin finds himself far from those he vowed to protect. To return, he must come to understand everything he’s been taught about magic—all while unable to reach it.

He’s been many things in his life. Assassin. Chain Breaker. Champion. Now he must find a way to be something more.

If he fails, all he cares about will fall. 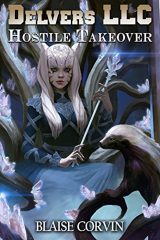 The Delvers LLC group is moving into the unknown. Tasked with a dangerous quest by Dolos, the god of Ludus, they have had to leave one of their members behind. Their journey will be full of shocking revelations as they learn more of Earth’s ancient history.

Forces of evil that have been gathering on Ludus have begun to act. Henry and Jason are rapidly being caught in the middle of a world war. The stakes have never been higher.

Although great, the power they have acquired thus far might not be enough to survive. Will Delvers LLC be able to complete their next mission? More importantly, even if they do, is the fight for the planet one they can even win? 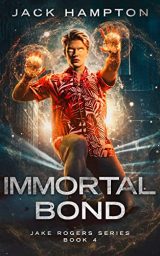 Spring is here, and it looks like someone is planning to bring the rain…

Ghosts are going haywire all throughout Boston, stretching the sentinels thin. Could it all be connected to the same dark force that’s haunted us in the past?

Survey says yes, but no one really cares what I think.

Until an old foe comes to me of all people to help figure out what’s wrong with the very force I walked away from after my brother’s disappearance.

On top of all that I’ve got a mysterious (but maddeningly familiar) burglar and some strange sightings around the city—looks like I’m in for some serious spring cleaning. 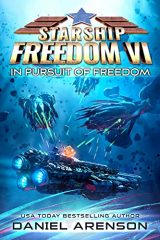 The Aeolians. The galaxy’s most mysterious aliens. For a million years, they’ve been hiding. No human has ever seen them.

James King, commander of the starship Freedom, travels to their secluded world. He seeks to forge an alliance. To learn from the Aeolians their ways of war.

According to myth, the Aeolians once defeated the predatory rahs, alien spiders who are plaguing Earth. Aeolia’s secrets can save humanity.

But King soon learns that Aeolia harbors more secrets than he ever imagined. The Aeolians seem friendly at first… but not entirely honest. Something terrible happened to these aliens. Something they will not speak of. As Aeolia’s secrets begin to unravel, so might the galaxy itself… 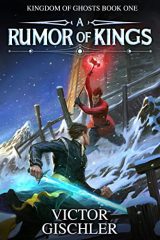 A Rumor of Kings (Kingdom of Ghosts #1) – Victor Gischler

He’s a gambler, womanizer, opportunist, and inebriate … and the kingdom’s only chance.

Greymond, the Scattered Kingdom has been without a king for hundreds of years, a place ruled by squabbling barons and dukes. Occasionally, rumors arise: a king of the old blood has returned to claim his throne. These days, such claims are met with groans and eye-rolls. Pretenders abound … and are generally ignored.

But scheming powers are plotting, machinations that have been in the works for years, and this time …

Enter Merrik Niles. A thief hired by dangerous people to steal a map, he instead keeps it for himself, hoping to follow it to some mysterious prize.

The treasure turns out to be an ancient artifact connected to Greymond’s last king, and when Merrik touches it, he triggers long-dormant magic. Now, three ghosts have taken up permanent residence inside his mind: A cunning, smart-mouthed jester. A master swordsman. And a powerful wizard.

At first, Merrik believes he’s going mad, but at times, these troublesome ghosts lend him their powers… for good or for bad.

Merrik is swept along in a scheme to put a fair-haired pretender on the throne of Greymond, making him the target of powerful enemies across the Scattered Kingdom who prefer the realm as it is.

All the while, a new army rises across the mountains … and they’re coming. 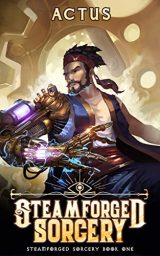 Ancient Magic brought the world to its knees. Now, Angel is bringing it back.

In the time that passed, society rebuilt, mixing machinery and magic to form something new. Great blimps took to the sky, belching steam and smoke as metal city-states sprouted like weeds below.

Angel, a daring adventurer, scours the desert endlessly in search of ancient magic. When he’s given an offer he can’t refuse, he finds out that he’s not the only one seeking lost knowledge. His opponents wield magic that the world has forgotten, and their methods leave cities razed and the innocent in their wake.

In a race against a group who has lived in the shadows since the Great War, Angel will have to determine just how far he’s willing to go to accomplish his goals. 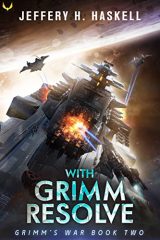 Jacob Grimm returns as CO of USS Interceptor just a few weeks after he graduated from command school. He’s immediately sent on a rescue mission to the far side of Zuckabar, with no backup and dwindling supplies.

When an unknown enemy cripples his ship on the outskirts of the system, the crew must come together and track their mysterious foe out into the unknown.

An incredible discovery leads them to another system. Trapped on the wrong side of a starlane with an enemy that outguns them and civilians to rescue, Jacob must push his crew to the very edge of their ability.

If he can’t, they will all die out in the black with no way to warn the Alliance of the new threat on their doorstep, and all two million souls on Kremlin Station will pay for his failure.