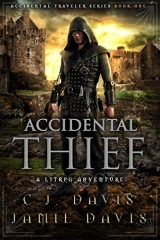 Stuck in the Game, Can He Get Home?

What can he do to turn his luck around?

Wandering through a flea market, a strange woman starts to talk his ear off. She won’t let him leave. He doesn’t want any of her junk, that is, until she pulls out a bootleg copy of a new game. Maybe he can forget his troubles for a few hours?

What happens next, turns Hal’s life upside down. 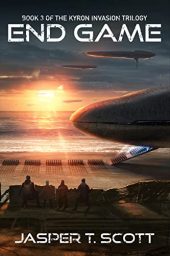 Chris Randall and his family are on the run with a group of renegade soldiers led by General Gold. Having stolen a Kyron shuttle and escaped from the occupied cities, they are safe—for now.

General Gold has a plan to strike back against the Kyra. Meanwhile, one of Earth’s old colony ships has returned, and they have revealed the invaders’ weakness: the Chrona.

But are the Chrona a new enemy, or a friend? Chris isn’t sure, and he isn’t convinced that striking back is a good idea. Yet, one thing he knows without a doubt: the fate of the human race hinges on the answer. 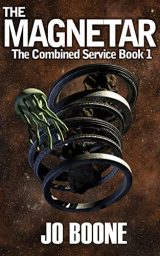 A second chance… at life.

When a natural disaster destroys Charlie’s planet, she almost survives the carnage, dying just a few minutes before a rescue crew would have saved her.

When she wakes up again, a number of surprises await her, not the least of which is that she’s been brought back to life. In addition to that unlikely event, she’s also been taken to another planet and drafted into the Combined Service, a service composed of all the allied races—octopods, gu’ul, avians, and the upstart humans, who the others aren’t sure they can trust.

Being drafted does serve one purpose, though: it allows her to get off the planet on which she finds herself, giving her the only chance she has to get back to the planet of her birth, where she hopes to find her missing family. When she’s offered the chance to serve aboard the Magnetar, the first jointly operated cruiser of the Combined Service, she seizes the chance.

But the Magnetar is on a dangerous mission: to return an octopod terrorist, Praetori, to the home world of the octopods. No one has ever successfully held an octopod captive, and the only thing found of the last ship that tried—the Roggewein—were tiny pieces.

Will Charlie and the Magnetar see the prisoner transfer to its successful conclusion, or will they suffer the same unexplained and disastrous fate as the Roggewein? 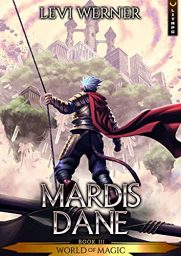 Whoever told Lox magic was safe, was lying.

The time spent clearing the city of Westia was beneficial for all the immortals, making them stronger. But Lox is restless.

Not wanting to settle down in the city they were building for the immortals, he leaves the city behind in search of new magic and wonders out in the Shattered Continent.

Lox soon finds himself in the magical city of Mardis Dane. Floating in the clouds, the city is everything Lox hoped it would be, full of magic and mysteries.

But all is not well, and soon unknown forces will ravage this wondrous city… 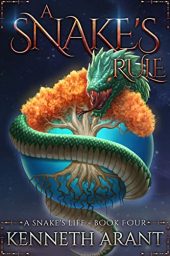 Love can make monsters of us all. Some monsters are just more dangerous than others…

Torga, the man once known as “The Devourer,” survived the destruction of his own universe by the skin of his teeth. Now he’s faced with an even more terrifying ordeal: rebuilding that universe from scratch.

At least he’s not alone this time around. He’s saved his dear wife, Reina, by granting her the unparalleled abilities of a goddess, but he’s also painted an enormous target on her back in the process. Now, beings from across the multiverse want to take her newfound power for themselves, and they’ll do anything and everything to get it. Torga has more to lose than ever before. The very existence of their universe hangs in the balance…

It’s time for The Devourer to bare his fangs once again. 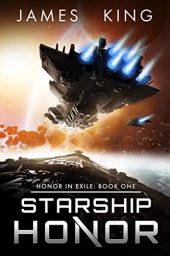 Humanity has fallen. Only one ship can save us.

After a disastrous encounter with an alien species, Captain Roc Masters finds himself exiled on a rundown station in the asteroid belt, commanding an ancient starship with a near-mutinous crew.

Just as he finally resigns himself to his fate, the aliens return to attack Earth.

With the inner worlds crumbling and most of the Earth and Martian navies sidelined or destroyed, it’s up to Roc and his lone starship to hold the line.

He knows he must gather together what little humanity there is beyond the asteroid belt and make a stand against the aliens.

But first, he’ll have to survive the armada sent to finish him off. 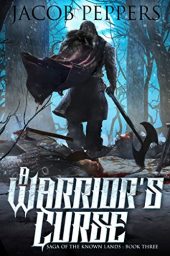 I am fire and all I touch turns to ash.

Despite the odds, Cutter and his companions managed to bring Matt to the capital where he was crowned king. But instead of getting better, things have only gotten worse.

The Known Lands and its people stand at a precipice. One false move, one mistake, and they will all fall into the abyss.

Cutter wants only to protect his people, to right his many wrongs.

But a warrior’s hands are made for killing, not healing, and fingers drenched with blood can only ruin anything they touch.

Such is the warrior’s truth.

Such is the warrior’s curse. 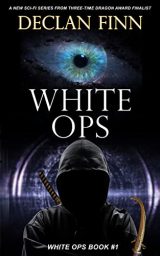 The Pharmakoi rampaged across dozens of star systems, taking on the toughest races in the Galaxy in their campaign of conquest. But they are only the beginning.

Sean Patrick Ryan sees that another race is behind the Pharmakoi expansion ; a race that wants to test our galaxy for weakness, and who needs to be eliminated from within. To fight the enemy in the shadows, Sean will put together a strike team to light up the darkness— with nukes if necessary.

They will get the job done at any cost.

They will be White Ops.