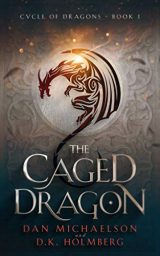 A young man wanting to protect his family begins an epic journey.

Life on the farm at the edge of the kingdom is anything but routine for Ashan. The plains around Berestal suffer from severe storms, making travel to the city difficult, with the threat of an attack from the people of Vard always looming. He long ago abandoned dreams of serving as a dragon rider, caring for his injured father and brother, but everything is about to change.

A Vard attack forces Ashan to risk everything to protect his sister. Doing so brings him closer to the dragons than he had ever imagined, but brings him into a war he never intended to join. Somehow, Ashan and his best friend might be the only ones able to prevent the Vard from reaching a prize they’d long sought, if only they can survive the dangers of the forest, the mysterious Djarn people, a terrifying creature chasing them, and the power of a dragon mage. 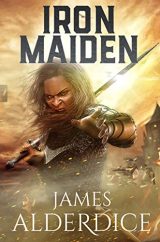 Aisha has a bad reputation especially once she finds a secret map. Now everyone wants the map and her head…

Aisha wants to serve her country and atone for past sins but things never go the way they should. When she rides into the borderlands, she finds a treasure map to the legendary graveyard of dragons. She doubts it truly exists, but everyone else from bandits to invading armies and even a lusty princess want to get their hands on the map. As she unwillingly begins her quest, she’s not surprised when the blood begins to flow…

The journey will take her across a cursed landscape brimming with foul sorceries and terrible monsters. The promise of both treasure and revenge is irresistible. Surrounded by bloodthirsty enemies, can she survive and claim her reward?… 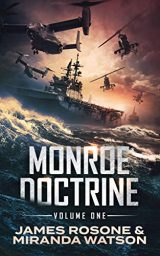 Spies converge on the Caribbean…

…In the midst of the chaos, opportunity rises.

In the wake of the new Global Depression, the governments of the Caribbean and South America are in free fall—that is, until a benefactor makes them an offer they can’t refuse.

Since the 1800s, the US has held to the Monroe Doctrine, which maintains that no foreign nations will be allowed to interfere within the United States’ sphere of influence. However, with America divided and civil unrest spreading across the country, the Chinese see this as their chance.

Will China’s AI-Supercomputers outsmart the West?

Will they succeed in supplanting the United States? Is the West capable of pulling together one more time or will they go down in history as a group of failed states? 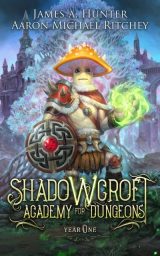 Shadowcroft Academy For Dungeons: Year One – James A. Hunter and Aaron Michael Ritchey

Wounded Army vet Logan Murray thought mimics were the stuff of board games and dungeon manuals… right up until one ate him.

In a flash of snapping teeth, Logan suddenly finds himself on the doorstep to another world. He’s been unwittingly recruited into the Shadowcroft Academy for Dungeons—the most prestigious interdimensional school dedicated to training the monstrous guardians who protect the Tree of Souls from so-called heroes. Heroes who would destroy the universe if it meant a shot at advancement.

Unfortunately, as a bottom-tier cultivator with a laughably weak core, Logan’s dungeon options aren’t exactly stellar, and he finds himself reincarnated as a lowly fungaloid, a three-foot-tall mass of spongy mushroom with fewer skills than a typical sewer rat. If he’s going to survive the grueling challenges the academy has in store, he’ll need to ace the odd assortment of classes—Fiendish Fabrication, Dungeon Feng Shui, the Ethics of Murder 101—and learn how to turn his unusual guardian form into an asset instead of a liability. 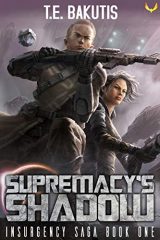 Someone betrayed him. He’ll probably die finding out who.

For Hayden Cross, a military investigator in the far future, whether his wife faked her death is the question that is probably going to get him killed. Having lost the only job that kept him sane, he has few resources and fewer leads. Oh, and a sadistic crime lord really wants to kill him.

As he fights through an underworld of fanatical rebels, callous bounty hunters, and corrupt cops, each step takes him closer to the truth about his wife’s fate and the oppressive government he once loyally served. On the way he may even liberate a planet and stop a war … but only if he betrays everyone he loves. 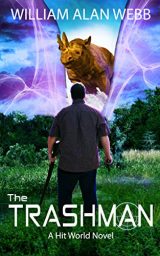 When the 9-11 attacks wiped out America’s government, and the timid remnants refused to commit the US military, patriotic mercenaries went abroad to hunt down those responsible. They were the LifeEnders, who executed the responsible terrorists on live pay-TV.

Seeking to lessen the crime rate back home, the government allowed them to form LifeEnders, Inc., to perform contract killings for anyone who could afford to hire them. But only licensed Shooters could accept a contract, which ensured the government got their cut.

After fighting overseas to avenge his wounded country, Duncan Steed built a lucrative LifeEnders franchise and lived well. Until he fell in love with the wrong woman. After that, nothing ever made sense again.

When Steed breaks the one unbreakable rule of Shooters—for love, naturally—he quickly discovers that reality bears no resemblance to what he’s been taught. The first hint is when the orange rhino charges through a rip in the sky… 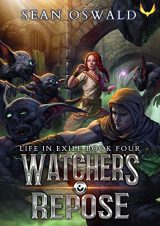 The Nelson’s have grown tired of waiting for danger to come to them.

Now they are going to take the fight to their enemy.

Whether that be hit and run attacks against a much larger goblin army by Emily, a raid into the sewers under the capital by Jackson, or the final confrontation with Duke Holstein, they are taking their destiny into their own hands.

They will exploit the dungeon’s time distortion, develop new crafts and even learn the secrets of cooking with cilantro.

All this and more as they seek to put to rest any challenge to their place in Eloria. 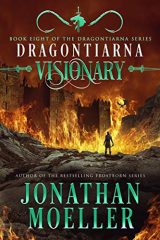 The legions of the Heptarchy have invaded Andomhaim, and Ridmark Arban stands in their way.

But without aid, Andomhaim cannot defeat the Heralds of Ruin. To seek out the weaknesses of his foes, Ridmark must travel into the depths of the Heptarchy to seek out the mysterious wizard called the Master of Keys.