Next week’s SFF New Release will be postponed to 5 April 2022. 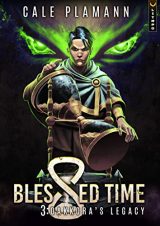 A New Threat Arises, And Time Itself May Not Be Enough

Retirement or polite exile. Whatever you want to call it, it had been kind to Micah Silver. He had saved his home of Basil’s Cove at the cost of his reputation, leaving the country to avoid further complications and settling into the comfortable life of a guild master, running a small but elite adventurer’s guild.

When war and nefarious forces split the realms, Micah dives into the breach once more, confident in his stupendous magical power and time magic will keep him and his friends safe. It won’t.

He fails, and a new enemy with a familiar face has followed him back into the past, wreaking havoc on the timeline. Now Micah’s only chance comes in the form of a map, guiding him halfway around the world to the laboratory of the greatest wizard that ever lived. If he’s going to have any chance in the coming confrontation, he will need to arm himself with the powerful artifacts she left behind.

But his enemy knows the location of her laboratory as well, turning his quest into a deadly race with consequences for all life on Karell. 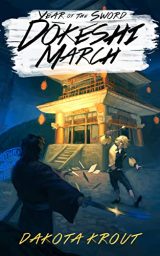 The House is in control. The House always wins. The House has rolled out the red carpet to welcome you home.

Grant looks forward to the vast megalopolis that is the District of March. He’s finally got a real companion, not just a voice in his head pretending to kill him over and again, and Suki’s perspective is invaluable. She’s a Noble, a warrior, and a noble warrior. With two months of intense physical training under his much-tightened belt, Lord January is ready to face whatever his next challenge might be.

Dokeshi March has decided that the District needs to be fun, and what’s more fun than games of chance? More games of chance! So many, in fact, that even purchasing basic needs is a gamble. Even so, no one complains, and why would they? That would mean they thought the game wasn’t fun! That it wasn’t fair! That line of thinking would set them at odds with Dokeshi March.

Now there’s a bet no one would be willing to take. 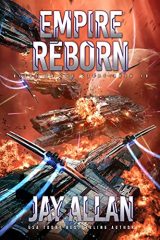 The human powers have been pushed to the brink, battered and almost destroyed. Their sole possibility for victory, the virus they have invented and deployed seems to be too little, too late. It’s usage has only spurred the enemy to quicker action, to finish the war before they have to deal with its effects.

But the humans do not know that the Highborn are faced on another front, by a race they know little about but have battled for two centuries. The Highborn have decided to try and end that war, too, to lash out with all of their forces to eradicate the enemy, and impose peace onto the galaxy…the peace of their own, undisputed rule.

As the Highborn begin to lash out on both fronts, to complete the victory they believe is theirs, both of their foes dig in, bringing forward everything they can, fighting with all both sides have to defeat the Highborn, to secure freedom in the galaxy. There is titanic warfare all around space, massive fleets fighting desperately…but only one side can prevail, and rule space for the next 10,000 years. 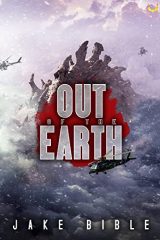 Out of the Earth – Jake Bible

Something else has been living beneath the Earth. Now, it’s their time to rule…

The Yellowstone supervolcano has begun to erupt, sending North America into chaos and the rest of the world into a panic. People are dangerous and desperate, knowing this will plunge the continent, and the world, into perpetual winter.

Out of the massive chasm comes more than ash and lava. Giant monsters emerge, bent on destroying everything in sight.

Federal Marshal Lu Morgan and a ragtag group of survivors and soldiers must fight hard to stay alive and beat back the invasion of massive creatures.

It is a race against time, and a race for survival, as all involved struggle to find answers as to where the monsters came from and how to stop them. 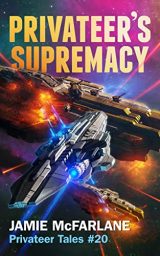 Invasion is imminent, the time for diplomacy is over. Will bold actions lead to ruin?

Liam Hoffen wants nothing more than for the people who call the Mhina system home to be left alone and allowed to forge their own destinies. With over a year having passed since House of the Bold’s stunning defeat of the Mendari army, Elea Station has become home to the refugees from the Mendari War and has opened its doors to any who want to live freely.

The only problem is that Kifeda House and the Strix are plotting to overthrow this thriving and fast-growing trading hub. The action really gets rolling when hundreds of proximity sensors are suddenly blacked out and communication is lost with the remote colony of Faraji. With the lack of information, Liam and crew hastily assemble a quick-reaction force and set off into the deep dark to confront whatever enemy awaits.

When Ben Murdock receives a text message offering a fully operational starship for sale, he’s certain it has to be a joke.

Already trapped in the worst day of his life and desperate for a way out, he decides to play along. Except there is no joke. The starship is real. And Ben’s life is going to change in ways he never dreamed possible.

All he has to do is sign the contract.

Joined by his streetwise best friend and a bizarre tenant with an unseverable lease, he’ll soon discover that the universe is more volatile, treacherous, and awesome than he ever imagined.

And the only thing harder than owning a starship is staying alive. 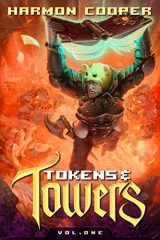 A writer turned barbarian.
A human turned magical spellbook.
A tower that’s going to kill them both if they don’t band together.

Portaled to a fantasy world and told to climb a tower, Randy and Clovis, two complete strangers, must join forces if they hope to survive. Competing against them are other contenders known as ascendants, all of whom have their own reasons for reaching the top of the tower.

With each floor of the tower presenting a different obstacle, from quests to all out sudden death combat, Randy and Clovis are going to need to stay on their toes. The only problem is, Clovis doesn’t have toes. He’s a spellbook who doesn’t know how to use his own magic. And Randy has toes, but he’s more interested in trying to get rich quick and game a system he clearly doesn’t understand.

But they’ll get there.

Or at least they’ll die trying.