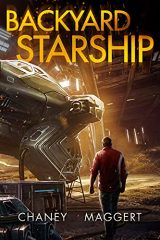 When Van Tudor returns to his childhood home, he inherits more than the family farm.

His grandfather used to tell him fantastic stories of spacemen and monsters, princesses and galactic knights. Little did Van realize, the old man’s tales were more than fiction. They were real.

Hidden beneath the old barn, Van’s legacy is waiting: a starship, not of this world.

With his combat AI, an android bird named Perry, Van takes his first steps into the wider galaxy. He soon finds that space is far busier and more dangerous than he could have ever conceived. 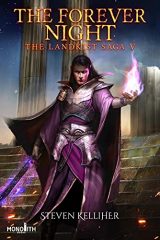 The last Sage is dying.

After a titanic battle fought among the frozen waves of the north, the War of Sages has come to an end. But as the heroes of the Valley have discovered, the centuries-long conflict between immortals was little more than a prelude.

In the wake of Queen Elanil’s folly, the World Apart has come in force, bringing with it the fury of a dark and vengeful god. The horizon is a ruin. Oceans burn. Last Lake shimmers and shivers under an assault the likes of which the Emberfolk have never seen before.

While the peoples of the world attempt to weather the war that was foretold, Kole, Linn and the heroes of the Valley limp toward the broken lands of the south in the company of the man the Emberfolk have long held up as their greatest enemy.

The last Sage is dying. And with him, the last hope for the world. 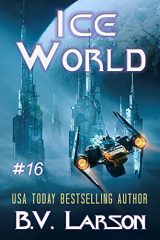 Long before Earth began conquering her neighboring stars, Legion Varus was deployed on Tau Ceti. Valuable and highly illegal treasures were stolen during the campaign, but McGill never gave it a second thought.

The Tau haven’t forgotten him, however. For decades they’ve hunted and plotted, and at last they’ve found the pirate who robbed them. Tau agents invade Earth seeking revenge and profit. Caught up in violence and intrigue, McGill is given the task of finding out where the loot has gone and who was responsible for the theft in the first place. The hunt takes Legion Varus to ICE WORLD, a distant planet with an inhospitable climate.

Read about great battles and shifting alliances in ICE WORLD, book #16 of the Undying Mercenaries series 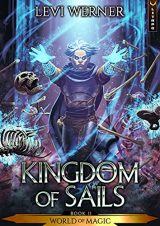 The future lies within our minds…

Paralyzed in a workplace accident, Lox’s life is looking bleak. He can’t even use the cutting-edge hardware that would allow him to play in the full-immersion-games that have become so popular. This all changes when he hears from New Universal Frontiers, the company with the best game out there: World of Magic.

They offer him the ability to use their hardware despite his injuries, but at a cost… he can never leave the game.

Lox has made friends and gotten a good start to his new life in WoM.

After spending some time hunting down the remnants of the pirate fleet, Lox is guided by Vannessa down to the Kingdom of Sails. There he gets swept up a quest that will shake this kingdom to its core.

Sailing his ship, the Audacious, Lox embraces a life of the high seas and explores this strange realm nestled in one of the most beautiful and enormous archipelagoes in any world. 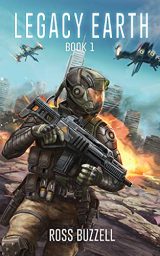 With an 85% dropout rate, find the strength within or go home.

So far, Officer Candidate School is living up to its cutthroat reputation. Still, the merciless mental, physical, and psychological torture may be worth it for Lance Warder to have a chance to fight in space.

The space that awaits isn’t for the faint of heart. He’ll have to shed his mental chains to prove his mettle. Because no one cares who your father is when you’re faced with unknown threats in a dark, infinite void.

To help deal with the everyday grind of survival, evasion, resistance, and escape training, Lance will join a boxing league and even find himself in the middle of a mysterious AI takeover that may spell doom for mankind. 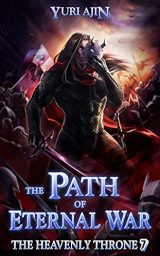 The Path of Eternal War (The Heavenly Throne #7) – Yuri Ajin

Cultivation is a struggle through which the weak are forged into Masters. If you want to ascend, you need to heed the teachings of the ancient warriors and the wars that raged across the worlds.

The best place for an Exorcist to develop in the world of Nikrim is the Cloud Abode.

Millions of cultivators dream of getting there, devoting their youth to the path of cultivation. Those who have already proved to be worthy and have become Abode students continue to strive for more, trying to overcome their limits, and reach the very peak of their development.

Kai has fulfilled his goal of conquering the Cloud Abode. In a fight against a brilliant cultivator, he put all his knowledge and abilities to the test, fought harder than he had ever fought before, and became the First on the List of Ten Thousand.

Five years have passed since then, and Kai has never stopped developing. There’s still a long road ahead of him. One too long for him to stop.

Once again, he embarks on a journey, paving his path through the world of cultivation, where there are always new heights to reach! 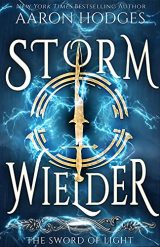 Not all magic is a gift…

When Eric was young, a terrible power woke within him, destroying all it touched. Horrified by what he had done, Eric fled his village. For two years he has wandered the wilderness alone. Now, determined to redeem himself, Eric seeks a new life in the town of Oaksville.

But this world is not the same one he left behind. The power of the Gods is failing, and dark forces have crept into the Three Nations. Both will seek to use Eric for his magic. With a war brewing, Eric must tread carefully to survive the coming conflict.