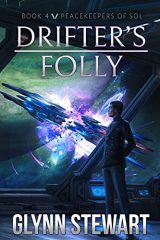 When United Planets Alliance Captain Henry Wong and Ambassador Sylvia Todorovich attempted to bring peace to the Ra Sector, they turned to the Drifters for neutral ground. Instead, the nomadic spacers betrayed the summit and attempted to kill everyone there.

With peace forged despite the Drifters’ betrayal, Henry and Sylvia take an elite squadron in pursuit of the Drifter Convoy. Their enemies have friends at every turn, neutral worlds who will give them shelter—and if the UPA breaches that neutrality, everything Henry and Sylvia have worked for could crash down in flames.

If the UPA is to keep the peace in the stars of a fallen empire, their diplomats must be untouchable, their honor unblemished. But as Henry’s superiors prepare for all-out war, his ships fly ever closer to a deadly trap laid by an enemy that knows them all too well… 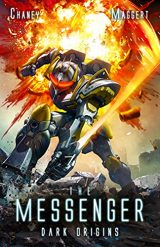 When a ship emerges near the growing expanse of The Kingsport, the captain tells a chilling story–Deepers are among humans,across the galactic arm in the region Dash began his march to greatness.

The enemy is not standing still. Bishops and Battle Princes attack across a massive front, leading fleets of Deeper craft that straddle the bridge between life and machine.

Fighting over a span of light years that boggles the mind, Dash and his crew are drawn farther out in the big black than any human has ever gone—-or so they thought, for a small beacon of humanity drifts, alone, frozen, and ancient, out where the light of days is older than the history of mankind.

Capturing the object, a secret is revealed, and the war, and Dash, will never be the same, for his mission just got a lot harder, and the enemy has changed their face yet again.

With the Kingsport and Anchors under withering fire, Dash will lead his fleet into the teeth of an enemy force that has beenlying in wait for a million years, and they will stop at nothing to turn humans into biomechanical servants who drift among the stars, dreaming of a peace that will never come.

Unless Dash can win. And he always wins. 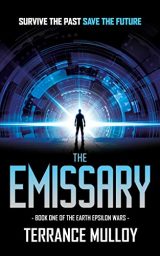 Arriving home after a harrowing tour of duty on a hostile alien world, USC Sergeant Matt Reeves has just learned the enemy – an insidious humanoid species known as the Wraith – may be preparing to attack Earth again. A widower with a nine-year-old daughter, Matt doesn’t need any reminding of what’s at stake. With much of Earth still in ruins, and its military forces stretched beyond capacity fighting an interstellar war, there is no way mankind could survive another invasion. Teetering on the brink of defeat, the United Space Command is desperate to find some form of leverage.

Matt learns the USC have been secretly experimenting with time travel to alter the outcome of the war – and they want him to be their next guinea pig – sending him back to Washington DC, forty-eight years before the invasion. His mission: help a small team of scientists locate a brilliant virologist, whose work may hold the key to eradicating the Wraith from existence.

Can Matt and his team successfully change the future and save mankind? Or will they learn the Wraith have already altered the past and won the war? 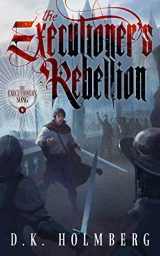 Executioners bring order to chaos, but will Justice be enough to stop what’s coming?

As executioner within Verendal, Finn takes on more responsibility, especially now that he’s saved the kingdom from repeated attack, but he still struggles with his place within the city.

When protests erupt within Verendal, with those from the poorer sections clashing with Archers, Finn finds himself investigating a very different kind of crime than he’s ever pursued. Worse, it’s one that might involve witchcraft he doesn’t understand, and this time his usual tactics won’t be enough. Asked to be more than the Hunter, he doesn’t know what that means for him.

Finn must find those responsible before the city falls into chaos, but it might be too late to keep the violence from spreading throughout the kingdom. 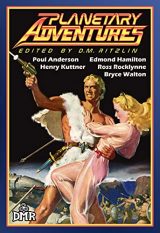 Heroic tales of sword-swinging adventure can sometimes be found in unlikely places—such as the pages of Golden Age science fiction magazines! Rather than being set in the dim past or a fantastic dream-world, the stories in this collection take place on other planets. Journey to Luna, Mars, and worlds even more distant with these classic tales by five masters of adventure science fiction!

Stories included:
“The Temple of Earth” by Poul Anderson
“World of the Dark Dwellers” by Edmond Hamilton
“The Eyes of Thar” by Henry Kuttner
“The Empress of Mars” by Ross Rocklynne
“Man of Two Worlds” by Bryce Walton 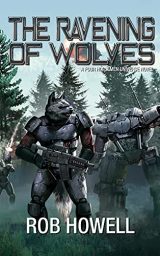 Duty has crushed the honor of the Stalkers in the Stars.

A battle, one they never wanted to fight, has staggered the Queen Elizabeth’s Own Foresters.

Together, both Zuul and human must pick up the pieces and strike at the ones who betrayed both of them.

But there is no time. They must stand together on the field of honor in a matter of weeks, and they must rebuild their units, garner the weapons they’ll need, and find a way to keep from killing each other.

Their foe awaits, leading four times their numbers, and they know they have scant chance for victory. It’s time for the Stalkers and the Foresters to show their tenacity and versatility to ensure that none forget their courage, their prowess, and, most importantly, their honor. 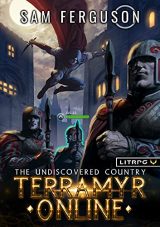 Almost as exciting as the chance to have Archeologist Brian Harris’s dig sites modeled in an interactive virtual reality, is the chance to alpha test the newest Terramyr Online game for the company providing the tech.

The arrangement is simple, test the game, play the main storyline, and report any glitches. In return, the game’s main designer will render fully virtual models of the dig sites that will not only ensure Brian’s successful graduation, but set him up for life as he uncovers the secrets hidden within a trio of ancient Chilean volcanoes. Stavtech’s main developer is ridiculously demanding, but a sneak peek at the game is too good to pass up.

Trouble is, some of the glitches are interfering with the dig. Throw in the fact that the volcanoes are more active than they have been in the last several decades, and Brian is in for the challenge of his life.

Somehow, he needs to finish the dig in three weeks, otherwise, the Chilean government is going to shut the site down for fear of a volcanic eruption. Grabbing his shovel and pick by day, and fighting monsters, bosses, and hunting down glitches by night, Brian soon becomes embroiled in an adventure that will change the course of his life forever… as long as he doesn’t die first. 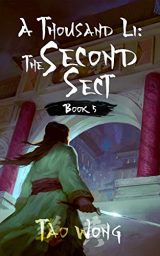 Not All Injuries Heal True.

Wu Ying saved his master from the machinations of the dark sect but was gravely injured during the process. His body has changed, his bloodline awakened and his cultivation compromised. Physicians and healers at the Verdant Green Water can do nothing for him.

Forced to travel to a new sect for healing, Wu Ying might find opportunity in his distress. But the dark sect is not done with him, or their machinations. Caught up in the winds of war, Wu Ying and his friends must continue to balance their journey to immortality against the pull of mortal politics.