Ice, monsters, wood, iron, and blood. What else will we find in this week’s new releases? 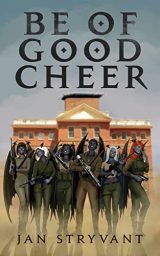 Having taken the Auction House in Bartertown, Mihalis must now keep it. Thankfully, five of his sisters who recently unlocked their ‘cubi aspects have come to help. As all of them are members of the self-styled ‘Sisters of Steel’ and Alska their leader is with them, he’s feeling good about the situation as they’re all experienced warriors.

However this still leaves him with his other problems: A dozen women whom he just rescued from certain death that he now has to take care of, protect, and figure out what to do with until he can send them home; Dr. Ruxton, who is most certainly up to something other than what he claims to be doing – but who has actually done a lot of good in the world for all that he is a ruthless man; a profitable black market business that needs to be run in such a manner as to make sure that those profits end up in his pocket, and a dark elf house that needs to be put in its place and taught a lesson.

At least it won’t be boring. 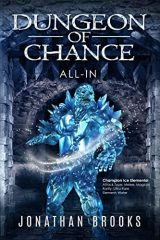 The Dungeon Core known as Clay had successfully trained up the local Heroes of Sunfall Island to repel the recent attack by a World Threat, but as he was beginning to prepare for the next Dungeon Adventure Season in his dungeon, something happened to bring his plans to a screeching halt.

In short, his little part of the world was unexpectedly invaded by thousands of foreign Heroes.

Now, due to a new “World Event” that involves a competition between two types of Heroes – the Hero Guilds from the mainland and the new arrivals – Clay is tasked with creating something called the Tower of Trials. This 100-Floor Tower is greater in scope than anything he’d ever created before, and according to the Event, he only has six months in which to complete it. Even more than that, the Dungeon Core needs to somehow train the massive influx of Heroes in a new way so that they are prepared for the Tower of Trials.

But how can Clay juggle his normal dungeon training and designing an entirely new Tower at the same time? Sometimes the only choice is to embrace the challenge, take some risks, and go all-in. 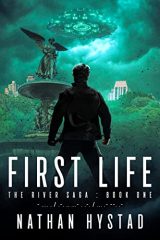 Colton Beck has six months to live. He works for the Angor near Los Angeles, aware that any day could be his last.

The Angor arrived twenty years ago, resolved to help mankind survive, but not everyone believes their motives are honorable.

When the Angor offer humanity a colony world, Colton is determined to see another planet before his final breath. He’s been diagnosed with Xeno, a rare disorder that surfaced with the Angor’s arrival, but he won’t let this stop him.

With the help of his old friend Indie Hart, now the single most powerful human on Earth, he joins the Expedition to Dicore.

What they find on Dicore is far from idyllic, and Colton struggles to navigate their new existence while coping with his impending death. 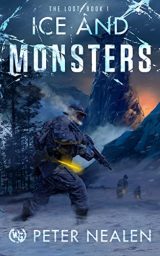 Recon Marine Conor McCall didn’t expect action during his training op in the icy waters off Norway. But when a bizarre summer fog engulfed his boat, he and his team found themselves in a pitched fight against strange, cruel monsters emerging from the coastal depths of the North Sea.

That was just the beginning.

Stranded in a barren land of mountains, glaciers, and black pines, far from home and unable to contact the world they came from, the Marines must prepare for war against murderous barbarians, wicked sorcerers, and foul creatures summoned from the oldest, deepest, and darkest pits of hell.

When even their allies are enemies, the Recon Marines must do what they have always done: adapt or die. But with a world of ice and monsters seeking to destroy them, every second is mission-critical. 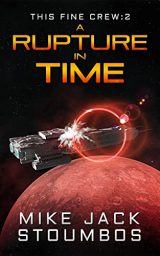 A Rupture in Time (This Fine Crew #2) – Mike Jack Stoumbos

Cadet Darren Lidstrom and his multi-species squad are climbing the ranks of the Interstellar Initiative, but their public reputations are burdened by a highly-sensitive secret: the four cadets are the only ones who’ve successfully made contact with the dangerous spacial entity called “The Wallless.” They’d tell you about it…but they’re under orders not to.

When dangerous phenomena occur on the Initiative’s flagship, even experts can’t tell if the occurrences are due to sabotage or from some ability—whether intentional or unintentional—of the entity. Tensions ratchet up even further when a warning the squad received from the entity comes true—and then it shows a vision of the ship’s destruction that no one knows how to either prove or, worse, prevent.

With suspicions and accusations flying in all directions, and the flagship’s crew faced with an emergency order to abandon ship, Lidstrom must decide how much trust to place in the flagship’s officers and in his fellow cadets—especially since making the wrong choice will probably mean the death of the crew and the Initiative itself. 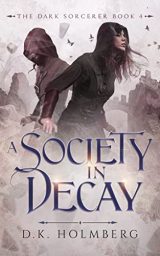 Jayna has revealed the depths of darkness within the Society. Now she has to cleanse it completely.

Jayna has stopped a deadly dark magic attack on Nelar. While searching for her long missing brother, she learns of a dangerous new dark magic.

Stopping the dark magic means taking a path she’d never thought she would, but the rot within the society means she must try to be more than the Toral Ceran trained her to be, but means she must embrace a power that might be darker magic than she can withstand. 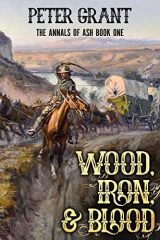 Sometimes wanderlust skips a generation… but when it strikes, it strikes gold.

In 1852, fourteen-year-old Jeremy Ash rises to his grandfather’s challenge and sets out on the adventure of a lifetime – the California Trail.

It’s four deadly months and 1,600 merciless miles from the Missouri River to the goldfields of the Sierra Nevada. There’s alkali water that’ll poison you; desert heat that’ll fry your brains; mountain passes that’ll crush you; swarms of biting insects that’ll drive you mad; deadly diseases that’ll plague you; and warrior tribes that may make it lethally clear they don’t want you there.

Will the California Trail kill Jeremy, like so many others before him? Or will it make a man out of him?